Prepare for the outrage: The vice-president jokingly refers to a Wisconsin custard shop manager as a "smartass" 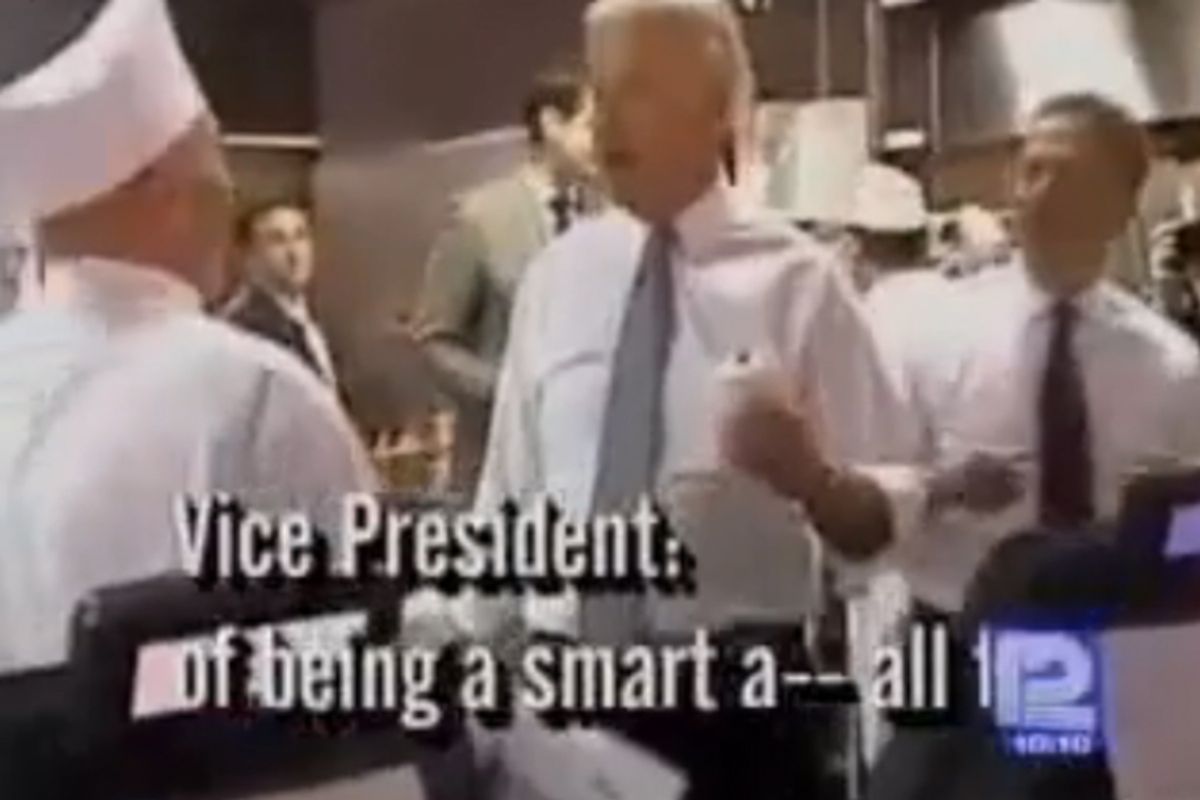 Vice President Joe Biden committed a major "gaffe" when he joked around with a guy at a frozen custard shop in Wisconsin last Friday.

When Biden asked the manager of the custard store how much he owed him, the manager said, "lower our taxes and we'll call it even."

The constantly Drudge-baiting LA Times newsblog promises: "You will hear about Vice President Joe Biden's trip to the Wisconsin custard shop many times over the course of the next five months." If you do, it is because people whose livelihoods depend on attention from Drudge or Andrew Breitbart have a vested interest in making things like these into controversies.

(The manager is already under attack from the liberal media. Specifically, Washington Post staff writer Dan Kois is attempting to smear and discredit this heroic small business manager by saying he was a jerk as a boss.)

I'm not sure even our current, mostly shameless, Cheney-worshiping right-wing press can really get away with feigning too much outrage over this. Though considering that the target was neither a New York Times reporter nor a Democratic senator, they may yet surprise me.