"When did we become a nation that ignores and berates our friends and calls them irrelevant?" 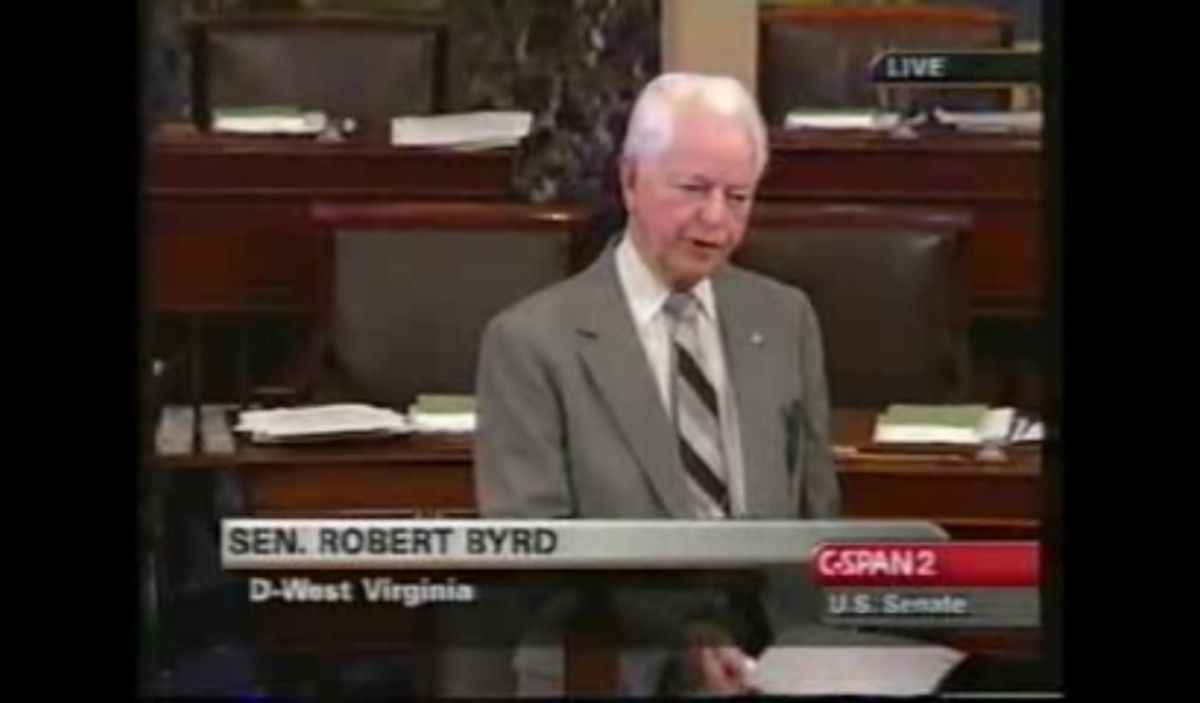 The outcome was already apparent when the Senate began its official debate over the authorization of the Iraq war in October 2002. But Robert Byrd, then 85, still took to the floor and delivered one of the most significant speeches of his career, an impassioned plea to President Bush to reconsider his zeal for war. Months later, on the eve of the March 20 invasion, Byrd spoke up again, with a last-minute warning that proved tragically prescient.

You can listen to the complete 2002 speech and watch highlights from the 2003 speech below. Ironically, 14 years before this riveting speech, Byrd's fellow Democrats nudged him out as their Senate leader, in part because they felt he wasn't an effective communicator in the television age.