The newspaper declares Enron-inspired Sarbanes-Oxley law struck down by Supreme Court. Er, not so fast 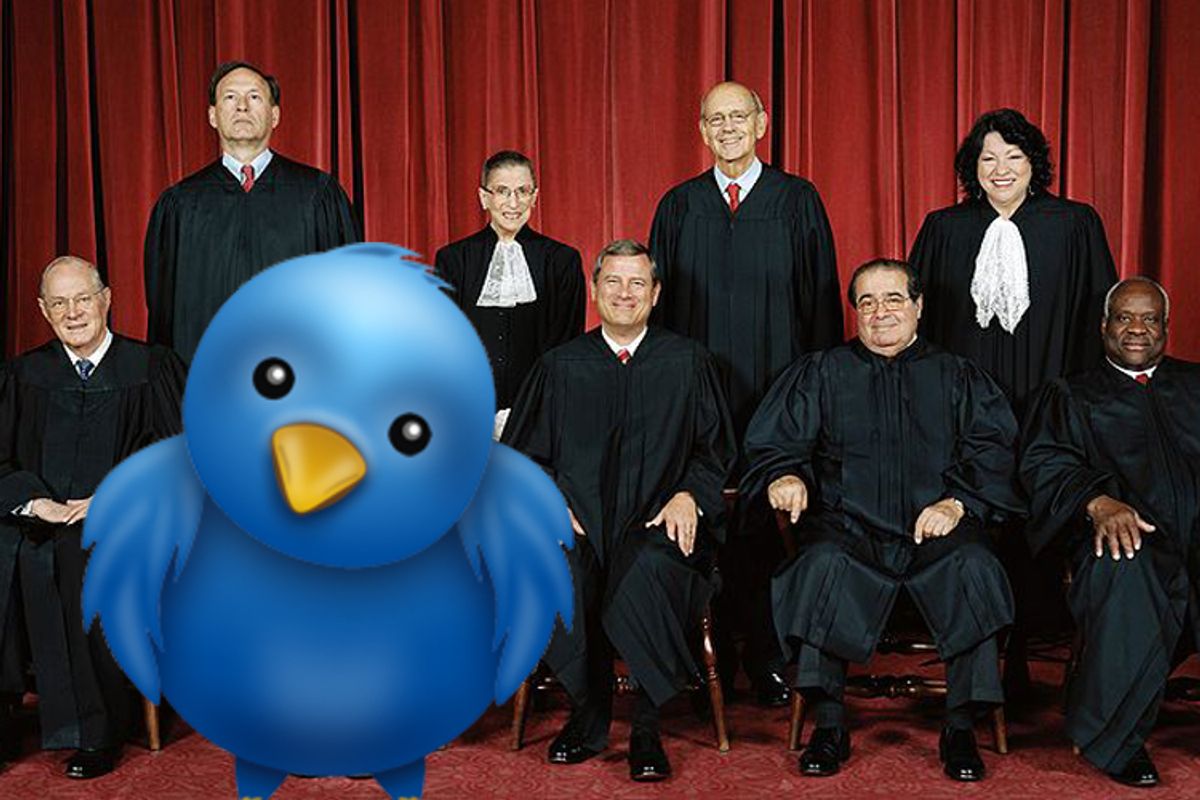 The Wall Street Journal has never made any attempt to hide its antipathy for Sarbanes-Oxley, the Enron/Worldcom-inspired law that attempted to increase oversight on public company accounting. The Journal's position is that the law imposed costs on businesses that hurt the overall economy. Since this is the Journal's editorial position on any legislation that tries to rein in the business world, no one was ever required to take their rantings too seriously (even though, it is true, Sarbanes-Oxley has resulted in compliance costs that can be challenging for smaller public firms).

So perhaps that explains why the Wall Street Journal's flagship Twitter feed (as pointed out by Felix Salmon) jumped the gun this morning, reporting via a tweet practically dripping with glee that Sarbanes-Oxley had finally been vanquished!

BREAKING: Supreme Court strikes down Sarbanes-Oxley, the landmark anti-fraud law. Much more to come at http://wsj.com

Except, as the Journal and other publications soon reported, the court did no such thing. The court struck down a part of Sarbanes-Oxley that had to with the president's power to fire members of the Public Company Oversight Accounting Board, the regulatory body set up by Sarbanes-Oxley to watch over the accounting firms that audit public companies.

Currently, members of the PCOAB can only be fired "for cause." The court ruled that this violated the Constitution's "separation of powers" principles. Now the president will be able to fire the overseers "at will."

Critics of Sarbanes-Oxley had hoped that the court would use this flaw to throw out the entire law. But that's not happening. The law stands. The proper tweet should have been "Supreme Court strikes down minor part of Sarbanes-Oxley; law remains in effect."

Maybe it was an honest error -- albeit retweeted around the world at near the speed of light. Or maybe it was an unintentional revelation of the deepest hopes and desires of the Wall Street Journal's shell-shocked editorial core -- the subconscious revealed in 140 characters or less. With just days to go before a new avalanche of financial sector regulation becomes law, the Journal saw one bright spot in the advancing gloom -- Sarbanes-Oxley would be no more! And the paper (or a Twitter-feed monitoring intern) got a little excited. Hey, no worries, it's happened to the best of us.

But the least the paper could do would be a follow-up, one-word tweet: Ooops! Any self-respecting blogger would have felt that much responsibility. But the Journal blithely tweeted forward, gradually approaching the truth, with nary a look back. Tut tut.