Search giant gives Beijing half a loaf, but will regime be satisfied? 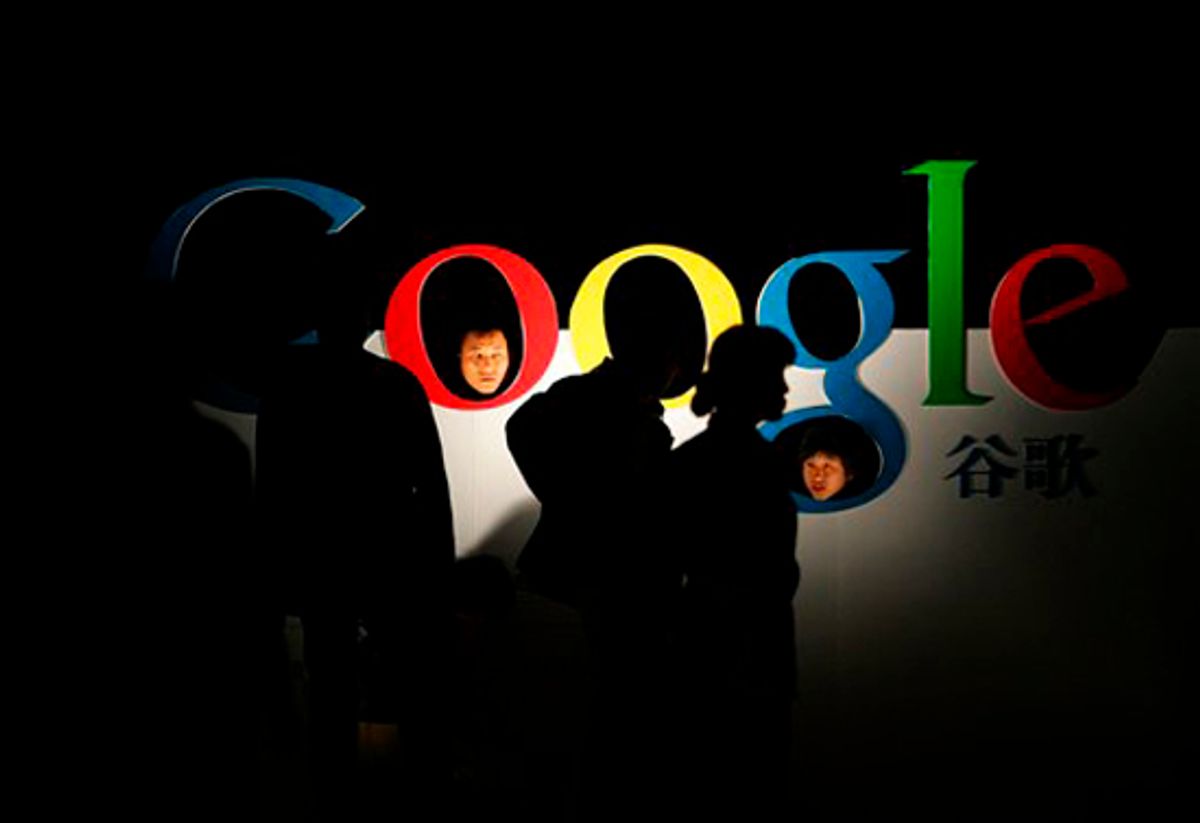 FILE - In this April 12, 2006 file photo, Chinese poke their heads through a Google logo shortly after Google debuts its Chinese Language brand name in the Beijing Hotel in Beijing. Google Inc. said Tuesday, June 29, 2010, it will stop automatically rerouting users of its China search site to its Hong Kong site after Beijing said the company would lose its mainland Internet license if the tactic continued. (AP Photo/Elizabeth Dalziel, File) (Elizabeth Dalziel)
--

Clever dodge or capitulation? Google's latest move in its ongoing battles with China looks like a bit of both.

When Google closed its search operations in China last March rather than obey government censorship edicts, the search company tried some corporate judo: It redirected searches from Chinese customers to servers in Hong Kong, thereby providing more honest results than the ones it replaced.

Too clever by half, the Beijing regime decided -- and it ordered Google to stop its tactic or lose its ability to do pretty much any business in the world's most populous nation. Disappointingly but not surprisingly, Google has done just that.

But in what is clearly a concession to the latest Bejing must-censor edicts, Google offered half a loaf to China search users and a half-raised middle finger to Beijing: They can still get the mostly uncensored Hong Kong results, but now they have to do so via hyperlinks rather than automatically. David Drummond, Google's top lawyer, explained it this way on the company's blog:

We have therefore been looking at possible alternatives, and instead of automatically redirecting all our users, we have started taking a small percentage of them to a landing page on Google.cn that links to Google.com.hk—where users can conduct web search or continue to use Google.cn services like music and text translate, which we can provide locally without filtering. This approach ensures we stay true to our commitment not to censor our results on Google.cn and gives users access to all of our services from one page.

But how long will this last? China is nothing if not peristent on its censorship, and it's hard to imagine that the Beijing censors will sit still for what they're likely to see as further insult.

Rebecca MacKinnon, visiting Fellow at Princeton's Center for Information Technology Policy (as well as friend and former colleague at the Harvard Berkman Center for Internet & Society), sees the situation playing out in four possible scenarios, each of which feels plausible. I'm not making a guess, because the Google-China tussle is so fluid.

Eventually, one guesses, Google will have to make the most serious decision of all: whether to shut down China operations entirely or keep making concessions. Will its fiduciary duty to shareholders outweigh moral concerns? Right, silly question.

A longtime participant in the tech and media worlds, Dan Gillmor is director of the Knight Center for Digital Media Entrepreneurship at Arizona State University's Walter Cronkite School of Journalism & Mass Communication. Follow Dan on Twitter. More about Dan here﻿.﻿﻿