The war is here: New "Harry Potter and the Deathly Hallows" trailer

The last book of J.K. Rowling's series is split into two movies, and the first footage makes people's heads explode 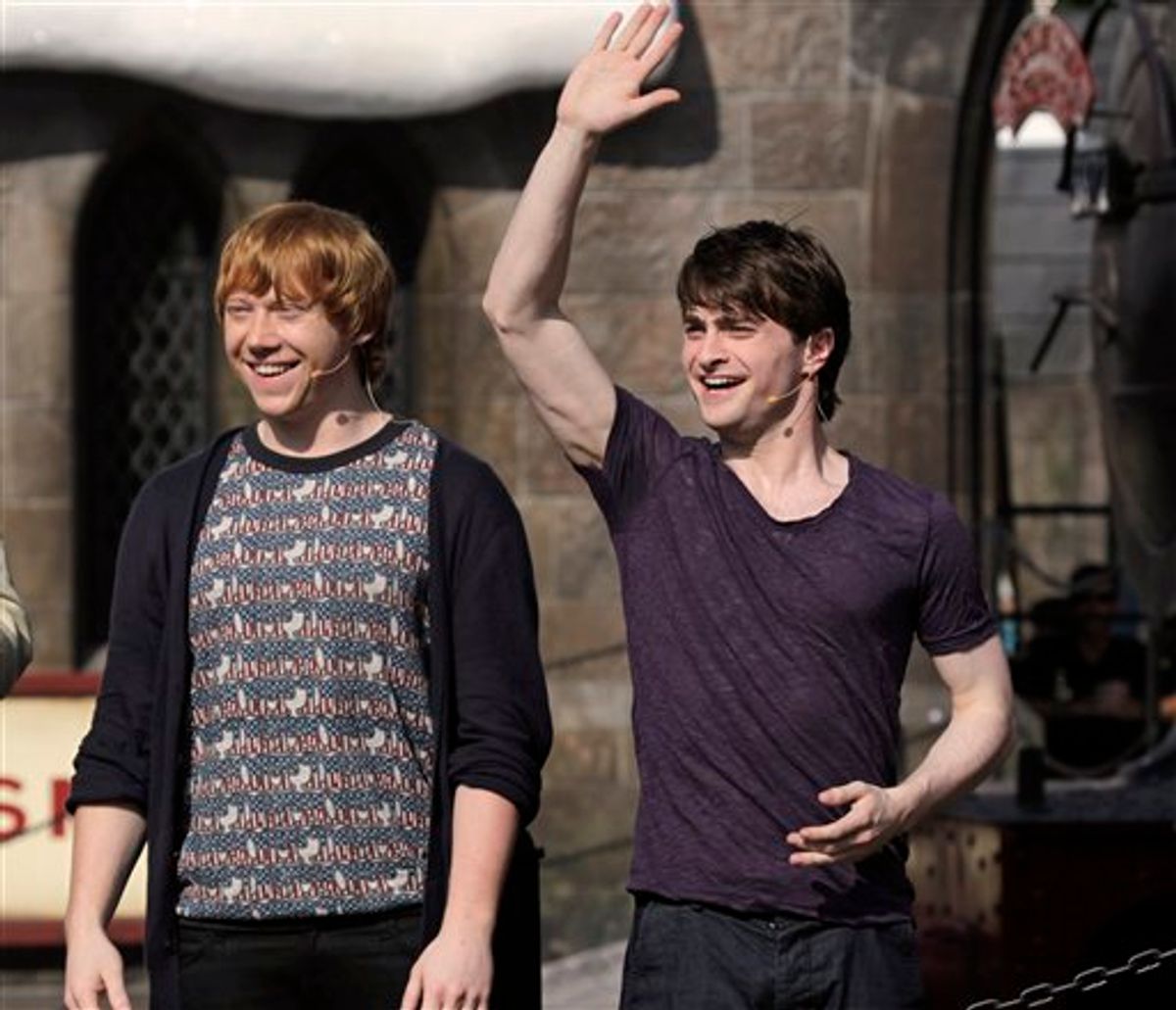 The "Harry Potter" series of books has grown and evolved with an entire generation of young people, not to mention the slightly older folks who found themselves just as entranced by Harry, Hermione, Ron, and the rest. The movie series has consistently outstripped its competition, and it's likely that the last two films will decimate the box office. Part one of "Harry Potter and the Deathly Hallows" will be released in November, and Internet denizens got their first look last night when the trailer premiered. The lead actors look mature and engaged, the effects go much, much bigger, and the scope of these last two movies goes way beyond the typical school year at Hogwarts. There's a war on, and we're going to see it.

Response has been (mostly) rapturous, illustrated by Entertainment Weekly's coining of "goosebumples" to describe their reaction. One rabid "Potter-"phile in the Salon office actually teared up. HollywoodNews.com has celeb Twitter reaction, the Guardian calls the tone of the trailer "histrionic," and an interview with the cast was conveniently posted on Technorati this morning. Watch the trailer and cry (or don't) for yourself!