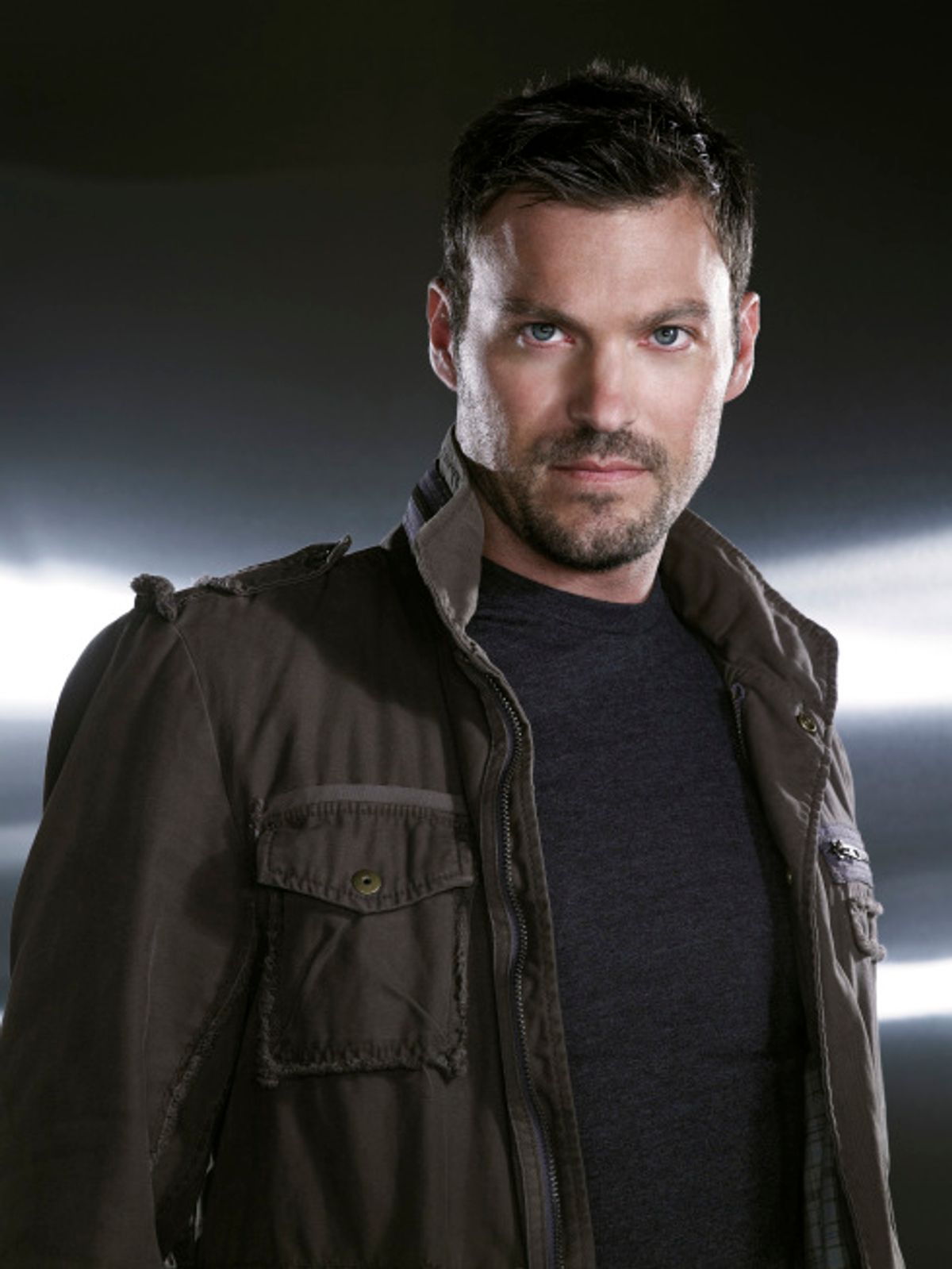 Considering how quickly celeb-watchers and gossip-mongers jump on every word that comes out of Megan Fox's mouth (whether it's slamming her director or talking about her bisexuality) it's a stunner that she managed to marry her longtime boyfriend Brian Austin Green without anyone catching on for, like, 4 days. The couple just announced their re-engagement earlier this month, promptly lost the ring on the beach, and it looks like they just decided to pull the trigger while on vacation in Hawaii, screw the planning and prepping and stress. Some would say Green was finally locking that s*#t down.

Access Hollywood got the official confirmation from Megan's representative after TMZ broke the news. If you're trying to find the long and sordid tale of the Fox/Green love affair, MTV can help you out. Pictures of the happy couple on their honeymoon (with wedding bands artfully circled, we think) can be had at Star. If you're still unfamiliar with Mr. Brian Austin Green's oeuvre, please take in the wonder that is "90210's" David Silver: