The Internet is baffled by a site with a black man dancing with fried chicken. We untangle part of the mystery 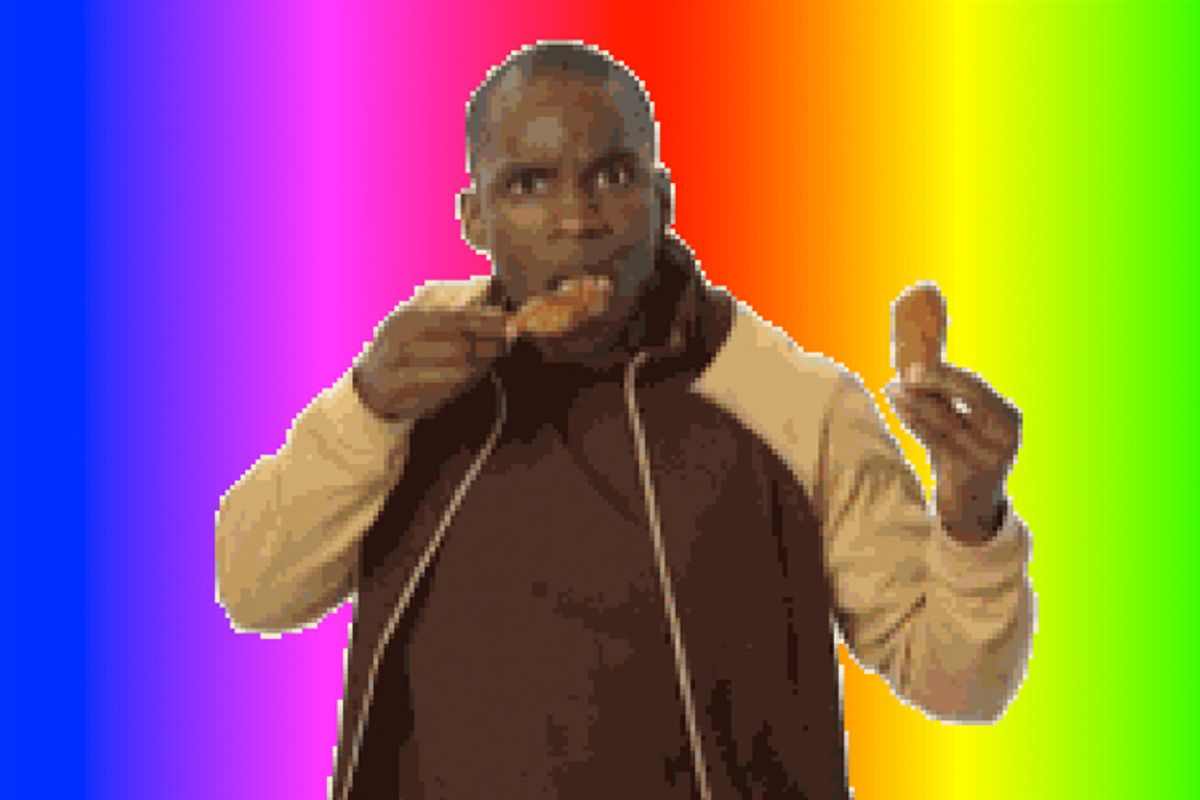 Sometime Monday word started to circulate that if you typed 2204355 into Google and hit "I Feel Lucky," this strange little loop would show up. By midday, the same Google search led to this entry on Time magazine's "Newsfeed" blog, where writer Megan Gibson declares herself "completely mystified by the meaning behind the video and, sadly, it's not the first time the Internet has left us baffled (looking at you, Badger Badger viral video)."

The answer is, "Because he's an actor appearing in a commercial."

Type "Racist KFC Commercial" into the search box on YouTube, and eventually you'll run into this fragment of a KFC ad. Although this particular clip has been stripped of logos, it's clearly part of a Web-based 2009 KFC ad campaign for the chain's then-new lineup of grilled menu items. And that guy who appears at the :15 mark is the same guy in the 2204355 clip.

The campaign was titled "Unthink KFC." Part of it revolved around "the chicken dance," which KFC apparently hoped would become a phenomenon on the order of the lambada. According to a KFC press release, the campaign encouraged customers to show their excitement over the chain's grilled chicken by "uploading a video of themselves shaking their chicken dance to the KFC music track provided on the site. Users can then rate and watch their friend's videos." The music cue in the 2204355 loop is the same one used in other ads from this KFC campaign.

Alas, I can't identify the actor in the 2204355 loop. An hour or so of perusing actors' online résumés yielded no likely suspects, and given certain bloggers' outraged response to the campaign's parade of stereotypes (tight-assed WASP, kamikaze Japanese guys, shimmying brothas and sistahs), I doubt this actor, whoever he is, would list such an ad on his résumé. Then again, if this mini-craze goes on for a couple more days, he might decide to hold a press conference.

The first time I saw the 2204355 video, I wondered if it was an online version of culture jamming -- a late-20th century category of underground art that deconstructs pop culture in order to 1) critique its more offensive or sinister aspects, or 2) transform it into modest, playful, sometimes mystifying examples of personal expression. (Examples include the urban sticker campaigns by graffiti artist Adam Cost and Shepard Fairey. Then I thought it was an Internet meme that somehow got unveiled in its beta stage, before its creator had time to polish it and upload it to YouTube.

Now I think it's just a fragment of an incomplete viral video, made by some prankster with a  sense of style. I have identified plausible candidates who've done previous work in this vein and e-mailed them. I'll let you know if I hear anything back. But this ain't Watergate, and I'm not Bob Woodward, so if you know anything, let us know in the comments.