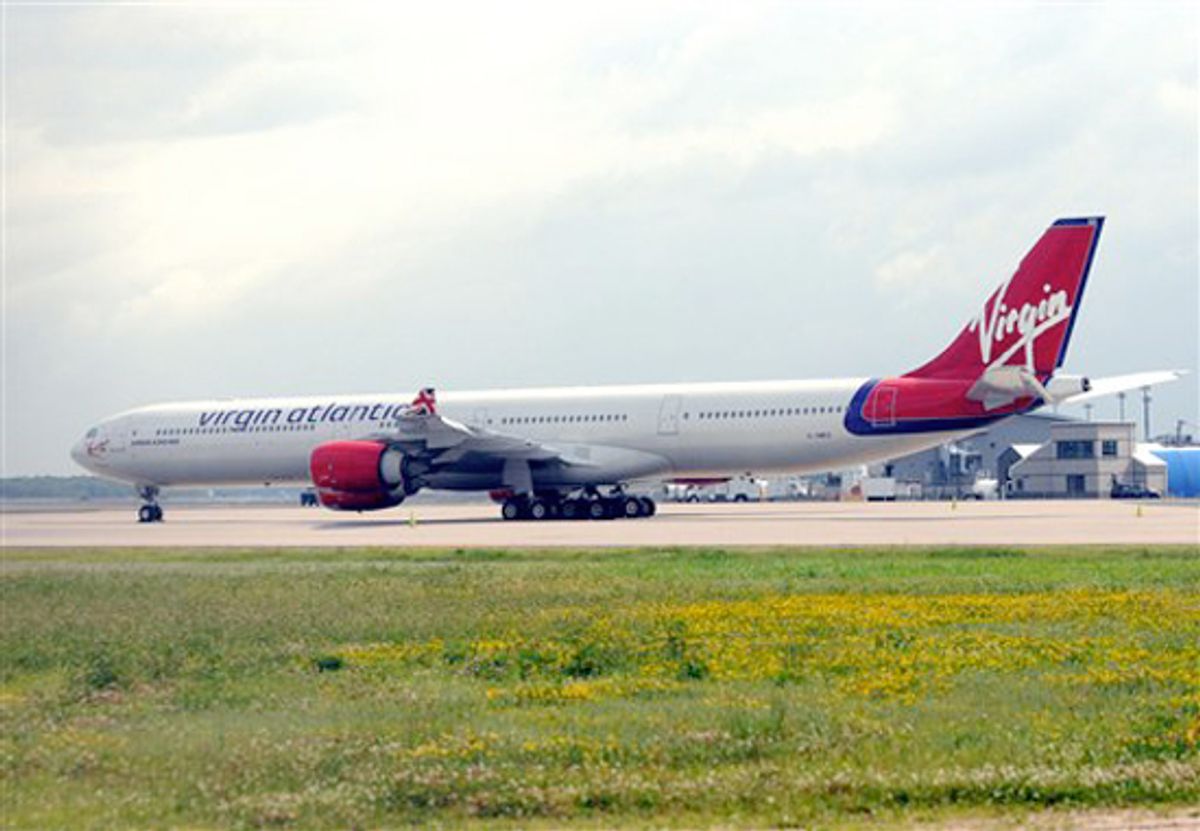 A still from "Please Remove Your Shoes."
--

For years in this column I've been railing against the foolishness and incompetence of the Transportation Security Administration. Nearly a decade after the terror attacks of 2001, TSA guards continue to waste our time and suck up our tax dollars, ransacking carry-ons for harmless pointy objects and tubes of toothpaste, confiscating butter knives from airline pilots*, compiling secret lists and intimidating passengers into submission.

(* It happened to me, twice; I carry a set of small, airline-size silverware in my roll-aboard as part of my layover survival kit.)

Along the way, one of the things that has always baffled and frustrated me is the lack of any organized protest against TSA by the airlines, the media or the traveling public. People complain, roll their eyes and maybe make a wisecrack or two, but there have been few formal calls for agency accountability. Groups like FlyersRights.org never miss a chance to exploit the latest tarmac stranding, but are mostly silent when it comes to the single biggest indignity of the air travel experience: concourse passenger screening.

Well, it turns out I'm not the lone voice in the wilderness I thought I was. Boston-based producer Fred Gevalt and his crew have put together a 94-minute documentary on TSA's "broken promise," as the filmmakers call it, featuring interviews with Congress members, air marshals and TSA whistle-blowers. "Please Remove Your Shoes" debuts in Washington, D.C., on Wednesday, June 30, at 7 p.m. at the Landmark E Street Cinema. The screening is invitation-only, but there are some open seats. If you're interested in attending, please contact Fred Gevalt at fgevalt@gmail.com

I've seen the film, and it's almost everything it should be. The interview with Steve Bierfeldt is particularly memorable. Bierfeldt is the Ron Paul campaign worker who was detained by TSA in St. Louis because .... well, you need to watch it and see.

I was also impressed by the comments of Florida Rep. John Mica, especially as he takes TSA to task for overstepping its mission from one of basic security to having become a sort of quasi-law enforcement agency -- or so it likes to think. TSA, through bullying and with its official-looking uniforms and badges, has fooled the public into believing it has actual law enforcement powers, which it does not.

One unfortunate aspect of the movie, however, is the rekindling of the Northwest 327 incident -- aka the Annie Jacobsen affair, covered in this column back in 2004. The filmmakers lend needless credibility to the old "dry runs" theory suggesting that terrorists have been riding around on planes in dress rehearsals for another Sept. 11-style attack.

And I wish they had done more to highlight the folly of TSA's carry-on screening protocols. Guards spend far too much time, and devote far too many resources, searching out what are essentially harmless items -- taking butter knives from pilots, for example -- instead of hunting more effectively for bombs and explosives. They should have hit this harder.

Still, though, my favorite line in the film is this one from FAA security agent Steve Elson: "They focus on all kinds of minutiae and crap, rather than the items they need to." Elson tells the story of the time a simulated bomb was run through an X-ray machine with a bottle of water placed on top of it. Guards caught the water, of course, but missed the bomb.

Also given short shrift is the pointlessness and unsustainability of an approach that insists on treating every airline passenger (and crew member) as a potential criminal -- that is, TSA's ultimately unenforceable, zero-tolerance philosophy that focuses on weapons themselves rather than the people who might use them. As I've noted in this space before, it's impossible to keep weapons out of maximum security prisons, let alone out of the carry-on bags of the 2 million people who fly in this country each day. Not to mention the fact that a deadly sharp can be improvised from almost anything.

The movie isn't perfect, but it's provocative and timely and long overdue. Maybe, just maybe, it can get something started.

"Central to the story is not whether we exhaustively covered all the froufrou that guards at the airport put us through," says Gevalt, "so much as the underlying themes of fallacious policies, abuse of employees, and the hypocrisy of not allowing their own people to pursue the implicit and explicit goals of that policy. This is really a story about bad management within TSA and bad government in general. We want as many people as possible to see 'Please Remove Your Shoes' and hope it gives them the conviction to raise hell with Congress."

Now, where were we?

I can't take it anymore. Not three days after my latest post about the facts and fallacies of cockpit automation, and my sworn promise to leave this nauseating topic in the dust, comes this from New Scientist magazine:

"Autopilots and auto-landing systems -- by which aircraft automatically follow a radio beacon to the runway," explains the piece by reporter Paul Marks, "already do so much of the actual flying that pilots will eventually be seen as an unnecessary expense, even in passenger planes. 'You just don't need someone with a million dollars' worth of pilot training any more,' she says."

A radio beacon to the runway? I think he's talking about an ILS signal, the signals that provide crews with vertical and horizontal guidance toward a runway. And this: "already do so much of the actual flying." Except that one of a hundred landings, at most, is automated, and even an automated approach takes a huge amount of input from the crew.

The "she" in that paragraph, by the way, refers to Mary Cummings, the director of the Humans and Automation Lab at MIT. She's the researcher I once appeared on television with. Apart from being one of the most unfriendly people I have ever met, she could not be more wrong.

"Once UAVs can avoid passenger jets," the story continues, "remotely piloted cargo planes are likely to take to the skies, pushed by some compelling economics." Adds Cummings, "The cargo airlines want very much to lose their pilots. The money that would be saved in salary and benefits, including retirement and healthcare costs, is pretty staggering."

Wow. Just, wow. So let me get this straight, FedEx and UPS sill soon be flying their MD-11s around by remote control? This idea is so ridiculous that it makes my head spin.

Look, Cummings is obviously bright and I am sure she is good at what she does. I don't doubt that her research is important. But as far as its applications into the realm of commercial airline flying, she has gone way, way over the fence, and she ought to be ashamed of herself for helping to perpetuate the flying public's gross misunderstanding of how planes fly and what airline pilots actually do. To imply that we are but a stone's throw from pilotless commercial airliners is inexcusable.

I think. Heaven knows what will pop up in some newspaper or magazine in the days ahead.