"Rescue Me": The tragedy of the modern guy's guy

Now in its sixth season, the mortality-focused FX show has perfected the delicate, aggressive banter between men 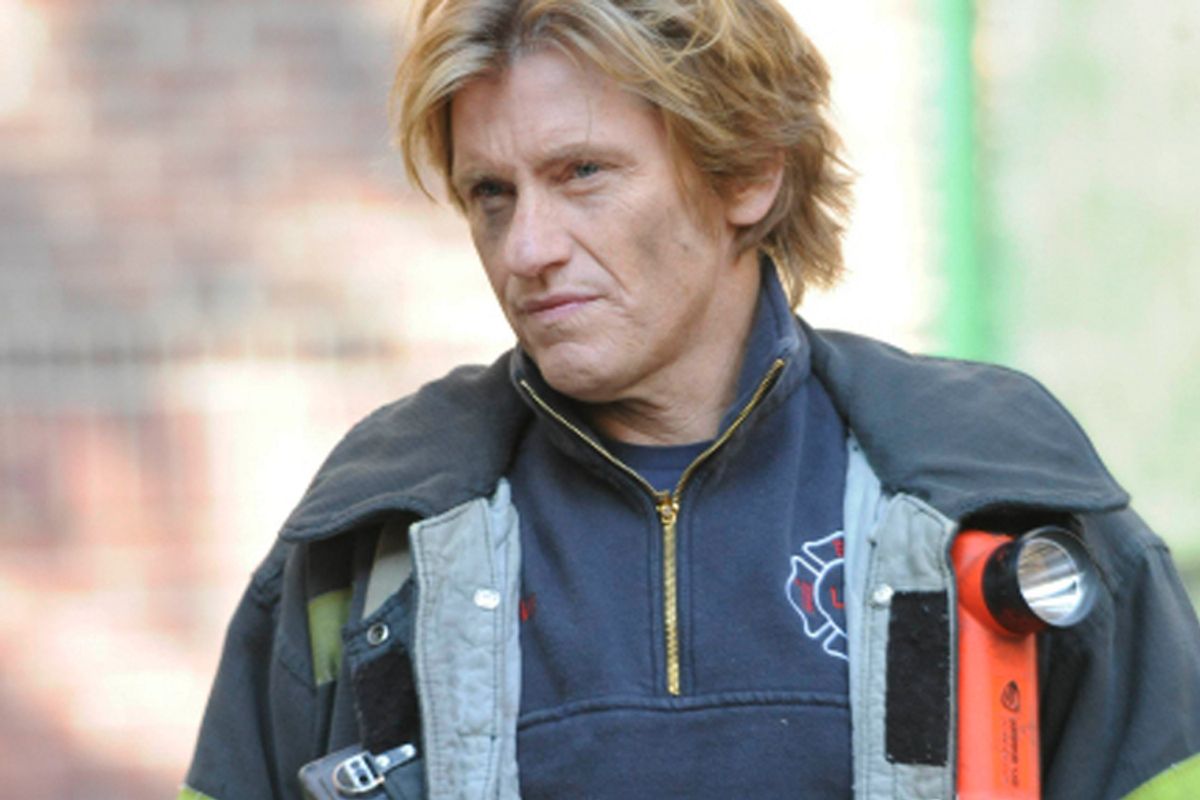 Let's tell the truth: Women are, for the most part, more anxious than men. I think I finally know why. If you give a man a big problem to solve, he'll say, "OK, OK, I'll deal with it. Just give me a second." You come back a few hours later, and he's drinking a beer and watching a YouTube clip on his computer. "So, did you handle it?" you ask. "What?" he'll mumble.

Women don't do this. Give a woman a problem to solve and she'll sit and mull it over and analyze the folds of it and then do a little research and after reading about it on the Internet for a few hours, she'll start to freak out in earnest about the whole thing and maybe she'll get a migraine and she'll have to have a glass of red wine and take a little nap.

When she wakes up, though? Something is going to happen. She may not solve the problem, but she'll outline five different approaches to solving the problem, plus she'll have the names of a few therapists and consultants who handle problems just like this one, and she'll have some insights into where the problem came from, what personality disorders tend to be associated with the problem, what kinds of vitamin supplements sometimes help the problem, and whose mommy issues caused it in the first place. (Hint: Not hers.)

Give a woman a problem and she'll take action, however arbitrary. Give a man a problem and he'll pretend he's all over it, and then he'll sit around in his dirty underwear eating dill pickles straight out of the jar like he always does.

Maybe that's why the sixth season of FX's "Rescue Me" (premieres 10 p.m. Tuesday, June 29) feels just a little bit repetitive. Because if there ever was a show that captured the learned helplessness of the American male, this show is it. Middle-aged New York firefighter Tommy Gavin (Denis Leary) is a good guy, really, but he can't solve a single problem to save his life. Problems come into this picture, and they never leave, because he overreacts, gets worried, mumbles to himself, says something mean, takes it back, makes a bad joke, and then he gives up and starts drinking.

Tommy never thoughtfully sorts through his troubles. He doesn't reflect on his life and then come to some new understanding about it. He can't make big or small decisions. He's in a perpetual state of confused paralysis. He handles his problems by announcing that he's going to handle them, and then pretending that they're not there instead.

Tommy reflects the tragic flaw of the modern (albeit someone immature) guy's guy: He's clueless about emotions, and doesn't even know what he himself wants at any given moment. Janet (Andrea Roth) or Sheila (Callie Thorne)? Drink or don't drink? He can't even look straight at the question, let alone answer it. Even after falling off the wagon and getting shot by his Uncle Teddy (Lenny Clarke) (who was enraged over his wife's death, who drove after having gotten drunk with Tommy), even after nearly dying and seeing the ghosts of all of his fallen firefighting comrades, then maybe or maybe not being sent to hell, Tommy can't seem to get his life in order. He wants to, he needs to, but he just can't. So his ex-wife Janet starts leaning on his handsome buddy Franco (Daniel Sunjata) for help. In one particularly absurd scene from the second episode of the season, the much-younger Franco tries to encourage Tommy to get his act together and be a better father to his two teenage daughters.

Franco: You got a great family, Tom. I mean, Tom, look, I gotta tell you, these kids, they need a dad. Because I'll tell you what, lookin' at you layin' on that barroom floor, bleeding out, two bullets in you? Got me thinkin'. I hope it did the same for you.

Franco: Yeah? Well, come on, asshole. Do something about it, then. I mean right now, today. Go in there, tell Janet how you feel. Tell Colleen. Tell Katie. Shit, you better tell Katie something. They're having blow job contests at her school, Tom. That's one contest you sure as hell don't want her winning. Or losing.

Franco is serious about this, and Tommy agrees. It's the classic "Rescue Me" moment, not only in the way that this dark conversation gives way to a joke (even if it's not really a joke to them), but also in the paradox it presents, a puzzle Tommy faces every day: How can he keep his kids from becoming depraved wrecks if he can't straighten out his own life? Is he really a role model, or just a vivid example of what not to do?

Whatever demons Tommy conquers or fails to conquer, mostly "Rescue Me" consists of a series of mundane but lively snapshots of life among men: Merciless teasing, hazing, one-upmanship, tales of sexual conquest, jokes about wanking, etc. Franco falls for an older woman, Black Shawn (Larenz Tate) tries to prove himself, Lou (John Scurti) struggles to make sense of his life, but the heavy stuff always plays second fiddle to hearing that this or that woman is weird or crazy or enjoyably depraved in the sack, or listening as this guy tells that guy he's a dumbass, after which everyone gets fall-down drunk in the bar – sort of like "Ally McBeal," except with violence and puking where the Vonda Shepard ballad would go.

As a neurotic woman, you might think I'd scoff at such shenanigans, but really, this is the bread and butter of "Rescue Me," the reason why we keep tuning in. Sure, watching Tommy fall off and then climb back on the wagon over and over again is starting to get old, in no small part because we know he'll never really figure anything out or change anything, because the audience is far too attached to him as an abject drunk. That storyline is rarely explored in a way that makes it all that mysterious or intriguing or impressive.

What "Rescue Me" has shined and polished to a high gloss, though, is those scenes of aggressive camaraderie between men. They're smart, funny and utterly realistic in terms of the ways that men relate to each other. The quick pace, the ways the guys cut off the ends of each other's sentences, the mean jokes: The writers are really outperforming when it comes to these scenes. These are obviously their favorite scenes to write and perform, and it shows.

Tommy is coming to grips with his mortality this season. Yes, he once said, "There's no golden ring at the end of the ride ... It's all bullshit." But this season, even as he dodges confrontations and falls back on old habits, Tommy is looking for some perspective on his life as he comes to grips with the traumatic events he's endured over the past nine years. Hell, he even befriends a priest (played by Peter Gallagher, God love him), although even that interaction is a far cry from what you'd expect. By the time the show's seventh and final season wraps next summer, timed to honor the 10-year anniversary of 9/11, will Tommy have found some insight into the meaning of life?

I wouldn't bet on it. But even if Tommy ends the whole series in a pair of dirty boxers with his hand in a pickle jar, you can be sure it'll be worth the ride.