All hail Scott Brown, master of the Senate

What happened when the junior senator from Massachusetts complained about bank reform? Democrats caved 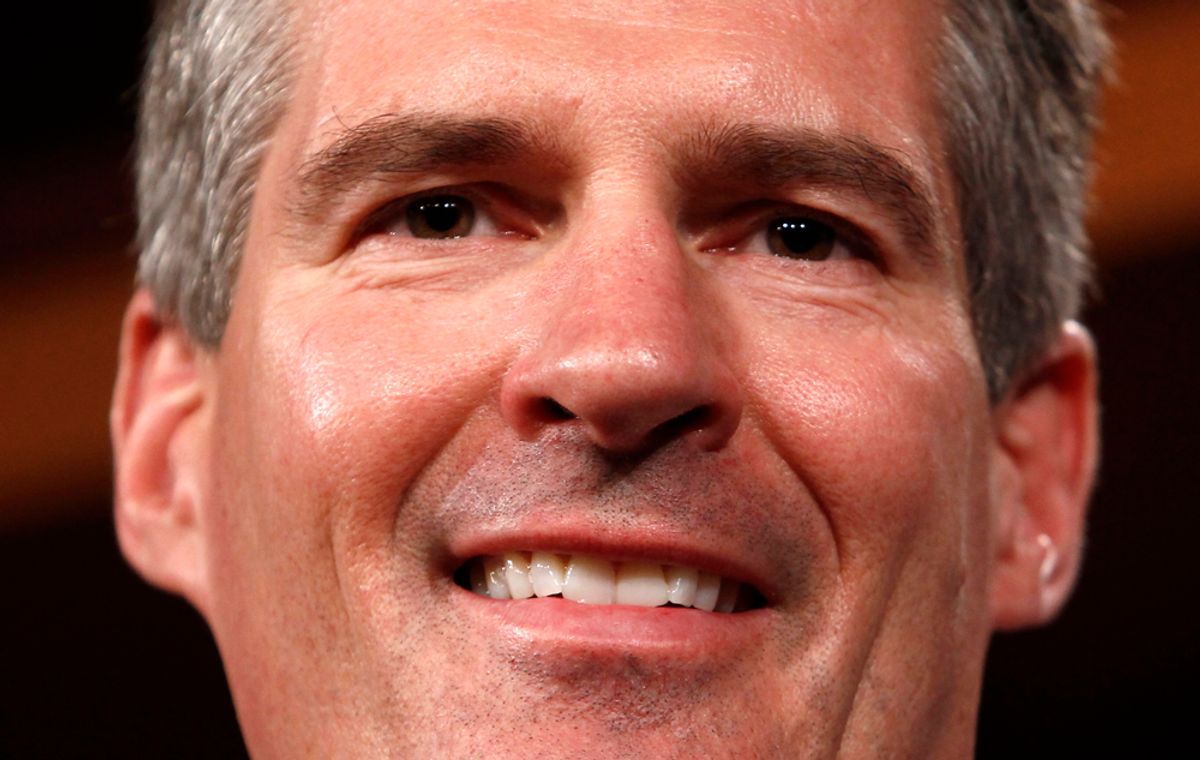 Who calls the shots in Washington? Judging by the latest report from Bloomberg, the man who holds all the cards is Scott Brown, the (very) junior senator from Massachusetts. Within an hour of Brown's announcement that he would not support the Dodd-Frank bank reform bill if it incorporated a $19 billion bank levy to pay for the costs of shutting down failing financial institutions, the Democrats appear to have buckled.

U.S. Representative Barney Frank may reconvene the House-Senate financial-overhaul conference today to address Republican protests over a $19 billion bank fee in the bill, according to a scheduling announcement sent to lawmakers.

Frank and Senate Banking Committee Chairman Christopher Dodd are considering eliminating the fee, which would be placed on large banks and hedge funds to cover the cost of the bill, according to the announcement obtained by Bloomberg News.

One plan under consideration would instead cover the shortfall in the bill with an increase in the fund that the Federal Deposit Insurance Corp. maintains to repay customers their deposits when a bank fails. Another would save money by closing the Troubled Asset Relief Program two months early, according to the announcement.

It is not immediately clear how increasing the FDIC insurance fund would represent an improvement over a direct bank tax, since the FDIC pays for its own operations by levying a fee on member banks, but that's just a niggling detail. The upshot here is that the Democratic leadership in both the House and the Senate looks incompetent, and Scott Brown, the least experienced politician in the U.S. Senate, is running the show. And Wall Street's biggest banks are let off the hook again. (Only banks with more than $50 billion in assets would have been liable for the original bank fee.)

Let the mockery begin. Mere moments ago, I was urging Democrats to go on the attack, and make it clear that Republicans simply aren't serious about governing. But as it stands now, the Dems are folding without a fight. The Republicans might not be serious, but the Democrats are simply incapable.