Why do Republicans (pretend to) hate the Upper West Side? 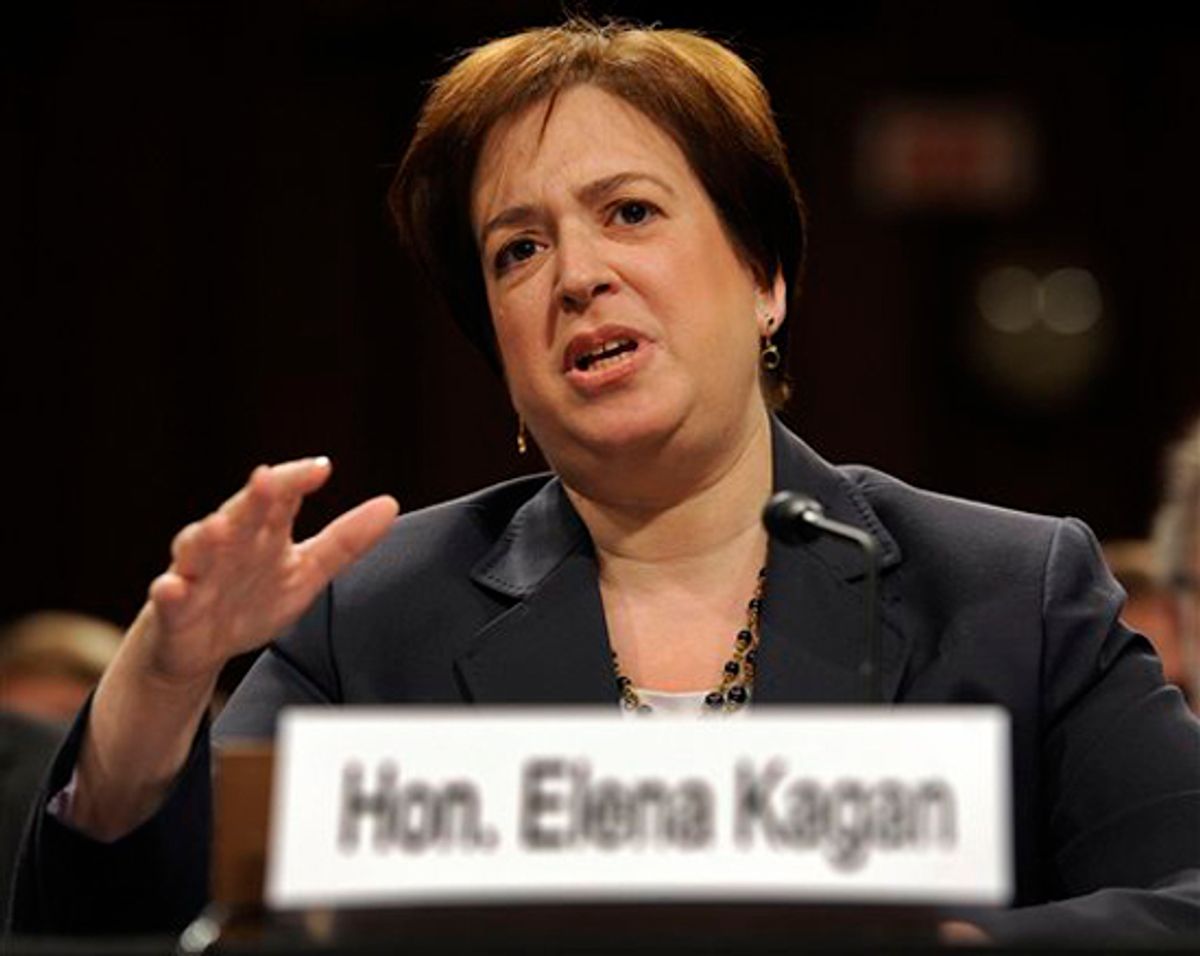 As they attempt to disparage Elena Kagan, the most aggressive Republicans on the Senate Judiciary Committee are proving that Supreme Court nomination hearings can produce something worse than vapidity: in this instance, gross hypocrisy and barely veiled appeals to bigotry. Whatever the merits or deficits of Kagan may be (and Salon readers know that there are skeptics on the left as well), the quality of the partisan assault so far seems very low, even by the usual standards of this process.

Consider the discussion of her personal background on the first day of the hearings, when Arizona Sen. Jon Kyl directed our attention to the New York City neighborhood where bright young Elena grew up. Quoting a profile from Politico that described her life experience as "distant from most Americans," Kyl noted portentously that she was raised on "Manhattan's Upper West Side" before attending Princeton and Harvard Law School, where she eventually served as dean.

Exactly what is so disturbing about the Upper West Side? As Joan Walsh notes, it is a place renowned as liberal in politics, Jewish in ethnicity, and therefore, according to Kyl's implication, foreign to the nation's heartland. Never mind that some of the greatest American authors, musicians, actors and artists -- including very many who happened not to be Jews -- lived and worked in that special slice of urban landscape over the past century or so, including Scott Fitzgerald, Theodore Dreiser, J.D. Salinger, Saul Bellow, Humphrey Bogart, Harry Belafonte and George M. Cohan, an Irish Catholic who won the Congressional Gold Medal in 1936 for composing "You're a Grand Old Flag," among other achievements. (Rush Limbaugh used to live there, too. And Joe Scarborough says he "loves" living there with his family today.)

Beyond the narrow and ignorant parochialism of such remarks by Kyl and others, what is most galling is their absolute phoniness. Scarcely anyone on the Republican right ever suggests that Weekly Standard editor William Kristol ought to shut up because he was raised on the un-American Upper West Side, a few blocks from Ms. Kagan. Anyone who does so is rightly rebuked for appealing to prejudice. Are Kristol and all the other neoconservatives who have inhabited that neighborhood, beginning with those named Podhoretz, to be tarred as "un-American" too? In May, Commentary editor John Podhoretz published a timely, quasi-nostalgic essay about his family's half-century in the neighborhood, candidly dismissing the right-wing stereotypes:

Conservatives sometimes invoke the Upper West Side in their lists of petri-dish-like leftist enclaves along with Cambridge and Berkeley, but despite its homogeneous radicalism, it didn't then and doesn't now offer much in the way of interesting, unexpected, or comical ideological excess.

Podhoretz goes on to mention that it was anything but sociologically monolithic or elite:

It might have been the most integrated area in the United States. According to a 1966 study, out of 150,000 residents, 105,000 were white (of whom 40,000 were Jews); 26,000 came from Spanish-speaking homes; and 18,000 were black. "Only in Honolulu," wrote the journalist Joseph P. Lyford, "is there a greater confusion of blood, ancestry, language, and culture in as small a space." But though there were racial and ethnic tensions aplenty, and these would grow exponentially as the years passed, the division in the neighborhood was primarily one of class -- a division between the middle class and the lower class. (There weren't many rich people on the Upper West Side then, a situation much altered today.)

Let's not forget Dick Morris, cousin of Roy Cohn and Upper West Side native, who earned his political spurs in the neighborhood's Democratic clubhouses. Will Fox News dump the voice of Fox Nation as an Upper West Sider and potential crypto-socialist? Of course not. He's a Republican now, and those nasty ethnogeographical snarks are reserved for Democrats only.

The spurious resentments encouraged by Republicans only begin with Kagan's home turf. Moving on to her legal education, they sought to demean the memory of Justice Thurgood Marshall, for whom she clerked -- and for whom she expresses unreserved admiration, despite the fact that he called her "Shorty." The late justice was best known for his life's work ending legal discrimination in America, culminating in the 1954 Brown v. Board of Education decision, which struck down "separate but equal" education in public schools. This is a topic that Republicans might wish to avoid, considering their recent embarrassment when Kentucky Senate nominee Rand Paul started a debate over the 1964 Civil Rights Act and its violation of his "freedom" to discriminate in public accommodations. But Sen. Jeff Sessions of Alabama, along with several of his colleagues, could not resist a gratuitous assault on Marshall as a "judicial activist."

Coming from Sessions, this sounded like a dog-whistle appeal to segregationist nostalgia. But even if that isn't what he meant, the "activism" complaint is bogus. Republicans endorse activist decisions whenever they like the result. The most notorious example is still Bush v. Gore, but the current Supreme Court majority is just as eager to overturn precedent and engineer society from the bench, as they proved this year in the Citizens United decision. Reversing more than a century of the jurisprudence that upheld congressional authority to regulate corporate political speech, the conservative justices overturned basic precedent to make a sweeping and ominous change in law. Indeed they seized an opportunity to venture far beyond the issues at hand in that case to free corporations from any restriction and corrupt our politics even further.

How did Chief Justice John Roberts justify that outrage, after repeatedly and falsely promising during his nomination hearings to respect precedent? He cited Brown v. Board of Ed, writing that had the court observed precedent in 1954, "segregation would be legal." Many legal scholars would quarrel with that claim, but the point is plain enough: Activism is fine, as long as we like the outcome.

It is probably a forlorn hope, but before these hearings conclude the Republicans should stop pandering to their dimmest constituencies and instead try to elicit the actual views of this accomplished American woman, who is almost certain to join the high court next fall.