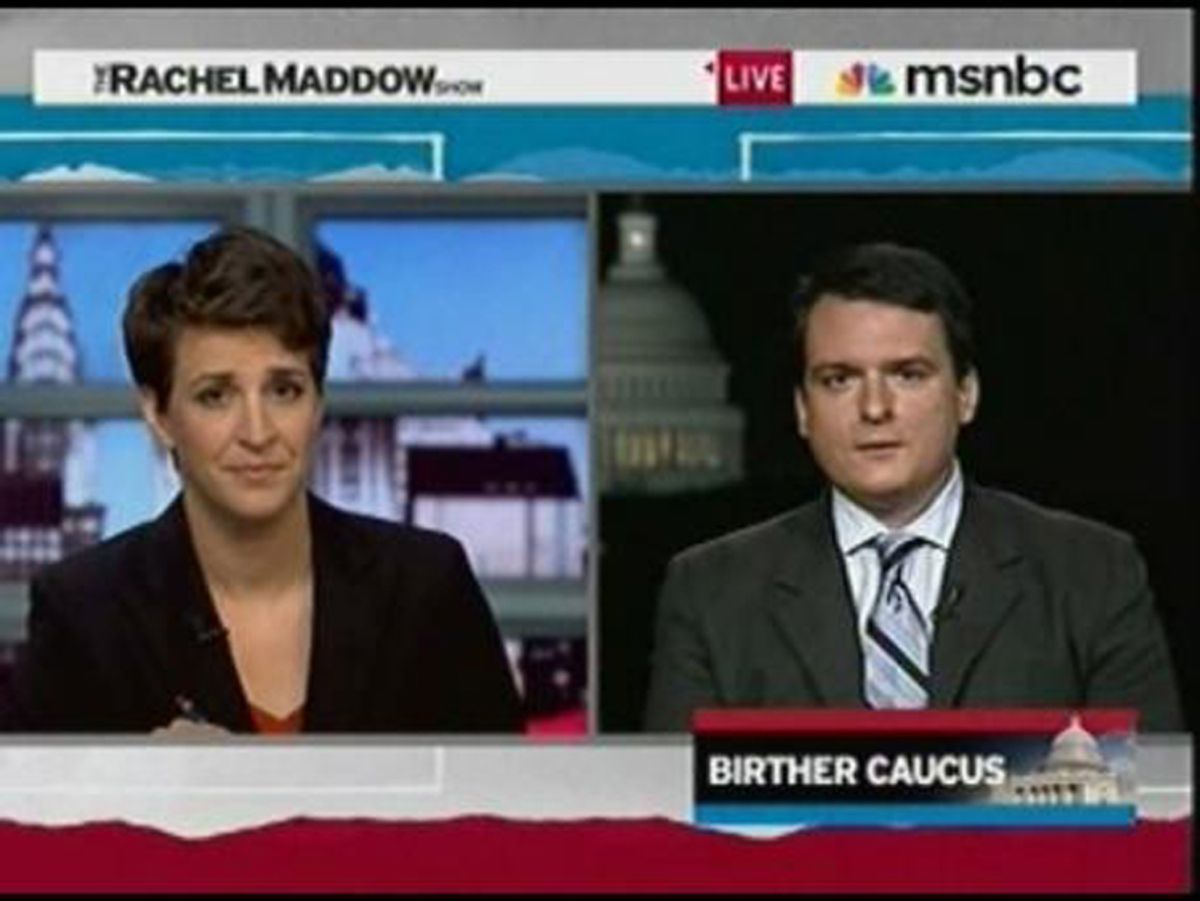 According to Weigel, this is just so he can keep appearing on MSNBC while he finalizes his next "main job." (Which will probably be with The Daily Worker, right?)