In a local TV interview, Harry Reid's challenger explains her kooky statements by not explaining them 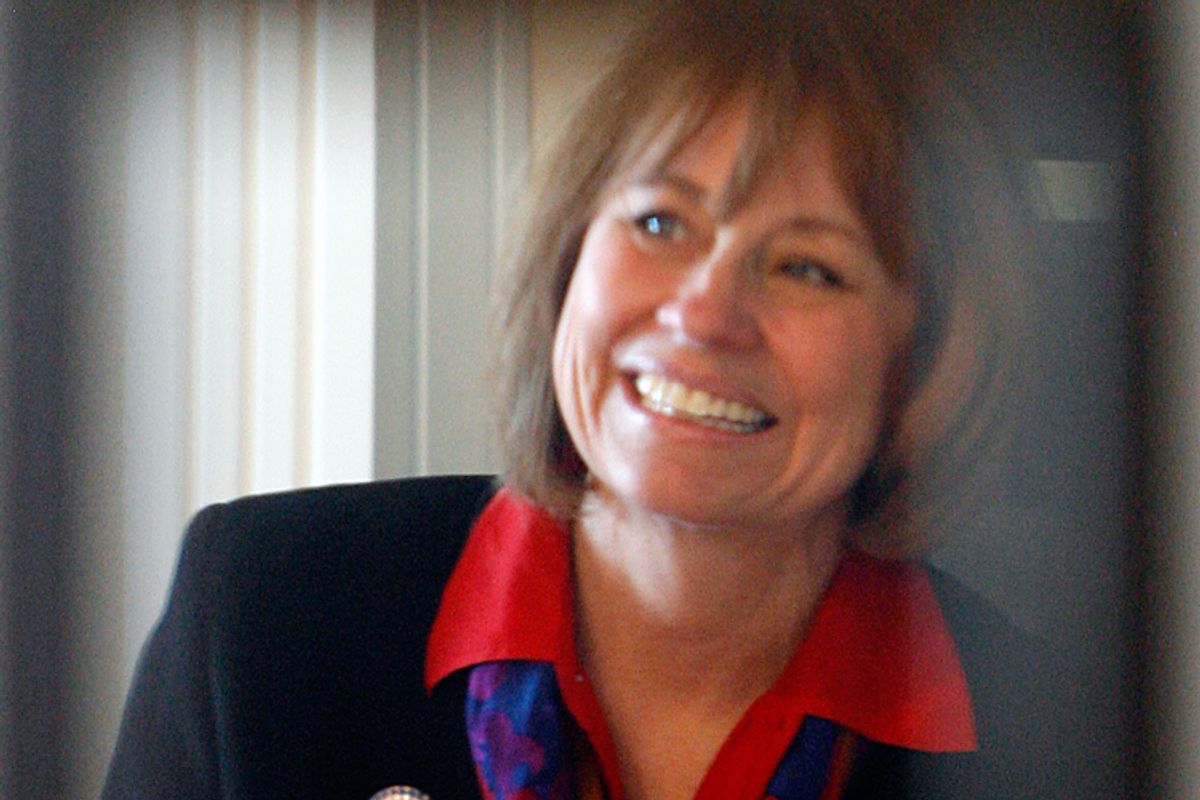 Nevada Senate candidate Sharron Angle gave in and did a half-hour interview on Las Vegas TV last night. She did not completely embarrass herself, because she's been coached well enough to know to not respond to hostile questions with anything remotely resembling a coherent statement of her actual beliefs.

But she still said some really dumb stuff, because she is a nut.

My favorite bit (and Harry Reid's favorite bit) was when she explained her statement that "the separation of church and state" is "un-American" by both defending the concept and claiming Thomas Jefferson didn't really mean it.

It's hard to argue that Thomas Jefferson was "misquoted," because he's pretty unambiguous on the point. As for the context, she actually got it mostly right:

"Thomas Jefferson was actually addressing a church and telling them through his address that there had been a wall of separation put up to protect the church from being taken over by a state religion, and that's what they meant. They didn't think they couldn't bring their values to the political forum, and it didn't mean that people with religious beliefs shouldn't have that freedom."

Right. No state religion. This is what we liberals try to explain, all the time: that the separation of church and state protects churches. So, thanks for getting on board, Sharron! But I'm still not sure how she squares that answer with a repeated insistence that "the tenet of the separation of church and state is an unconstitutional doctrine," since she seems to be explaining one of the stated reasons for the establishment clause.

Angle's beef with the establishment clause was revealed in 1995, when she spoke out against a school vouchers program that excluded religious schools. Fun fact: Thomas Jefferson actually drafted Virginia's Statute of Religion Freedom in order to block a plan by Patrick Henry that would've required Virginians to pay taxes to support churches. Not one established state church, but a plurality of denominations. That seems to clarify Jefferson's position slightly.

(And this is not even getting into the shit Madison wrote, post-presidency -- that'd blow her mind!)

But this was just one example, of many, of Angle explaining or defending prior statements by not really saying anything. Did she call the unemployed "spoiled"? Not at all:

"I said it has spoiled our citizenry; that's a little different. They're not spoiled. What has happened is the system of entitlement has caused us to have a spoilage with our ability to go out and get a job."

Just a spoilage with our ability to go out and get a job. That makes much more sense.

What did Sharron Angle mean by "Second Amendment remedies"? "I was speaking broadly, as you saw, about the Constitution, and that was the context of that rhetoric," she explained.

So there you have it: Everything Sharron Angle has ever said was taken out of context, and what she actually meant was either something about Harry Reid or a sound bite about taxes.