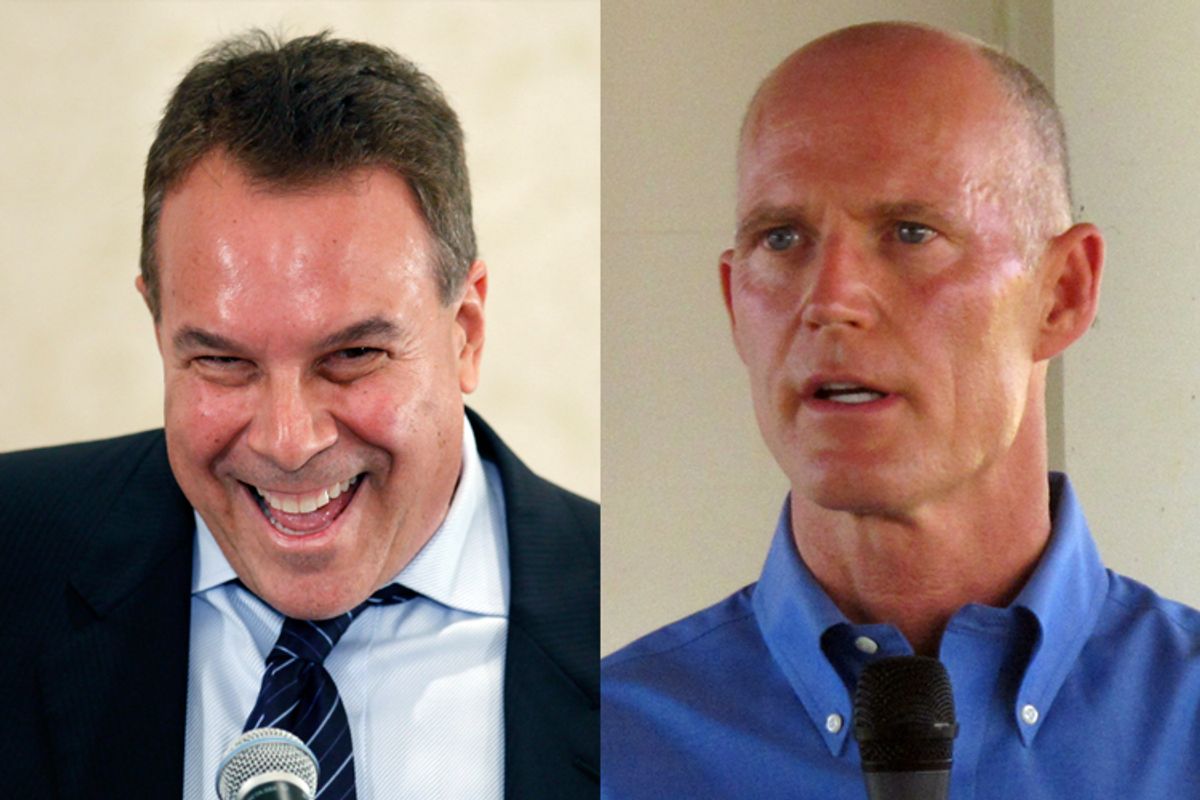 As usual, Florida is making a mess of its elections this year. Popular Gov. Charlie Crist was railroaded out of the Republican Party by the right wing, and in the gubernatorial and Senate races, self-funded unsavory billionaires are threatening the preferred candidates of both parties. Both billionaires made headlines for possibly ill-advised statements this week.

In the race for the Republican nomination for governor, Medicare defrauder Rick Scott is on the attack against Attorney General Bill McCollum. Scott's platform is being a rich person who hates Obamacare. In case that's not enough to put him on top, he's now accusing McCollum of being objectively pro-homosexuals.

"McCollum endorsed pro-abortion and pro-homosexual rights candidate Rudy Giuliani for president in 2008 and was a Giuliani campaign leader in Florida," a Scott consultant wrote in a memo sent to reporters. I am not sure if that is a successful line of attack in Florida, but I guess this year the crazy right-wingers are the ones most energized about the primaries.

Meanwhile, self-funded billionaire real estate investor Jeff Greene is running for the Democratic nomination for U.S. Senate, against poor Kendrick Meek. Greene is not, like Scott, an actual criminal, but he is known for his close personal friendships with criminals like Mike Tyson -- the best man at his wedding -- and Heidi Fleiss, who crashed with him for a while, once.

Greene is currently under slightly unfair attack for saying "there's all kinds of this crazy stuff" in the Quran.

But outside of his occasionally dumb statements, the problem with Greene is that I'm not entirely sure how or why he's a Democrat. (He didn't used to be one.) There's been hardly any polling on the primary race, but as of the beginning of the month, Greene and Meek were neck-and-neck in the race to lose to a very tan former Republican.