Mark Halperin now paid to be wrong about everything on MSNBC

The nation's most transparently hacky political analyst continues to fall up 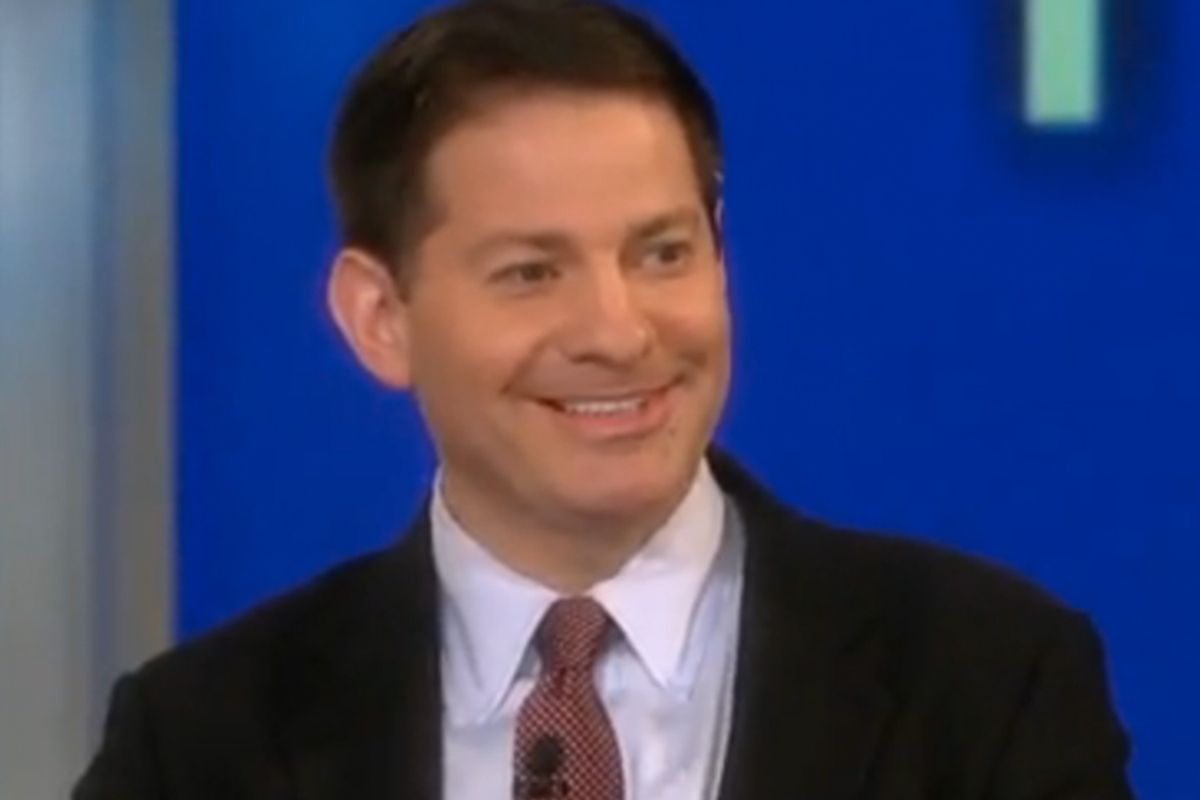 Mark Halperin on "The View" in January.
--

Hot on the heels of hiring a dedicated reporter with good insight into politics, MSNBC has hired a hack with a long track record of complete hackiness named Mark Halperin to be a "senior political analyst," which means they will be paying him to bray his hacky insider bullshit on "Morning Joe" every morning, instead of him servicing Joe and Mika for free.

When Halperin's not attempting to win new blurbers for his books, he is begging right-wingers not to call him a liberal, the worst insult imaginable, because liberals are not as wise as Halperin about The Way Politics Works. (Halperin's grand unifying theory of How Politics Works can be summed up as: "Republicans are good at politics.")

Halperin's relentless cynicism is matched only by his inability to analyze politics correctly. He wrote an entire book about how to win the 2008 presidential campaign (it was primarily a lengthy valentine to Karl Rove and Matt Drudge) that did a wonderful job of not at all betraying any understanding of how and why Bush won in 2000 and 2004. It also predicted the Hillary Clinton campaign very nicely. Only it predicted that such a campaign would be an unstoppable success.

So, yes, MSNBC just hired the man who once declared (on TV! in front of cameras! and it is his job to be an expert on politics!) that John McCain's not remembering how many houses he owns was fantastic news for the John McCain campaign. They hired him to analyze the midterms for their viewers, because apparently they hate their viewers.