The former Federal Reserve chairman says the stock market is shaping the economy. Or it's the other way around 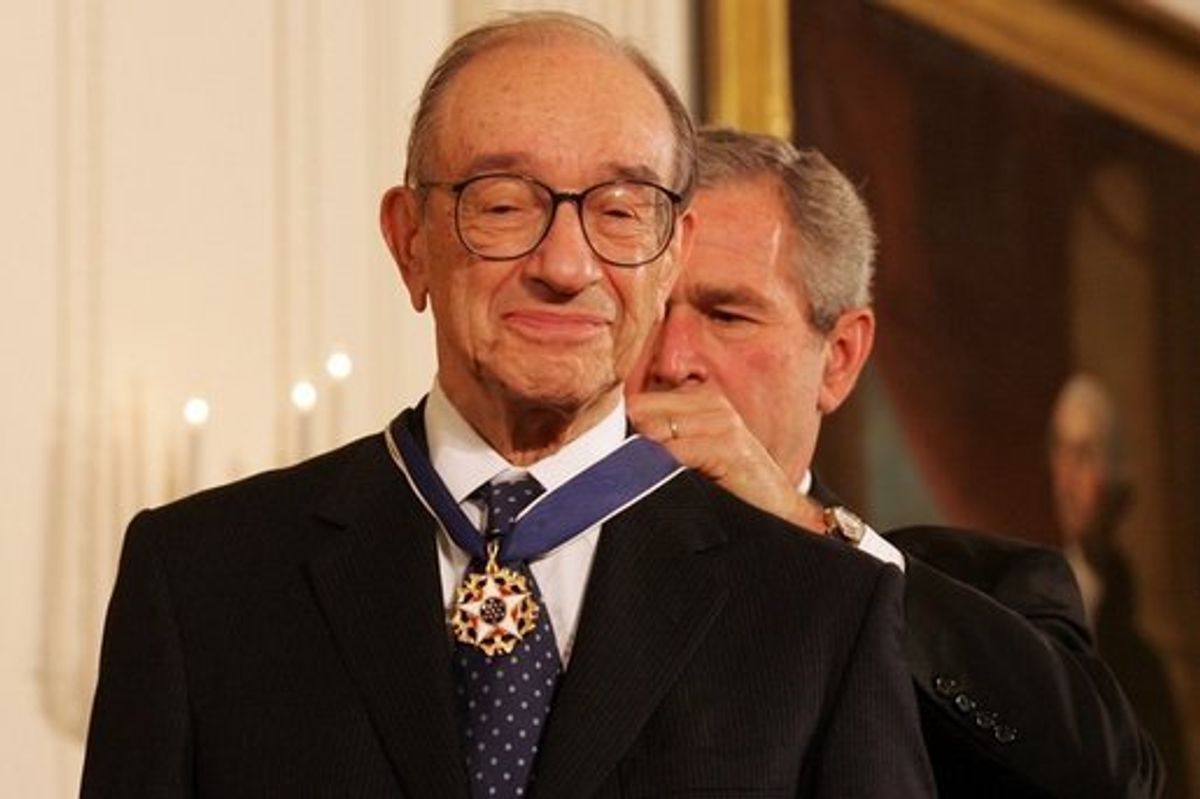 Hide the children; Alan Greenspan is prognosticating again. Bloomberg reports that the former Fed chairman believes "the U.S. economic recovery is undergoing a 'typical pause' that will be shaped by the performance of stock markets. "

"While ordinarily we're seeing the stock market driven by economic events, I think it's more the reverse,"Greenspan said in an interview today on CNBC. "What we do know is stock prices are a leading indicator."

I'm having a little trouble parsing those sentences. If the stock market is a leading indicator, then the ten percent drop in the Dow Jones Industrial Average in the last quarter (the worst performance since the fall of 2008) suggests that the economy is headed south. But Greenspan also appears to be saying that the slumping stock market is now responsible for the slowing economy. Can the stock market be a leading indicator and the prime actor at the same time?

I don't think there is much mystery as to what is going on in the stock market. GDP growth for the most recent quarter has been revised downwards twice. The labor market recovery has stalled out -- on Thursday, the Bureau of Labor Statistics reported that jobless claims in the U.S. rose again last week. Europe has all kinds of problems and manufacturing growth is slowing in China. The U.S. government is hamstrung -- despite a phenomenally low cost of borrowing (the yield for a ten-year-maturity Treasury bond is under 3 percent) -- the prospect of additional counter-cyclical government spending is nil.

I would like to believe Greenspan is right, but where's the evidence?