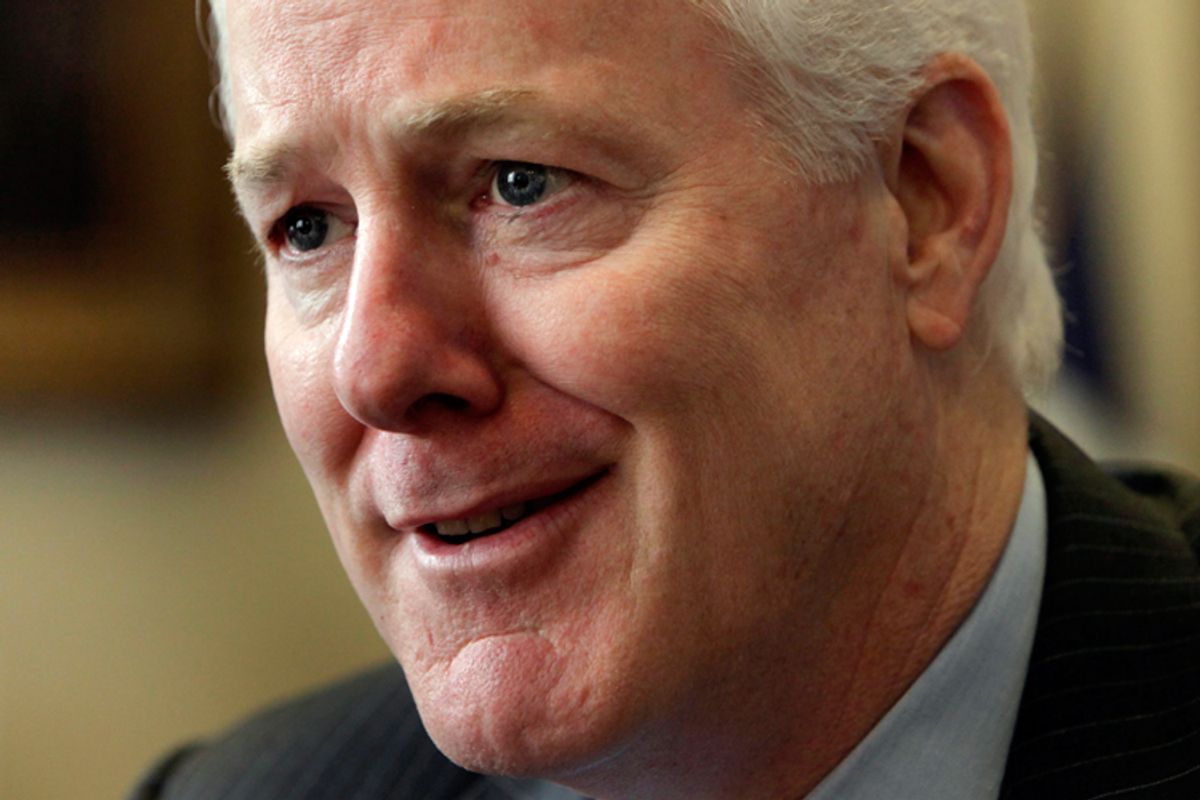 It's not simply about making the Obama administration look bad. Many Republicans actually love economic recessions. No better means of disciplining the labor force has ever been devised.

That's the real message behind the GOP's Senate filibuster denying extended federal benefits to roughly a million long-term unemployed. The same bill, which failed 57-41, would also have provided $16 billion in Medicaid help to states overburdened by declining tax revenues.

In consequence, several hundred thousand cops, teachers, firefighters and other public employees are sure to be laid off due to state budget cuts. Fat lot of good that will do the economy. But working stiffs will be keeping their heads down, won't they?

Sen. Debbie Stabenow, D-Mich., whose state has the nation's second-highest unemployment rate (13.6 percent), put it forcefully: "The Republicans in the Senate want this economy to fail. In cynical political terms ... they want our country to fail to win an election, and they're willing to take the people of this country with them."

But that's only part of the story. One of the enduring mysteries of American life is how Republicans keep succeeding by failing. The presidency of George W. Bush ought to have inoculated American voters against GOP economic theories for a generation. Tax cuts for the wealthy led not to greater prosperity, but runaway budget deficits, a doubled national debt and the weakest job creation since World War II. See-no-evil financial deregulation damn near destroyed the world banking system.

By the time President Obama was inaugurated last January, the economy was bleeding 750,000 lost jobs a month; the Congressional Budget Office had already projected the FY 2009 deficit at $1.3 trillion -- a budget written by the Bush White House. After taking over in 2001 with a healthy budget surplus and some economists warning against paying down the debt too fast, Bush doubled it to over $10 trillion in eight short years.

Yet there was Sen. John Cornyn, R-Texas, on CNN, allowing as how he's "waiting for this administration to take responsibility." He accused the Obama administration of "tripling" the annual deficit, as brazen a falsehood as can be imagined. Is it even necessary to say that neither Cornyn nor any Republican who twiddled his thumbs throughout Bush's two terms has condescended to explain what exact combination of revenue increases and spending cuts is needed to reduce the deficit short term?

Alas it's absolutely necessary. According to the Center on Budget and Priorities, "(T)he fact remains: Together with the economic downturn, the Bush tax cuts and the wars in Afghanistan and Iraq explain virtually the entire deficit over the next 10 years."

New spending by the Obama administration -- mainly the economic stimulus and auto industry rescue -- is dwarfed by Bush's spending on the Iraq and Afghan wars and the unfunded Medicare prescription drug benefit. If Democratic attempts to stimulate the economy have proven less than adequate, that's because they've both been hostage to GOP obstructionism and restrained by the fiscal straitjacket Republicans left behind.

But a lot of voters simply don't know it. Indeed, many people actively refuse to understand anything important about what the federal budget consists of or the role of government in modern economies. Millions remain captive to what Paul Krugman calls "zombie lies": long disproven canards like the one that says cutting tax rates invariably leads to higher revenues. Because it's so counterintuitive, parroting it makes Rush Limbaugh fans feel like intellectuals.

But self-deception goes deeper than that. I began to think about that after recently being invited to leave the country by a stockbroker who'd be picking up cans on the side of the road had the (Bush administration's) TARP bailout not rescued his employer from insolvency. Yet he appears to see himself as an Ayn Rand hero, a rugged individualist, economically autonomous and disdainful of anybody needing government help.

It bears mention that this fellow, who I quite like personally, works in a nearby college town whose booming economy -- compared to surrounding rural counties -- is largely sustained by state and federal spending: interstate highways, hospitals, a public university, airports, etc. Even the town's newest large-scale private employers are Internet-related, thus highly dependent upon direct and indirect public support. Yet the town's filled with self-described conservatives like my friend, selectively blind to the origins of their own prosperity.

To Americans who think of themselves as free agents, writes philosopher J.M. Bernstein in a recent New York Times essay, the 2008 financial crisis "demonstrated, emphatically and unconditionally, the depths of the absolute dependence of us all on government action." That, in turn, "undermined the deeply held fiction of individual autonomy and self-sufficiency that are intrinsic parts of Americans' collective self-understanding."

Hence, he thinks, the Tea Party's outrage. Hence too, contradictory demands like "keep your government hands off my Medicare."

The great danger lies in their getting what they only think they want.