Young, urban and not necessarily looking for a man, a crop of memoirists are sketching out a brave new female world 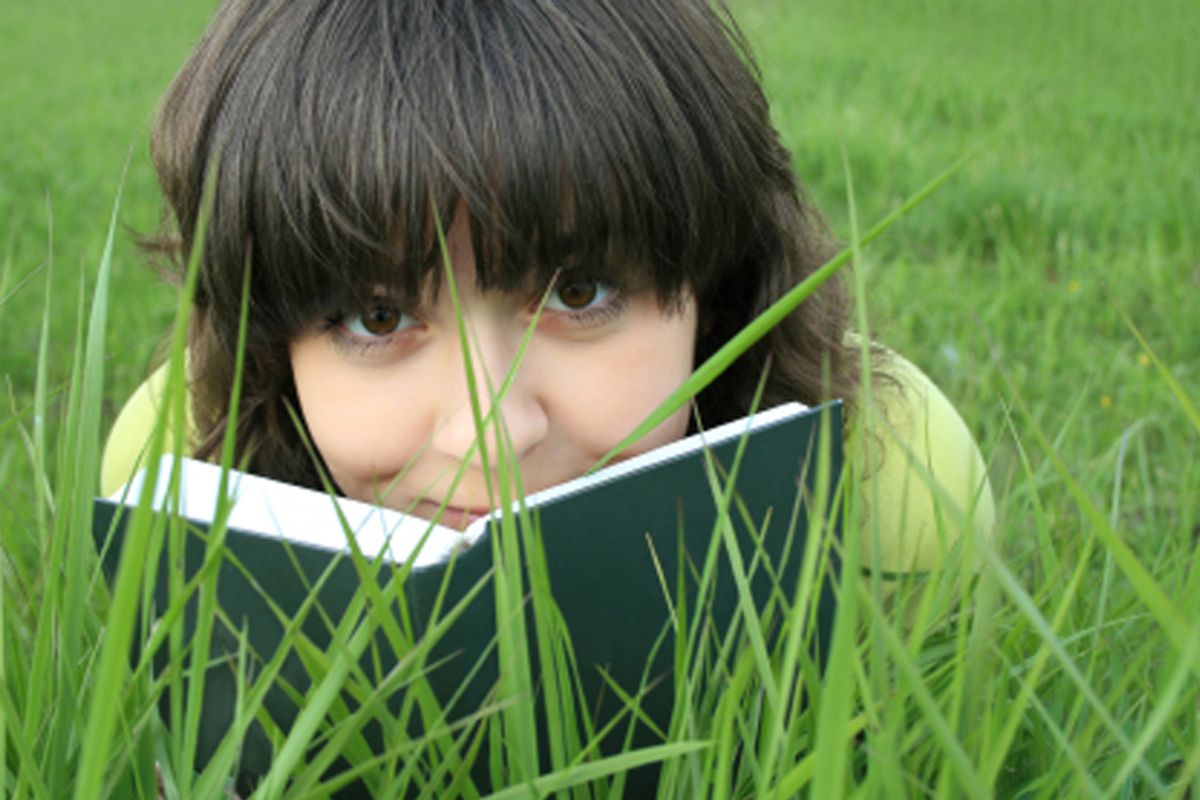 In the kickoff essay in "How Did You Get This Number," Sloane Crosley's recently published second volume of autobiographical essays, the writer, a well-liked literary publicist, describes how, months before turning 30, she spun her globe and booked a flight to the place her finger landed, Lisbon. How spontaneous! How impulsive! How glamorous! But writing just a few years after her trip, Crosley describes her adventure as a grim, surrealist jumble of days. Isolated by the language barrier, Crosley spent an off-season week wending her way through Lisbon's impenetrable tangle of streets and watching porn in an uncomfortable hotel room alone. "While the emotional sum total of my trip would eventually add up to happiness ... hidden between the cathedral and castle tours was the truth," Crosley writes. "I have never felt more alone." It's a terrific evocation of how many women feel, not necessarily about their off-peak vacations to minor European capitals, but about the journey through early adulthood that Crosley is chronicling.

Embedded in Crosley's quirky yarns about travel, work and friendship is a fresh accounting of the mixture of exhilaration and ennui that marks many modern young women's lives. In this, Crosley is a valuable contributor to what is becoming a new subset of the memoir genre; hers is the latest in a string of entries from professional young women anxious to reflect on the adventure of coming into their own on their own. Unlike the tales of trauma and addiction that studded the first wave of publishing's autobiographical boom, Crosley and her compatriots are staking out stylistically understated but historically explosive territory by describing experiences that may not be especially unusual, but are unprecedented, because the kind of woman to whom they are happening is herself unprecedented. This crop of books is laying out what it feels like to be a young, professional, economically and sexually independent woman, unencumbered by children or excessive domestic responsibility, who earns, plays and worries her own way through her 20s and 30s, a stage of life that until very recently would have been unimaginable or scandalously radical, but which we now – miraculously – find somewhat ho-hum.

Ten years ago, Meghan Daum published "My Misspent Youth," a collection of meditations on her dealings with money, work and debt, alongside essays on dating as a shiksa and playing the oboe. There were no drug overdoses, no suicidal ideations. There wasn't the cultural analysis of Joan Didion or the political investment of Vivian Gornick. The decade since Daum's freshman entry has seen scads of books built along the same calm lines: telling what it's like to be among the first generations of American women not expected to marry or reproduce in their early 20s, for whom advanced education and employment have not been politically freighted departures, but rather part of a charted path, and for whom romantic solitude is regarded as neither pitiable or revolutionary.

The literary records of this newly carved out period of female life approach it from different angles and vary in quality. But they serve as magnifying glasses for women eager to examine not only their navels but also the opportunities and anxieties presented to them as they embark on a road that sharply diverges from the one traveled by most of their mothers, and certainly by their grandmothers.

In addition to Crosley's sophomore effort, Daum published another memoir this year, about her obsession with buying a home ("Life Would Be Perfect If I Lived in That House"), and Emily Gould chronicled a series of disappointing jobs and relationships in "And the Heart Says Whatever." In 2009, Carlene Bauer wrote about piety and purity as an ambitious young woman adjusting to life in New York City in "Not That Kind of Girl," while earlier this year Emily White used her own independent life as a prism through which to explore the dimensions of loneliness in "Lonely." Rachel Lehmann-Haupt's "In Her Own Sweet Time" was a reported book about the world of extended reproductive technology, but Lehmann-Haupt approached the story through the lens of her own protracted single and childless status. Rachel Shukert has written two memoirs -- including the upcoming "Everything Is Going to Be Great," about a year lived in France -- and she's not even 30. In June, Helena Andrews published "Bitch Is the New Black," a wry look at her life as a young black professional single woman in Washington, D.C.

Few of these memoirs present a terrible dilemma from which a larger moral truth – or even a larger narrative arc – may gracefully emerge. Most have been written by women younger than 40, women who appear from some angles too young and ordinary to have amassed enough raw experience to spin into printed gold. But the ordinariness is precisely what makes these books an extraordinary sociopolitical phenomenon: They reflect a new world in which regular women are expected to have professional, economic and sexual agency, in which their single status is not the stuff of Lily Bart-ian social shame or Erica Jong-ian sexual iconoclasm.

In decades not so far removed from our own, to have been unattached in your 20s, let alone into your 30s, was to hover perilously close to economic collapse, social disapprobation and moral condemnation. The ghosts of past generations of single urban women of the most tragic sort haunt one of Crosley's essays: the story of her attempt to sublet a hip apartment in a now-demolished Bowery brothel where scores of prostitutes had killed themselves at the turn of the 20th century.

These days, living single into your 30s, especially in places like New York, Los Angeles, Chicago and Washington, D.C. -- particularly if you are a woman of financial and educational privilege -- is not only no big whoop, it's been glamorized by movies and television shows, "Sex and the City" chief among them, that have amplified the imagined material opulence of solo female life, too often conflating the economic and social freedom with the amount of stuff you can buy and the number of people you can sleep with.

Memoirs like Crosley's and her compatriots' offer a corrective for both critics and aspirants who have been Carrie-d away by visions of gi-normous walk-in closets. They remind us of the ways in which those closets might once have stood for other, less sartorially driven expanses of new space into which contemporary women have happily scampered, and in which they have, of course, occasionally found themselves disappointed, lost and confused.

Crosley's opening sojourn to Lisbon encompasses the spirit of many of these books, demonstrating the ways in which the breathtaking liberties of modern single womanhood -- in which a 29-year-old with no husband and no kids to weigh her down also has the ability to make enough money to take an unplanned trip to Europe! -- can just as easily leave the 29-year-old feeling lonesome, perplexed and exhausted.

In so many ways, for so many of us privileged enough to make the most of our sparkly new opportunities, those years offer an exuberantly selfish scope for our ambitions, the chance to mold careers, social circles, homes and selves from the still-gloopy clay of late adolescence. But that doesn't mean that the stretches of time in which we work to make ourselves into who we'd like to be aren't also dispiriting and terrifying and frequently kind of boring.

It's this lack of surety that leaves many of the young memoirists with stories that don't end cleanly, from which there is no salient lesson to be gleaned. These are the tales of combing through real estate sites, learning that your waitress friends cease to be your friends when you escape the context of the bar in which you worked elbow-to-elbow with them, stories about repeatedly locking yourself out of the apartment into which you have just moved on your own. The fun of reading the books comes from their humor, their honesty, their recognizability.

But there is also a substantial value in beginning to fill in the texture and color of what life is like for women whose choices to work, think, love and live even briefly outside of the expectations for wifely domesticity have become remarkably unremarkable.

It's not that there are no romantic or erotic imbroglios to be recounted. Men, dating and heartbreak float in and out of these stories. But they are not the narrative force. These are books about chicks, but worlds away from assumptions about the chick-lit genre in which plots hinge and characters orbit around the question of whether the heroine gets or loses a guy. The romantic interests here are given no more weight or import, really, than the mothers, fathers, sisters, bosses, roommates, drinking buddies and Bridezilla girlfriends who give these books, and the lives of the women who write them, their shape and rhythm. Perhaps more tellingly, romantic foibles or successes are not treated as a measure of the value of the protagonists' lives, a circumstance that is so recent and yet now so common that we forget how disruptive to the social order it still is.

Of course, when one set of domestic expectations lifts, other expectations quickly arrive to replace them: The possibilities of success, wealth, happiness, true love, close girl-friendship and super-awesome spontaneous trips to Lisbon carry their own oppressive weight, the awareness that none of us can possibly live as cheerily and as gaily as we might fantasize about doing. It is difficult, often impossible, to live up to the standards that we set for ourselves now that our standards can soar. Freed slightly from the fear of disappointing others, we now carry the fear of disappointing ourselves, not living up to our own varied potentials. In the press materials for the book, Crosley talks about how her first book was "very much about generational disappointment," and that this one is "a grown-up version of those same ideas. Disappointment 2.0."

Running throughout the book is an undercurrent of feeling lost but pressing on. There is the knotted mess of Lisbon streets, an essay about the diagnosis of Crosley's spatial processing disorder, and the final, wrenching piece about coming to terms with stolen goods she has been receiving and the otherwise committed man she has been dating.

As Helena Andrews has said about her memoir, and the women whose stories resonate with her own: "We got the undergrad degree, we've got the master's degree, most of us, the great job, the closet we've always coveted, and we think that happiness should come immediately after that. And that's not always the case ... We know what we can do, which is anything. But we need to figure out what we want to do."

These books are part of a quiet but revolutionary effort not only to explore what modern single women can do and what we want to do; they serve as a valuable record of simply what we do.