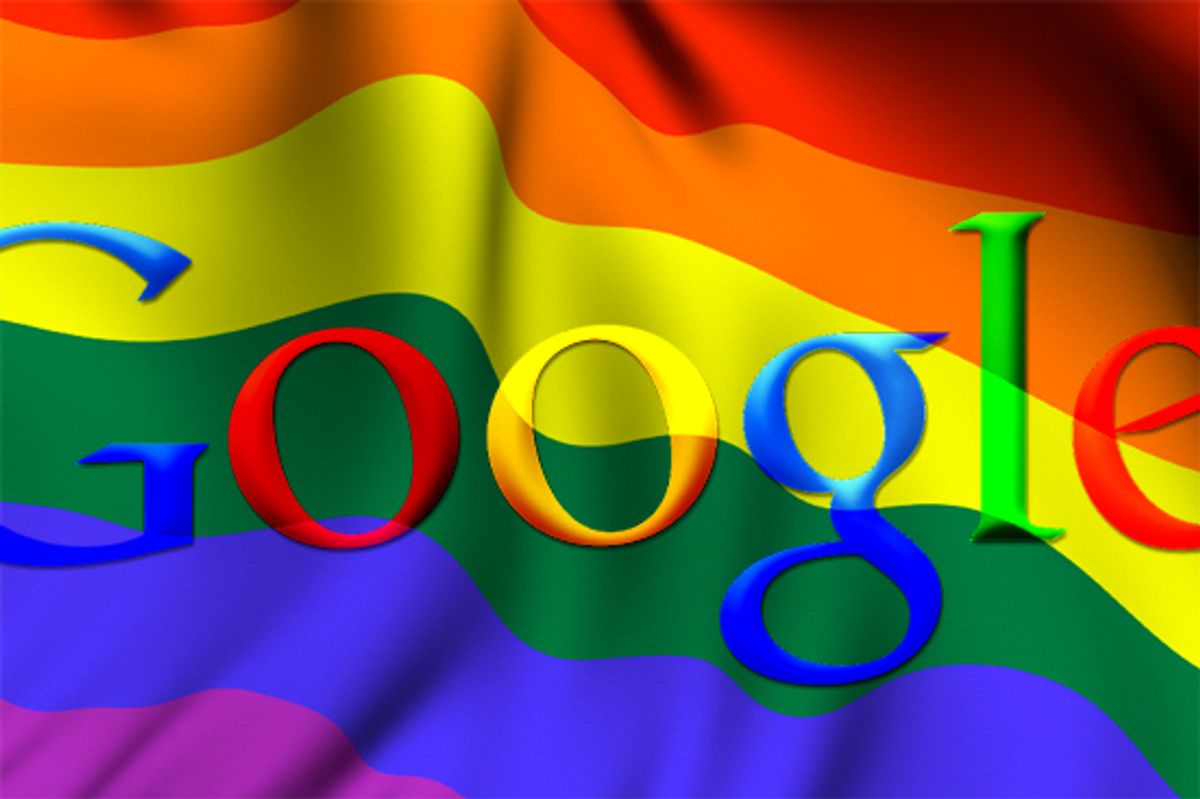 For LGBT tech nerds, Google has long been a coveted employer. The company offers benefits for same-sex partners, spoke out against Prop 8, and even has a special recruiting website for aspiring gayglers, as the company's queer staff are known. And beginning today, the New York Times reports, Google will also foot the bill for a hefty tax that its employees pay on health insurance coverage for their same sex partners.

Google isn't the first company to cough up the cash for the tax, which amounts to a yearly average of $1069 per couple, but it's a rare practice, even among employers that offer partner benefits. I have to say, this is a savvy strategic move for the web giant, which competes with a sea of other benefit-heavy Silicone Valley companies for its talent. And, as experts note, when Google makes a statement like this, other companies are likely to follow. "When you have a high-profile company doing anything, that tends to get into the mind of the culture, and it can have a more diffuse effect," one health consultant told the Times.

Nice work, Google. Your gayglers are lucky to have you. And here's hoping that domino effect pans out, because in addition to the general raft of crap that gay people in this country deal with, even those lucky enough to live in progressive areas and work for progressive companies face a spate of hidden costs in their day to day lives -- from increased taxes on their shared assets to the far higher cost of having children (think sperm banks, artificial insemination, adoption, etc.) to the ludicrous lawyer fees associated with working out shared property and child custody when your union isn't recognized by the federal government. Being gay is expensive, and Google's move to defray even a bit of that cost is an encouraging one. But as the Times reported last year, a middle class gay couple faces between $30,000 and $200,000 in added expenses over their straight counterparts in the course of their adult lives. And for that, the extra money the gayglers will soon be picking up is only a drop in the hat.