Hometown papers' editorials unpredictable, for once

Local dailies in Hollywood and Silicon Valley get counter-intuitive on copyright-vs.-progress story 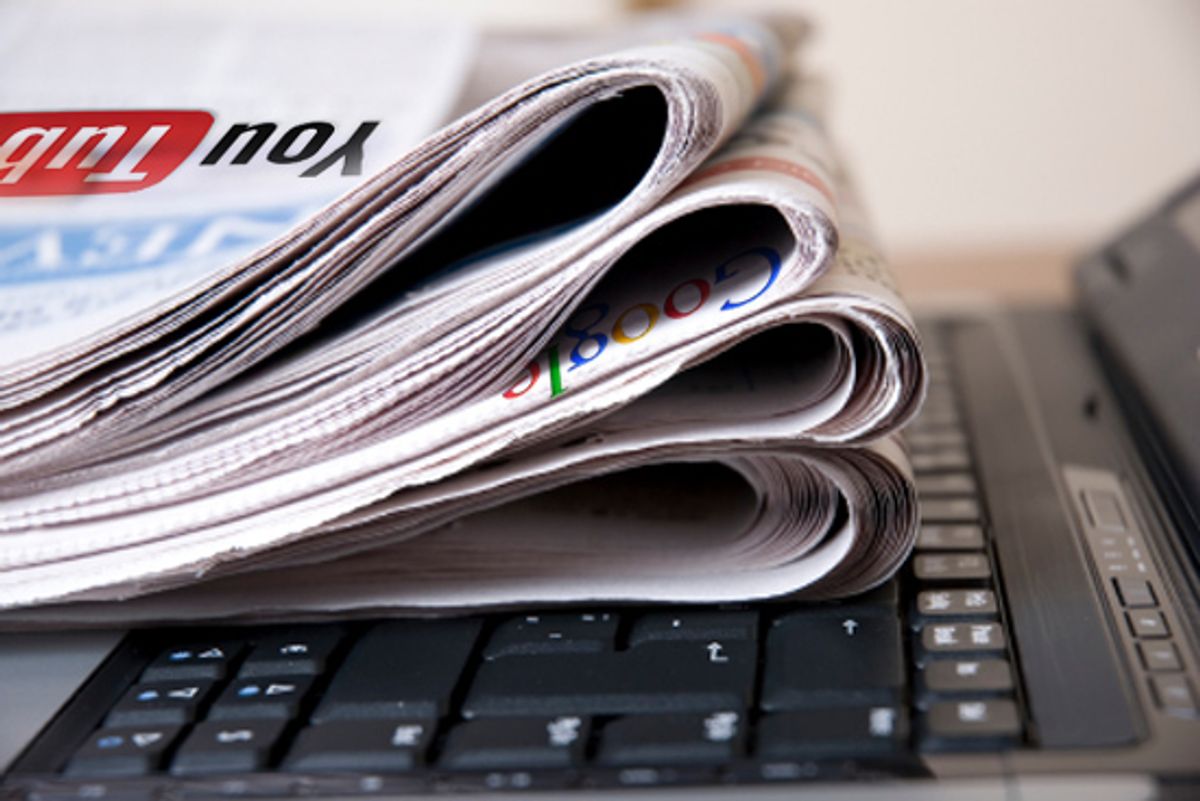 Just as politicians tend to favor positions taken by the people who pay for their campaigns, local newspapers tend to editorialize in favor of the prevailing economic realities in their regions. That's why it was surprising in recent days to see how the top daily newspapers in their respective regions of California handled Google's victory, at least temporarily, over Viacom in a copyright case that's one battle in the war over who'll control the Internet.

You'll recall that a federal judge slapped down Viacom's claim that Google's YouTube video service, by allowing its copyrighted videos to be posted on the site, was contributing to copyright infringement. The judge said YouTube was following provisions of the current copyright law that say, among other things, that a site owner is not immediately responsible for what others post there. However, once notified by a copyright holder that it's hosting infringing work, the site is obliged to take it down.

On Tuesday, the Los Angeles Times, which has often pitched Hollywood's angle on a variety of issues, published a surprisingly perceptive editorial, very much not taking the film studios' side. The piece observed that the judge's ruling was a needed rebuff to yet "another effort to shift copyright holders' responsibilities onto the middlemen who have opened new distribution pathways online." It went on:

Those efforts are understandable, given how quickly works can spread around the world, and how many sites can become unauthorized sources. But speedy, low-cost distribution is one of the great advantages of the Internet, not a flaw.

There was more than a little sympathy for the Hollywood dilemma -- way more than the Copyright Cartel deserves, in my view -- but the Times editorial page showed worthy independence of immensely powerful local interests in its analysis. Two cheers for the Times.

But it's just one cheer for the San Francisco Chronicle's editorial board after reading its day-earlier take on the ruling -- and that's solely because the Chronicle didn't genuflect to the Bay Area's dominant local businesses in Silicon Valley's technology community. They overwhelmingly sided with Google in the matter, for sound reasons that go beyond money. (My view on the case, as posted here last week, is that the ruling meant progress for free speech and collaboration much more than a milestone in a corporate war.)

The Chronicle's editorial grudgingly accepts that the judge knew what he was talking about regarding the law, but that seems to be the problem. For the editorial writer, this is really about who's going to control content on the Internet -- and for the Chronicle, control appears to be binary:  If the creator of media content can't have absolute control, he or she will be forced to give it away.

The final line is the tip-off to what's ultimately on the minds of the editorial board: payment for creating media. Calling for new copyright laws -- though what they should contain never makes its way into the piece -- the newspaper says, "We can't expect people to create things for free -- unless we believe that the only people in our society who can be creative are those who are already rich."

Actually, we can expect people to create lots of things for free, even people who aren't rich. They always have, and always will. And we can expect the creative destruction of technological and economic competition to bring us adapted or new business models that will accept technology's realities and not try to push the proverbial toothpaste back into the tube.