Conservatives, already angry at the gun lobby for dealing with Dems on the DISCLOSE Act, won't be happy 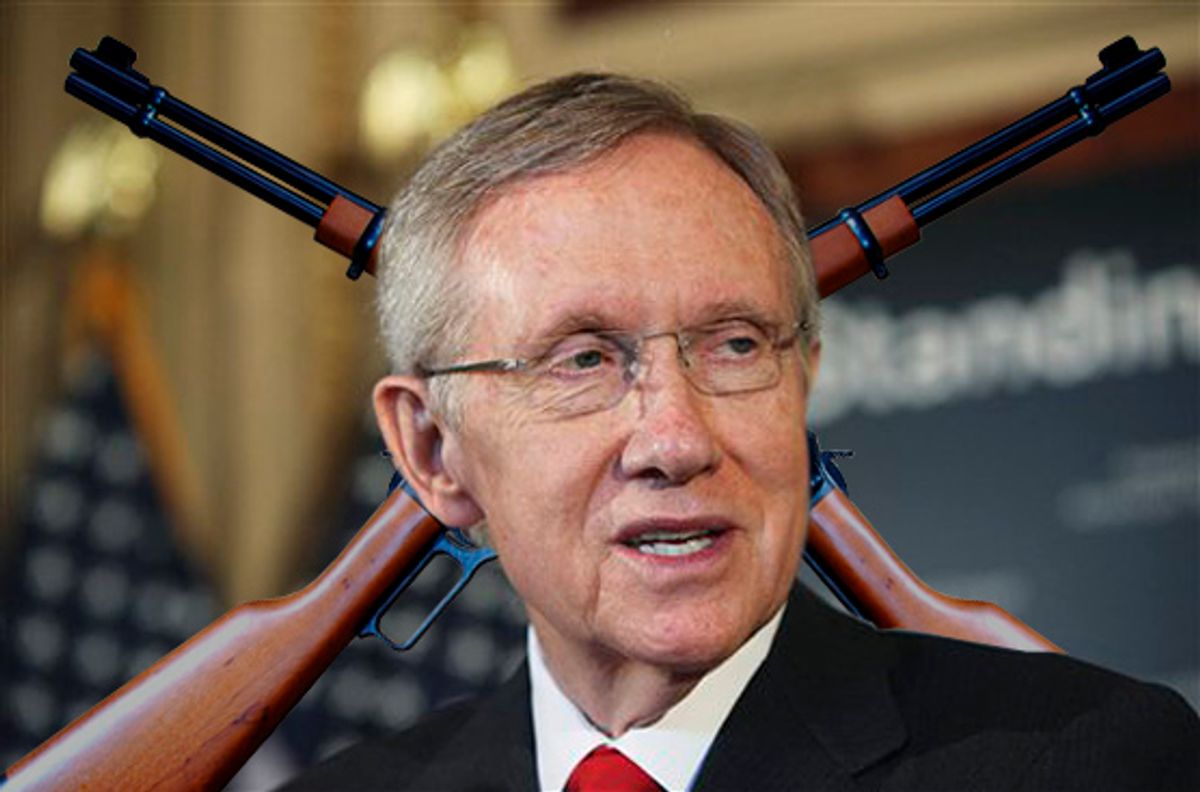 FILE - In this May 5, 2010 file photo Senate Majority Leader Harry Reid of Nev. speaks on Capitol Hill in Washington. Voters primed for change will cast ballots in 12 states Tuesday, June 8, 2010, setting the stage for some of the races that could determine the balance of power in Washington in the fall. Big-name Republicans skipped the Nevada race and Reid has seen his chances lifted after a caustic Republican primary, that could leave him facing tea party favorite Sharron Angle, who wants to abolish the federal income tax code, phase out Social Security for younger workers and eliminate the Education Department. (AP Photo/Manuel Balce Ceneta, File) (Manuel Balce Ceneta)
--

The NRA will negatively score lawmakers who vote to confirm Elena Kagan, even though she never said anything bad about guns. But! According to RedState's Erick Erickson, who brought out the bootleg Drudge siren and everything, the NRA is "leaning toward endorsing Harry Reid."

Why would the NRA do this? Because Harry recently bought them a fancy gun park in Nevada.

The right-wing Internet nuts are all enraged at the NRA these days, for things like occasionally supporting Democrats and for successfully lobbying for their right to continue electioneering. Erickson points out that the real gun lobby -- the fringey Gun Owners of America -- hates Reid and is working tirelessly to fire him, or at him.

Of course, Harry's opponent, Sharron Angle, loves guns so much that she has mentioned  something called "Second Amendment solutions" to the various problems plaguing America (like Harry Reid, say).

But Reid, whom the NRA has endorsed before, is one of the most influential and powerful men in Washington. If there's a chance he holds on to his seat, it would be pretty stupid of them not to endorse him.