Tiger trumps his prenup with huge divorce settlement for Elin

Golfer's infidelity will end up costing him millions, yes, but don't believe every number you've heard 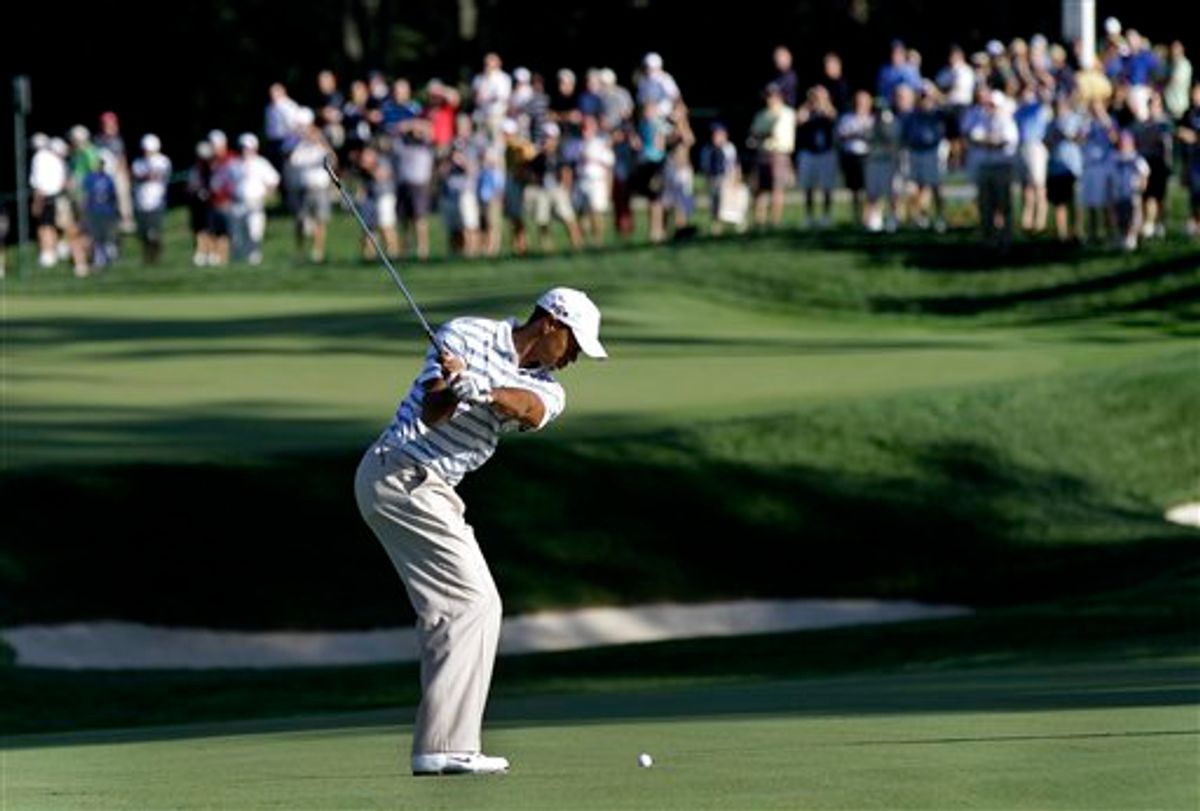 Reports are flooding the Internet about Tiger Woods and Elin Nordegren's allegedly impending divorce, with speculation on the size of the settlement hovering around $750 million. Given that Forbes put the golfer's net worth at $600 million last year, then put his career earnings at $1 billion, no one really knows how much he'll cough up. Details are still scarce, if they're even true, but some of the more mundane among them include shared legal custody (so no carting the kids off to Sweden without consent), a gag order on Elin so she can't ever share her side of the story, and division of assets that leaves Tiger with the newly renovated manse on Jupiter Island in Florida. At least the golfer can look forward to actually golfing in Philadelphia at the AT&T National.

Below is the interview Tiger gave to a CBS affiliate this week.