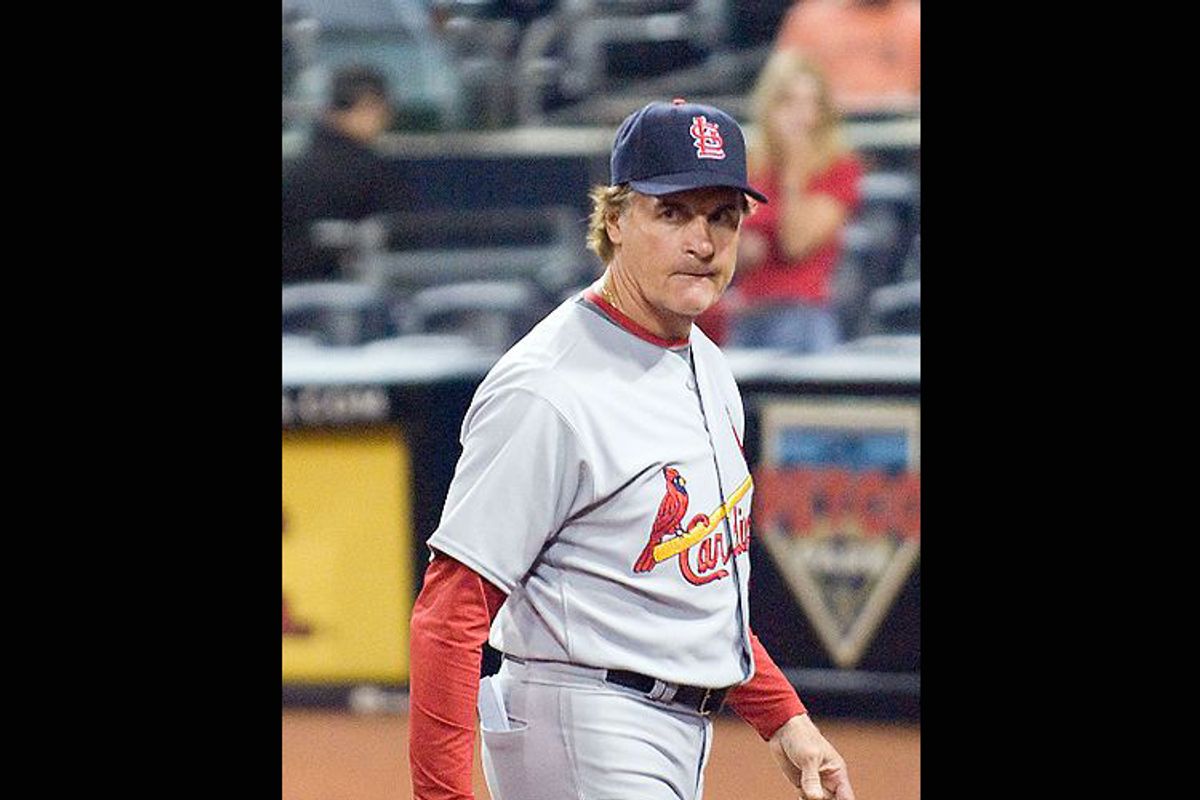 Move over, Victoria Jackson, the Tea Party movement may have found a new celebrity face: Tony La Russa, the long-serving manager of the St. Louis Cardinals.

La Russa, who has managed two teams to World Series triumphs, outed himself last night, when a handful of St. Louis Tea Party activists used the Cardinals' game against the Arizona Diamondbacks to show their support for Arizona's new immigration law. ("Part of the gate goes to the Arizona Diamondbacks and there are a lot of groups that are boycotting Arizona. We're 'buy-cotting' Arizona," one of the activists explained to a St. Louis television station.)

He also had kind words for the Tea Party activists: "This is America, right? You're supposed to be able to have opinions and disagree, and a lot of things they do I think are correct."

On one level, it's not surprising to learn that La Russa's politics might tilt to the right. The coaching ranks of major sports are littered with Republicans. For a story I wrote last year, I could only find two football coaches -- in the NFL or college -- who had donated money to Barack Obama's 2008 campaign (and one of them, Dick Tomey, has since retired).

But the news is also somewhat puzzling, when you consider that La Russa is also an animal rights crusader. He is the founder of the La Russa Animal Rescue Foundation, which provides shelter and care for lost and abanonded pets. (Today actually marks the first day of ARF's "Cat Independence Day" promotion.) Sure, there's no reason you can't love kittens and poodles while despising Social Security and stimulus spending, but there probably isn't much crossover membership between the Tea Party and PETA.

La Russa has said that his activism began about 20 years ago, when he took in a stray cat that he found after a baseball game. Since then, he's renounced eating meat and ramped up his activism. In 1998, for instance, La Russa's group joined with Doris Day's Animal League to pressure then-President Clinton to have his chocolate Labrador, Buddy, neutered -- something the president ultimately agreed to do.

Besides that, though, La Russa hasn't really ventured into the political realm. A donor search finds that no one with his name has donated to federal or state candidates in the last 20 years. And, besides expressing irritation that Bob Dole and Jack Kemp (then the GOP's presidential and vice-presidential candidates) caused some commotion by leaving a key 1996 Cardinals game in the middle of an inning, he's never said much about politics. Until now, that is.