With a new TSA chief in place, I don't expect a complete overhaul, but how about a few key changes? And happy 4th! 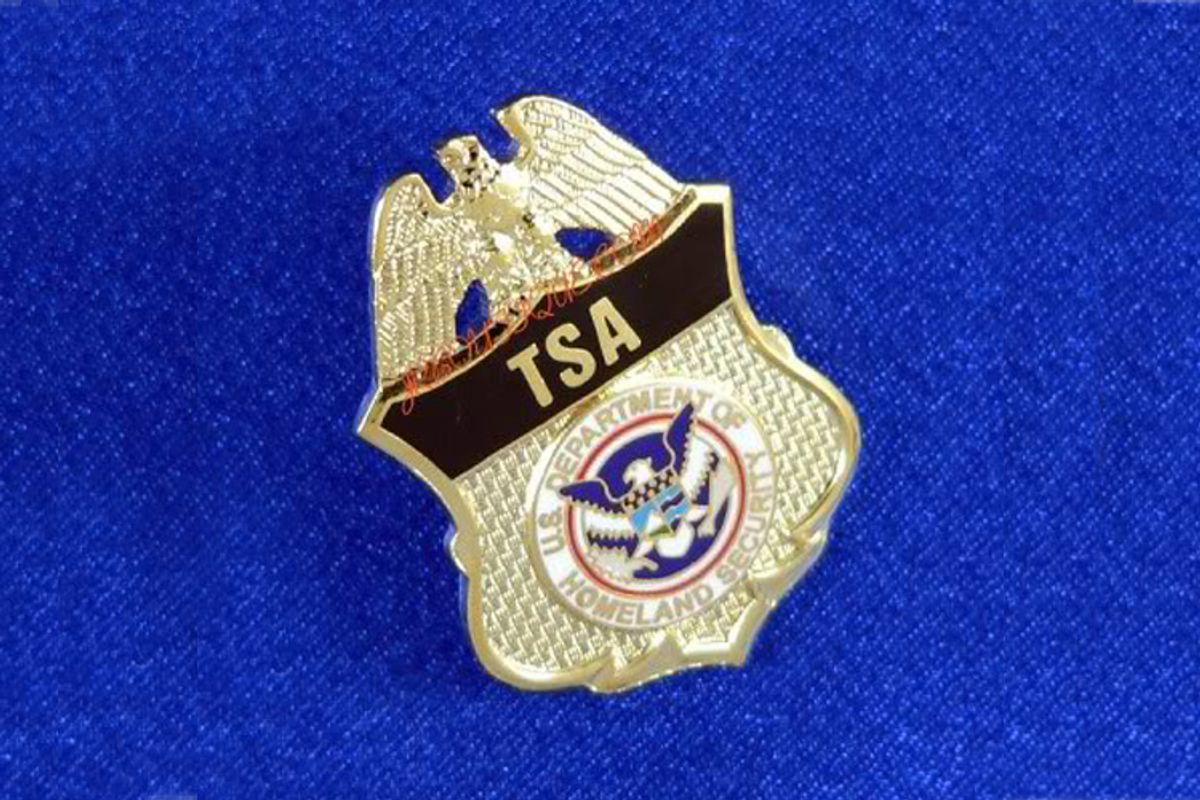 Here it is, the cusp of the Fourth of July weekend. The weather is hot, everybody feels lazy and disengaged. And I have nothing important to talk about. Sorry, it's been a quiet week in the world of air travel. That's a good thing, I suppose, if you're a traveler; for those of us whose writing gigs depend on the various scandals and controversies that drive the rest of you crazy, however, it presents a challenge.

So, with nothing urgent going on, let's keep this brief and breezy. Here are some scattered thoughts -- musings from the seat pocket of the mind, so to speak.

Based on the stories trickling in, it appears that conditions on that Virgin Atlantic A340 stranded at Bradley Airport last week really were as hot and uncomfortable as the media first reported. What I still don't understand, though, is how the plane's air conditioning could have failed outright, as everybody is saying it did. The A340, like any jetliner, has dual air conditioning systems -- pilots call them "packs" -- that can be powered via the main engines or the APU. The idea that airflow could have been completely shut off doesn't make sense to me. I keep reading about "generators" that were not working on the ground. But generators have nothing to do with the air conditioning packs.

The only conceivable scenario is one in which the crew was relying on the auxiliary power unit  to provide power and air conditioning, with all four engines shut down, and then, for some reason, the APU failed. This would render the jet powerless save for an internal battery, which would not be strong enough to run air conditioning or get an engine started. An external power or air supply could be hooked up, as is usually the case when a plane is at the gate, but parked remotely, after an unexpected diversion and with no company staff on hand, perhaps this wasn't possible.

Apropos of Tuesday's column on the Transportation Security Administration documentary, "Please Remove Your Shoes," I was noticing the other day how the name badges worn by TSA screeners are engraved with the word "officer." There's no hard-and-fast definition to that word, but what do you suppose they are trying to suggest?

I have to wonder how actual officers, as in law enforcement officers, feel about that.

For what it's worth, I never refer to TSA screeners as "officers." I call them what they are: screeners, or guards.

You'll notice too, among the accouterments of intimidation that comprise TSA's spiffy blue uniforms, those shoulder-clip walkie-talkie devices like the ones worn by cops. Only once or twice have I ever seen a screener talking through one. Do these devices really serve some useful purpose, or is it part of the show?

TSA has a new chief, by the way. John Pistole was sworn in on June 25. The post had been vacant for some time, and Obama had gone 0-for-2 with his first attempts. Pistole has a 27-year law enforcement and counterterrorism background with the FBI. That sounds impressive, and the idea of some wisdom and experience at the helm of TSA makes one hopeful. Maybe too hopeful?

Assuming that a radical, top-to-bottom overhaul of airport security is out of the question, I have a couple of simple, non-policy questions for Mr. Pistole:

Why are the X-ray machine belts so high off the ground? I mean, wouldn't it be better if the belts were at or near ground level, or had an incline at the front end, so people didn't need to hoist their heavy belongings on and off? It would make things easier and faster, and it would lessen the risk of dropping and damaging valuable items -- computers especially.

And why not a carousel-style setup on the collection side? With the linear pickup points currently in place, bags and trays tend to backlog into the X-ray machine while people are busy fumbling with their shoes, laptops and one-quart Ziploc bags containing liquids, gels and/or aerosols in containers of 3.4 ounces or less. The screeners can't screen when the luggage is gridlocked.

It's amazing. We've had almost a decade to get it right, but still the physical setup of the screening stations is atrocious -- a jury-rigged assemblage of noise, clutter and disorganization.

I'm additionally curious as to how the agency plans to adjust to the new EU allowances for liquids and gels. Back in April, EU officials announced that existing carry-on restrictions, which for the time being are in line with those used in this country, will be completely rescinded by mid-2013. TSA will have little choice but to follow suit, you'd think, or it'll be chaos for U.S. passengers making connections to and from flights overseas.

What TSA really needs is a snappy motto. Something along the lines of "In Nonsense There Is Strength."

Speaking of mottoes and nonsense: airport Janglish alert. At Boston-Logan the other day I spotted a Japanese girl wearing a white T-shirt emblazoned with a heart-shaped emblem and the following phrase: "Never Ending Lovery."

Even better: I was at the airport in Accra, Ghana, recently. Just outside the arrivals hall was the usual phalanx of drivers and touts and tour guides. As you see at airports everywhere, many of them were holdings signs, trying to track down their guests. "Mr. Martins," one of them said, for example. "Roberts Family," read another.

But then I saw one that couldn't be explained. A short man in a dapper white suit was looking expectantly toward the crowd of just-landed passengers. In his hands was a sign. In crisp block letters, the sign said this: "Battery Dance."

A free hat or T-shirt to anybody able to tell what this meant. I haven't Googled it yet because I'm afraid to.

If nothing else, there's a name for your new band.

While we're at it, what's the strangest, most inexplicable thing you've ever seen at an airport? Send your entries to me directly -- don't post them in the letters forum -- and I'll publish the best of them in an upcoming column.

And last, Thursday is July 1, which makes it a special anniversary.

It was 24 years ago today that I was nearly killed in a small plane over Nantucket Sound while trying to impress a girl named Dorothy Meyer. This favorite/least favorite memory of mine is immortalized here.