In defending the late West Virginia senator's approach to politics, he might have been justifying his own 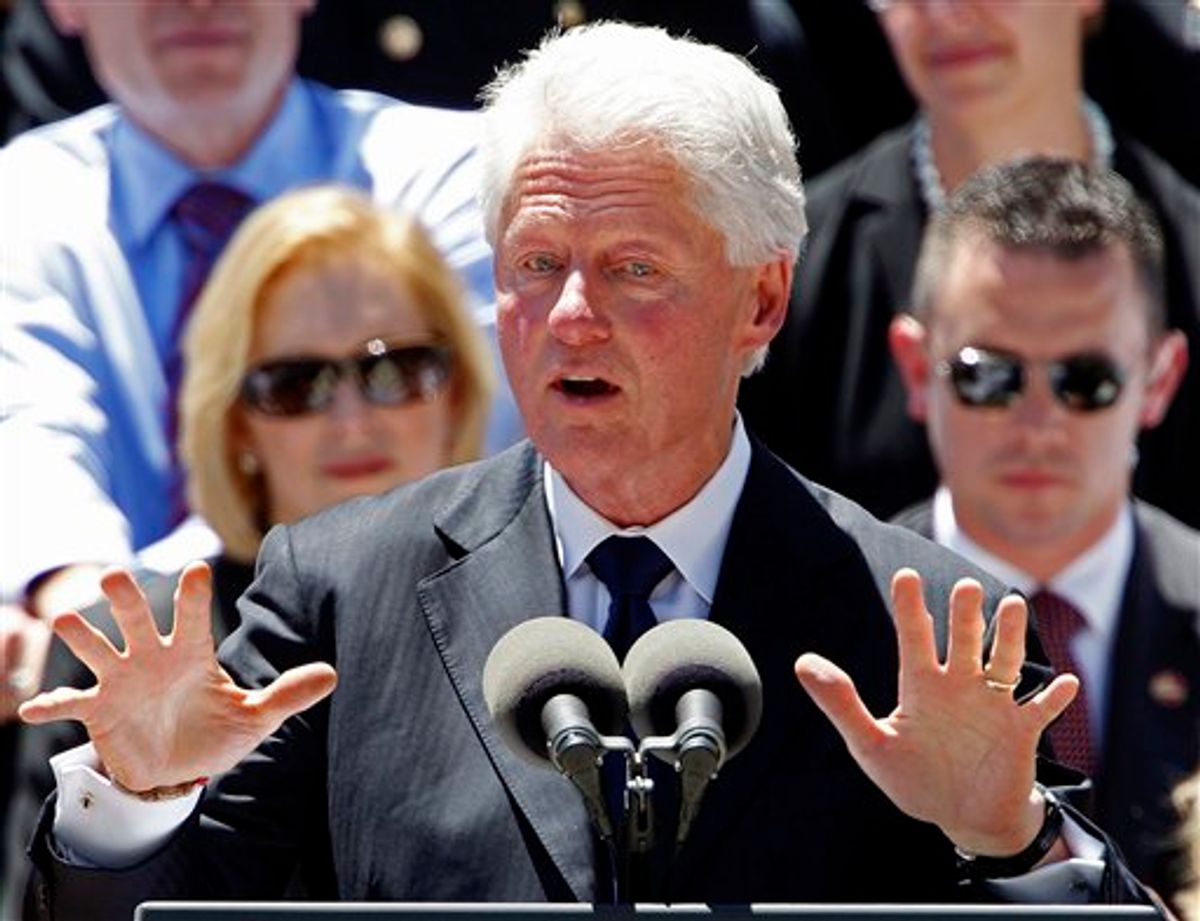 "I'll tell you what it means. He was a country boy from the hills and hollers of West Virginia, he was trying to get elected. And maybe he did something he shouldn't have done, and he spent the rest of his life making it up. And that's what a good person does. There are no perfect people. There are certainly no perfect politicians."

This is actually a somewhat new defense of Byrd, as far as I can tell. The usual excuse for his Klan association is that he had been young and naive, and that as the years went by, he saw his error, repented, and went on to rack up a laudable legislative record on civil rights issues. That's the basic narrative that Eugene Robinson detailed earlier this week, when he saluted the "personal enlightenment" that Byrd attained and called his life "a story of change and redemption."

But to hear Clinton tell it, Byrd's Klan membership -- and, more broadly, the ghastly record on racial issues that marked his first three decades in Congress -- was more the product of a cynical career calculation. He knew it was wrong but figured it would help him get ahead, and then, when he finally did establish himself in Washington, he tried to make up for it by using his power for good. (A similar portrait of LBJ emerges in Robert Caro's exhaustive biographical series.)

Watching Clinton today, I couldn't help thinking that the former president, intentionally or not, was also talking about himself and his own approach to politics. Like LBJ, Clinton never really saw the point in making principled-but-unpopular stands in election years. The important thing, he seemed to believe, was to be in office and to make as many right decisions then as politics would allow. For instance, does anyone really believe that Clinton liked the Defense of Marriage Act in 1996? But he signed it anyway (in the dead of the night), and bragged about it on ads on Christian radio stations. It helped assure him a second term, and he could rationalize it by telling himself that -- even after DOMA -- he was still a better president for Americans than Bob Dole would have been.

And that's just one example. The biggest knock on Bill Clinton has always been that he's too ideologically flexible -- too unwilling to stake out clear, unambiguous positions on contentious issues. If you don't like where he stands, David Obey grumbled back in 1995, just wait five minutes. Of course, as Democrats came to realize before 2008, Clinton was also much better at winning elections -- and enacting at least some of the things Democrats believe in -- than any of the party's other national figures.

In defending the compromises Byrd made to attain power, Clinton could just as easily have been defending his own.