A Tea Party idea that Democrats should embrace 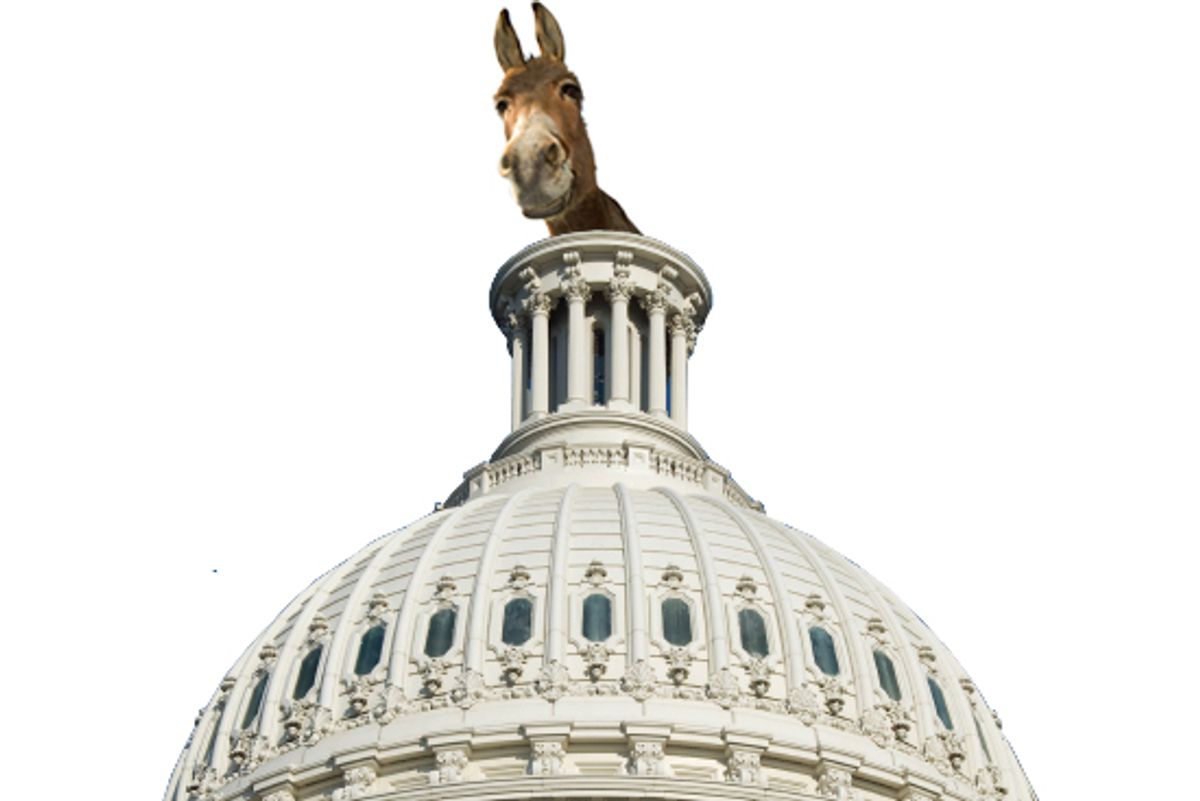 Now that the Tea Partiers claim to have rediscovered the Constitution (which could be safely ignored during the Bush years), a spotlight is suddenly shining on some of the more obscure amendments that no one has thought about in ages.

First and foremost for the right is the Tenth Amendment, a decidedly vague sentence about how the federal government has only the powers specifically given to it by the Constitution. However, they’ve reached deep into their tricorner hats to pull out a real doozy: the Seventeenth Amendment, which some of them would like to repeal.

If it’s been a while since you’ve taken high school civics, the Seventeenth Amendment, enacted in 1913, provides for direct election of U.S. senators. This was a break with the old method of having senators picked by state legislators, without public input. It recently became an issue in the Republican primary in Idaho’s 1st Congressional District, but it’s also been bubbling up into Republican state party platforms, such as in the one just ratified in Idaho this week.

The irony, of course, is that activists from a movement that seems centered around protests of "taxation without representation" are agitating for something that would significantly reduce their representation, by taking away their right (and everyone else’s) to elect 100 of the most powerful people in the country.

Their apparent rationale is that this would be a method of shifting power from the federal government to the states. The assumption (a somewhat optimistic one) is that appointed senators would be more responsive to the wishes of their state’s voters. Or something like that. But the law of unintended consequences is at work here: If their plans were somehow to succeed, the Senate would -- at eleast for now -- become significantly more Democratic.

Let’s assume that a state legislature in which both chambers are Democratic-controlled would select only Democrats and that a legislature where both chambers are Republican-controlled would select Republicans. There are 26 states where the Democrats control both legislative chambers, and in those states, there are 11 Republican Senators (Alabama’s Richard Shelby and Jeff Sessions, Iowa’s Charles Grassley, Louisiana’s David Vitter, Maine’s Susan Collins and Olympia Snowe, Massachusetts’s Scott Brown, Mississippi’s Thad Cochran and Roger Wicker, Nevada’s John Ensign, and New Hampshire’s Judd Gregg) who would be out of a job.

By contrast, there are only five Democratic senators (Florida’s Bill Nelson, Missouri’s Claire McCaskill, North Dakota’s Kent Conrad and Byron Dorgan, and South Dakota’s Tim Johnson) in states where Republicans control both legislative chambers. The net gain would be six Democratic seats. Granted, this is a scenario based merely on today -- Democrats are likely to not only lose some Senate seats in November but also control of at least a few legislative chambers, too. But letting state legislatures pick senators seems likely to move things in exactly the opposite direction the Tea Partiers envision.