What's to stop Republicans from nominating a candidate who will remind voters of everything they rejected in 2008? 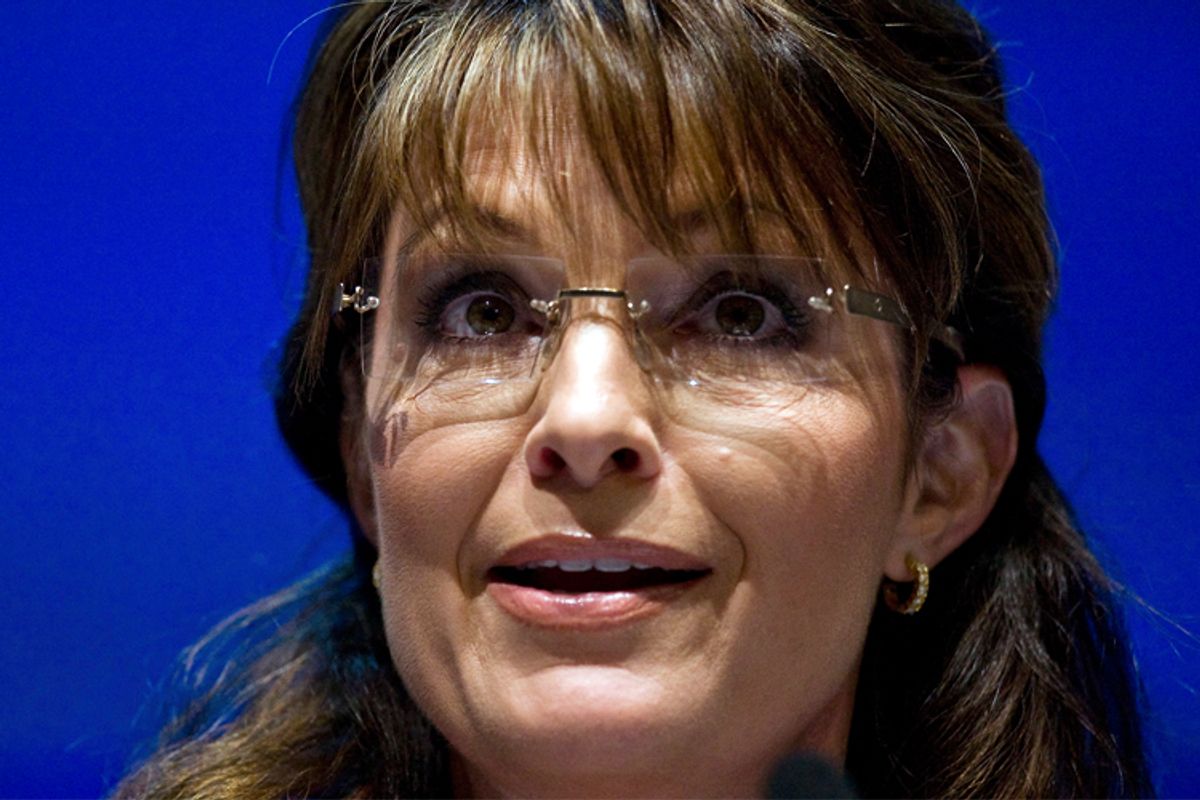 I absolutely agree with this assessment of Sarah Palin's 2012 general election prospects  from Daniel Larison:

If she did somehow [win the nomination], Democrats would spend most of the summer and fall of 2012 rubbing their eyes in disbelief at their good fortune... [A] ticket headed by Palin would be hard-pressed to break 40%. Palin as the nominee would probably make 2012 the most lopsided election victory for the incumbent President since 1984.

But the example of '84 is worth looking a little closer at, because it shows how Palin -- or a candidate as potentially disastrous as her -- could theoretically manage to win the Republican nomination.

In hindsight, nominating Walter Mondale was political suicide for the Democrats. He had been the loyal vice-president in the administration that voters had drummed out of office just four years earlier in a 44-state landslide. And with his decades in Washington and subservience to his party's labor union base, he personified the governing culture that the Reagan "revolution" sought to overthrow.

By making Mondale their standard-bearer, Democrats handed Reagan's media team the opponent of their dreams. With Mondale, the brutal last line of the famous "Morning in America" ad literally wrote itself: "Why would we ever want to go back to where we were less than four short years ago?" In the end, only a slim 3,000-vote victory in his home state of Minnesota spared Mondale the indignity of losing all 50 states.

To understand why Democrats ever picked Mondale, you have to understand where the party -- and where the country -- was in 1982 and 1983, when the nation's verdict on Reagan and his policies was far less positive. In those days, with unemployment surging over 10 percent and the president's popularity slipping to sub-Carter levels, Democrats mistakenly assumed that the '80 election had been a mirage. The electorate, they figured, had acted in haste and was rapidly returning to its senses. The results of the 1982 midterms, when Republicans (who had begun the cycle with claims that they'd win back the House) lost 26 House seats, only encouraged this thinking. To these Democrats, putting up Mondale made all the sense in the world.

Of course, there were voices in the Democratic Party calling for reform -- the "Atari Democrats" of the early '80s (Gary Hart, Bill Bradley, Paul Tsongas and so on). But in the wake of the '82 midterms, they were a minority voice in the party. Hart ended up running for president in '84 and nearly tripped Mondale up. By the summer of '84, it was clear that Hart would fare better -- much better -- against Reagan than Mondale. The same polls that had Mondale losing by nearly 20 points showed Hart trailing by single digits. But Mondale had too much establishment weight behind him at that point and held off Hart's late push at the convention.

The relevance to Palin is obvious: Like Mondale in '84, she would represent to the general election audience of 2012 just about everything they'd rejected in 2008 (and 2006). In nominating her, Republicans would be saying to the country, "We have learned nothing these last four years. We have changed nothing." Moreover, today's GOP calls to mind the Democratic Party of '82 and '83: an aggrieved, resurgent base asserting itself after an electoral drubbing, believing with all its might that inevitable midterm blues facing the new president mean more than they actually do.  That is the environment that produced Walter Mondale in 1984. And it's the environment that could produce a similar debacle for Republicans in 2012.

I don't believe that the GOP will end up nominating Palin. Unlike with Mondale, her absolute unelectability is obvious early on. But there is no shortage of other GOP prospects who would also remind America of what it rejected in 2008. And there's every reason to believe that one of them will be the GOP's standard-bearer two years from now.