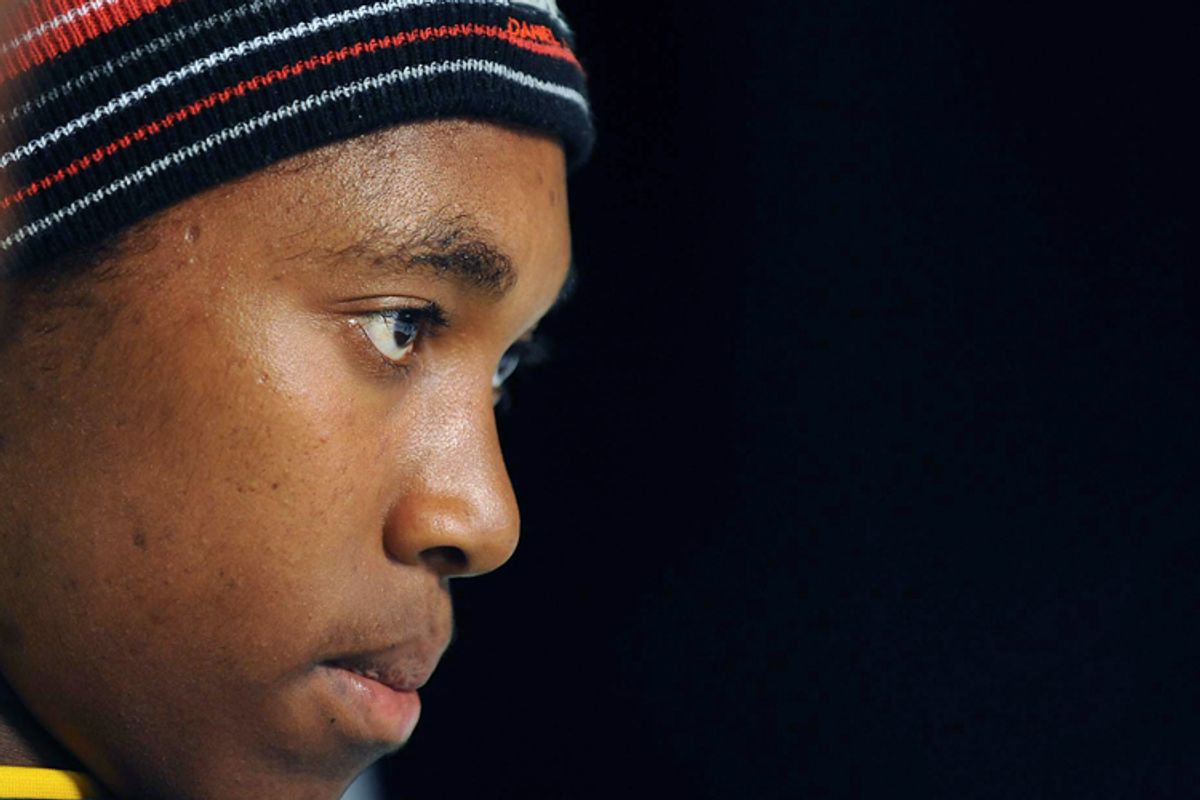 World champion Caster Semenya is back on track, literally. Nearly a year after the 19-year-old runner from South Africa was forced to undergo gender verification testing, the International Association of Athletics Federations announced today that it has cleared Semenya for participation in her sport. Effective immediately, she will finally be allowed to race in women's events.

The IAAF, which is the governing body for track and field, said that it accepts the conclusions of the medical team that examined Semenya -- though these conclusions, and all details, remain confidential, according to the New York Times. In a press statement, Semenya said: "I am thrilled to enter the global athletics arena once again and look forward to competing with all the disputes behind me." Her first race after the long, unwanted, absence from competition may be at the African championships in Kenya in late July, or the Commonwealth Games in India in October, according to the Associated Press.

''We are delighted that Caster is finally being permitted to compete with other women, as is her legal and natural right," her lawyer, Jeffrey Kessler, told the AP. "Hopefully, this resolution will set a precedent so that no female athlete in the future will have to experience the long delays and public scrutiny which Caster has been forced to endure." Indeed, although that seems awfully idealistic. Semenya's ordeal revealed a deeply ingrained discomfort with women who don't have a traditionally feminine appearance. Women's sports tends only to get the spotlight when it features "controversy," rather than merely extraordinary ability, skill, excitement, and accomplishment.

It isn't just plain old controversy, either. There was minimal coverage of WNBA star Diana Taurasi's DUI awhile back, for example. The kind of controversy that carves out space for women in sports tends toward athletes who challenge gendered expectations. Consider Serena Williams losing her temper on the court; Baylor University basketball superstar Brittany Griner punching an opponent; the University of New Mexico's Elizabeth Lambert bullying other soccer players on the field. These, along with Semenya's story, were the headlines that got the most press in women's sports over the last year. More than the (thrilling) WNBA championships. More than Lindsey Vonn's skiing at the Winter Olympics. Without excusing the deplorable behavior of Griner and Lambert in particular, it's notable that all the top stories feature female athletes exhibiting non-traditional characteristics in the public sphere. In the cases of the first three, anger, aggression, and competitiveness. For Semenya, it was mostly her strong body.

It is wonderful news that Semenya is free to compete again in a sport she clearly loves, with the full support of the IAAF. But it's tragic that she was forced to endure global scrutiny, to say nothing of being sidelined from a year's worth of racing while in the prime of her career. Even as she gets back to the starting block, she still faces an unsettling reality: It took cruel speculation about Semenya's "true" gender for her to become world-famous; her profound skill wasn't enough.