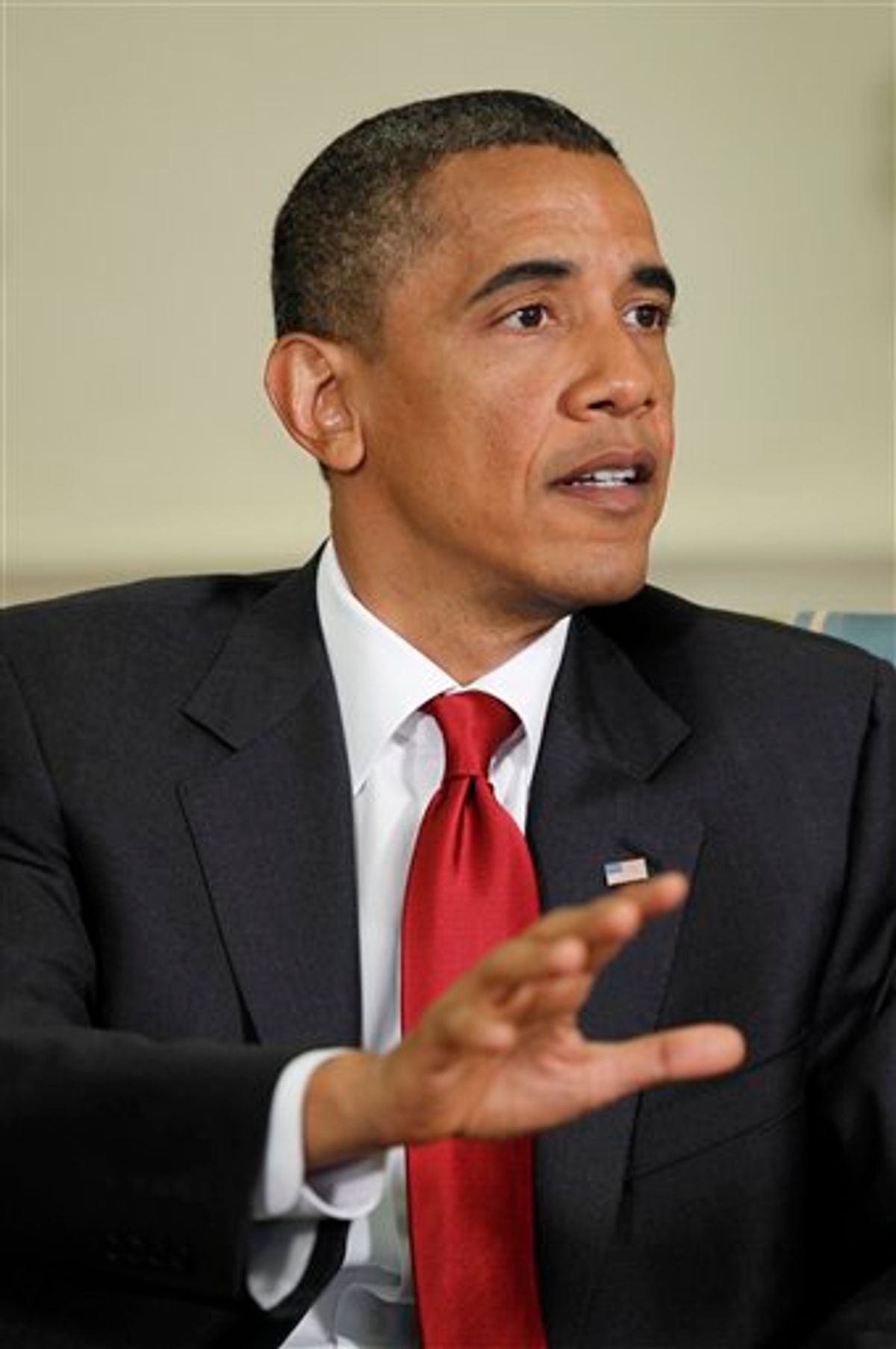 When Rep. Steve King said a few weeks ago that Obama "favors the black person," public attention paused briefly before quickly moving on. There is evidence, though, that the Obama administration might not be as quick as the general public to disregard claims of race-favoritism. In fact, the Obama Justice Department's challenge to the Arizona immigration law filed on Tuesday suggests that sensitivity to claims like those of King may exert a strong influence on administration policy.

The government’s complaint in the Arizona case, which challenges the law commonly referred to as SB 1070, asserts repeatedly that the law frustrates the federal government’s ability to implement national immigration policy. (In legal parlance, the argument is that federal immigration law "preempts" state statutory enactments.) Entirely absent from the government’s argument, though, is any claim that the law encourages officers to racially profile Hispanic residents and violate their Fourth Amendment protection from unreasonable searches -- the aspects of the law that many people find the most objectionable.

That’s surprising, because a preemption argument is unlikely to fell the most controversial provision of the law: the requirement that officers investigate the immigration status of any person they reasonably suspect is in the country illegally. The government’s lawsuit argues that this mandate impermissibly burdens the federal bureaucracy, but it’s hardly intuitive that verifying immigration status with federal officials would thwart the goals or policies of the feds. (To the contrary, federal law specifically authorizes state officers to verify immigration status with the federal government.) In contrast, the notion that that the law foists raced-based decisions on law enforcement officers offers both a more compelling storyline and firmer legal ground.

The government’s focus on preemption makes even less sense when you consider the (largely accurate) perception that the government has abdicated its responsibility to legislate in the area of immigration. Does anyone look at the patchwork of federal immigration law, sporadically enforced, and think that it represents the well-considered judgment of Congress and the president, to which all fifty states must defer? Probably not, which is likely part of the reason that the Ninth Circuit in 2008 rejected a preemption challenge to another Arizona immigration law. It’s also probably part of the reason that the ACLU, in its own challenge of SB 1070, made many arguments that the law infringes a variety of constitutional rights, all of which are missing from the Department of Justice suit. (The ACLU’s press release heralding its suit labeled SB 1070 “Arizona’s racial profiling law.”)

This might be enough to make you suspect that the Justice Department’s preemption-only strategy is not the result of pure legal analysis. Instead, it seems that the Obama administration is walking a fine political line -- attempting to please the left by challenging a much-despised law while avoiding the firestorm that would result if the challenge were grounded in race. By omitting from the suit any suggestion that the Arizona law unfairly targets Hispanics or other minorities, Obama and the Justice Department withhold from Steve King and his ilk ammunition for the claim that the administration holds special solicitude for minorities. (Or, in Glenn Beck’s phrasing, that Obama has a "deep-seated hatred for white people.")

When you consider the host of race-tinged episodes faced by Obama and his team, from the nearly catastrophic (Jeremiah Wright) to the comically mundane (the Skip Gates beer summit) to the largely under-the-radar (the Black-Panthers-at-the polling-station case), the idea that racial politics has influenced the Justice Department’s legal strategy seems credible. After seeing his presidential ambitions nearly incinerated in the flames of race after the Wright tapes surfaced, Obama seems reluctant to place his hand back in the fire. An accusation that SB 1070, favored by a large majority of white Arizonans, amounts to state-sanctioned racism would throw Obama directly into racial debates of the type he has assiduously sought to avoid.

Conventional wisdom holds that this is a smart political strategy -- that when a president claims racial unfairness, it better be unfairness to whites. (See Ronald Reagan and "welfare queens," Bill Clinton and Sister Souljah.) But it’s difficult to see how it makes good policy. It may be beneficial to Obama, politically, to have the Congressional Black Caucus criticize his inattention to the plight of unemployed African-Americans, but it’s hardly good news for anyone else.

The same holds true for the Justice Department’s decision to scrub its challenge to SB 1070 of any racial references. The government may have avoided a politically costly public discussion on race, but it also neglected to throw the weight of the presidency behind the claim that the Arizona law sanctions racism. The missed opportunity is especially surprising coming from the office of Attorney General Eric Holder, who famously declared that America was a “nation of cowards” when it comes to matters of race. He was, predictably, excoriated by conservatives for the proclamation, which may in part explain his reluctance to raise racial issues in the government’s papers. That might be the politically expedient course, but it falls far short of the standard for civic bravery that he set for himself and for us.

James Doty is a writer and lawyer in New York City.