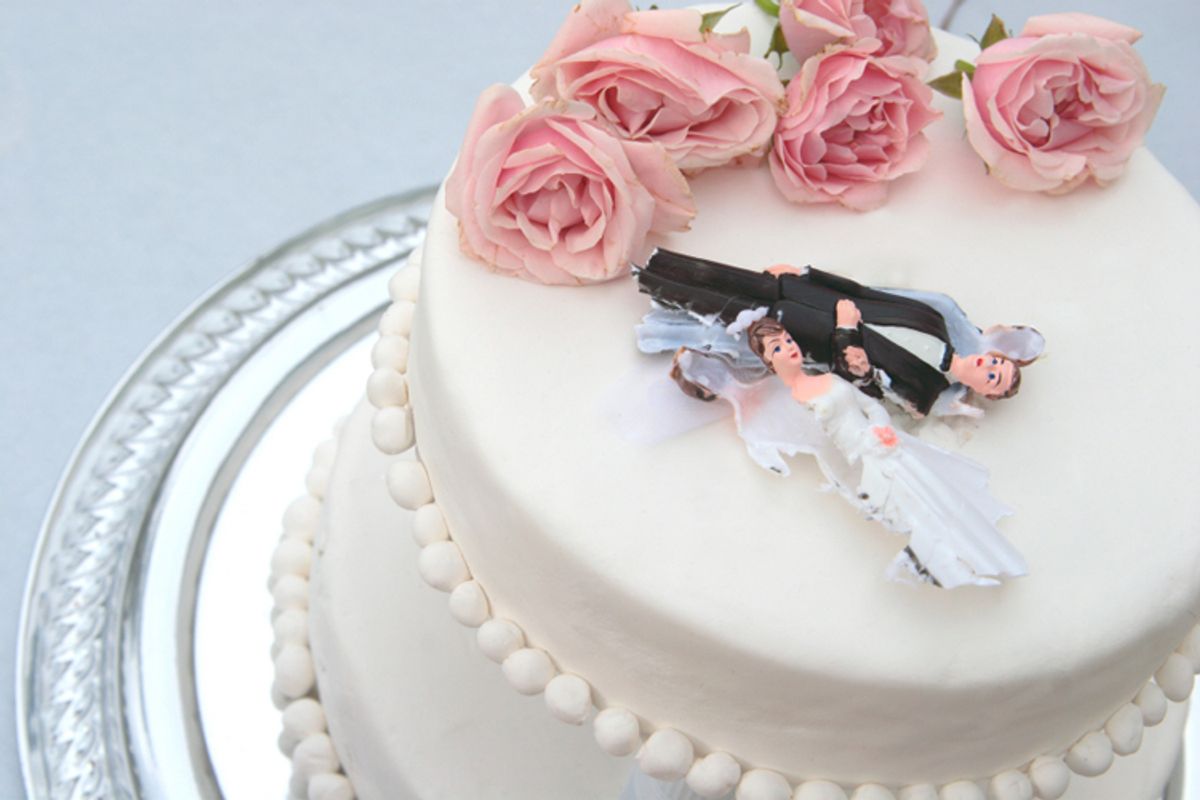 An army of researchers in shining white lab coats just rode in to heroically slay Disney princess fantasies and Focus on the Family rhetoric. A new study out of the U.K. concludes there is no evidence that walking the aisle makes a relationship more stable. Marriage, it turns out, isn't magic (not even if you clap your hands together and say you believe).

The study by the Institute for Fiscal Studies looks at a survey of British children born in 2000 and their mums and pops. Researchers did find that parents who were merely cohabitating when their baby was born were three times more likely to split by their child's fifth birthday -- but "there is little evidence that marriage per se is the cause of greater stability between parents," a press release explains. When controlling for differences between the two groups -- namely that cohabitating parents are "typically younger, less well off, less likely to own their own homes, have fewer educational qualifications and are less likely to plan their pregnancies than married people" -- the difference in the likelihood of a split dropped to 2 percent.

"This suggests that much of the difference in relationship stability between married and cohabiting parents is due to pre-existing differences between the kinds of people who get married before they have children and those who cohabit," say researchers, who conclude that there is "no strong evidence that there is a substantial causal link between parents being married when their child is born and a lower probability of relationship separation." The finding calls into question the effectiveness of investing in the promotion of marriage in Britain (and stateside as well) as a means of ensuring that more kids grow up in stable two-parent homes. Now, researchers face the challenge of determining what, exactly, the causal relationship is between marriage or cohabitation and the likelihood of a breakup. Good luck with that.