"Bachelorette" Jillian Harris and fiance Ed Swiderski call it off 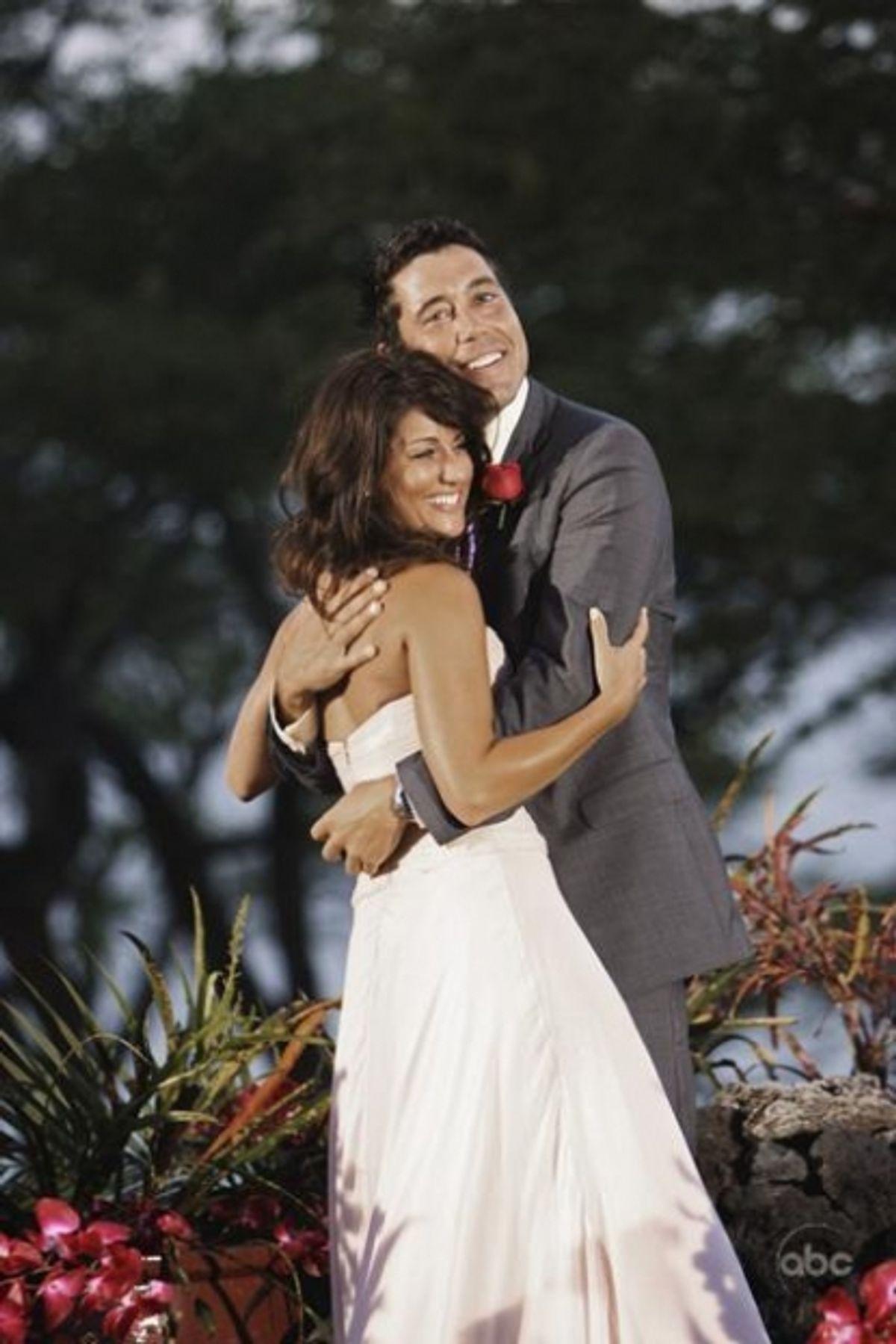 Jillian Harris and Ed Swiderski on "The Bachelorette"
--

In another blow to the ABC franchise, "Bachelorette" Jillian Harris is done with her fiancé Ed Swiderski, less than two weeks after "The Bachelor" Jake Pavelka and his betrothed, Vienna Girardi, blew up their pending nuptials. Us Weekly broke the story today, and included a "Top 16 'Bachelor' breakups" slide show (16, really?). If Jillian is looking for a rebound relationship, all she has to do is call Entertainment Weekly, since they've already got ideas for her (and other abandoned "Bachelor/ette" contestants). Canada is getting in on the Harris-Swiderski action, sticking up for its native daughter in the Toronto Sun. And not to confuse matters any, but People is reporting that the engagement might be off, but the couple is trying to "work through" some things.

If you're still keeping tabs on the Jake Pavelka-Vienna Girardi brouhaha, the fantastical flame-out witnessed in their joint interview on Monday's "Bachelorette" was not their last claim to fame (sigh). Jake's ex-ex-girlfriend told Us Weekly that they never had "intimacy issues" like the ones he allegedly had with Vienna, and reputable news source the Chicago Sun-Times actually had a human lie detector assess Jake and Vienna's truthfulness from Monday's footage. Wow.

As for Jillian and Ed, maybe they can work things out if they take a look at their original rose ceremony: