There's no doubt that "Funstyle" is a bizarre record -- but we should be laughing with her, not at her 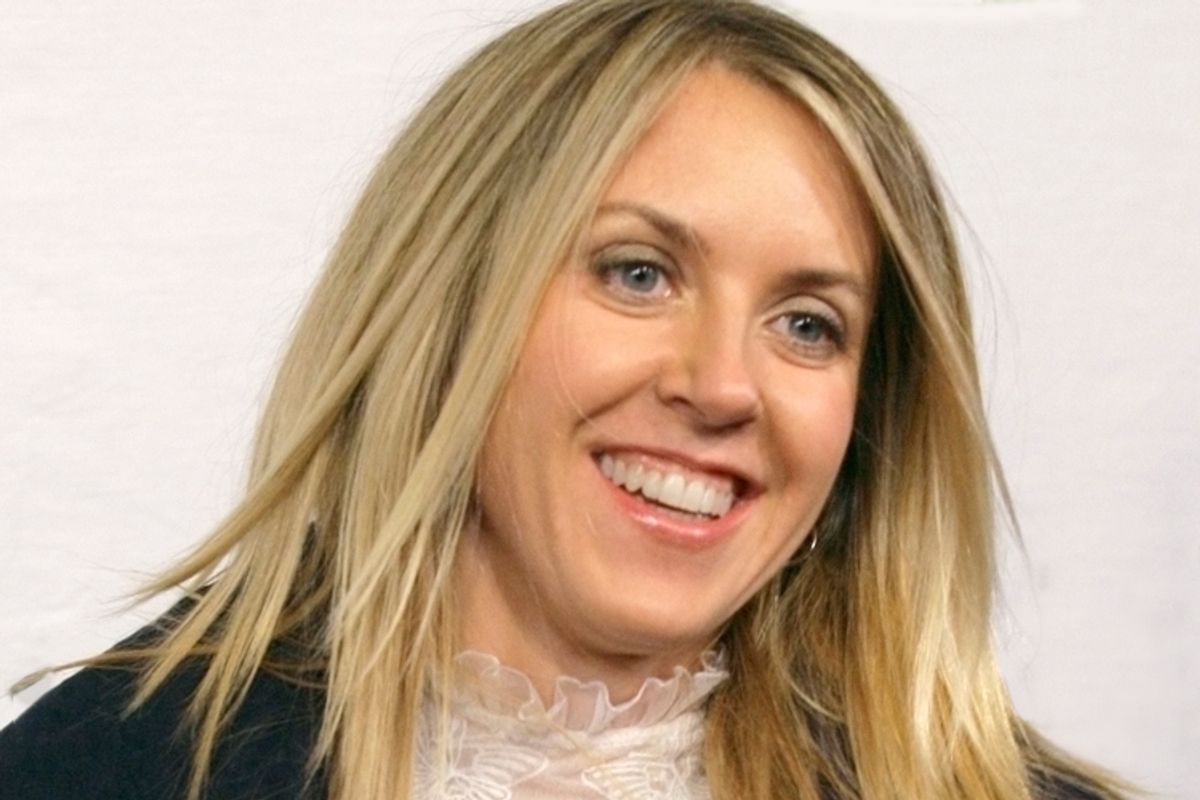 Over the weekend, Liz Phair put out her first album in nearly five years. Like many artists fed up with the record label system, she self-released "Funstyle" on her website, offering the track "Bollywood" (posted below) as a free sample. When I listened to the song for the first time, my reaction was similar to Hortense Smith's at Jezebel: WTF? Against a backbeat of schlocky, broad-strokes Indian pop, Phair (kind of) raps the story of how she got roped into writing music for cable TV. The result is every bit as strange and unnerving as it sounds. I immediately wrote the song off as a desperate attempt to regain relevance in a post-M.I.A. pop-music world and resolved to ignore the career death rattle of a musician I once respected. Better just to listen to "Exile in Guyville" and pretend that 21st-century Liz Phair was all a bad dream.

Smith and I were far from the only writers to have that reaction. At Entertainment Weekly, Leah Greenblatt writes that "girl done straight-up lost her mind" and declares that the "Liz Phair we once knew and loved has officially left the building." In a positively cringe-worthy pun, Yahoo! calls "Bollywood" "phairly terrible" and laments that "Liz has effectively scrapped the last shred of cred she may have had left." Seattle Weekly feels the need to remind us that "Phair is 43 years old. And a mom. What a cool mom," as though it's age and motherhood that make the song so awkward. And the gloves-off critiques just keep coming. Does no one have something nice to say about "Funstyle"?

Thankfully, Ann Powers actually bothered to listen to the entire album and stepped in with a smart defense. Citing Laurie Anderson and Dr. Demento as points of reference, she argues that there's more to "Funstyle" than "Bollywood." The record turns out to be a fairly even split between "joke songs" full of "broad, homemade humor [that] attains a kind of warmth that counteracts the bitterness beneath it" and more heartfelt fare that Powers is sure will "satisfy any fan who puts down her preconceptions and takes the time to find them." The bottom line: "Funstyle" isn't a mistake, it's a reboot. And, at the very least, it's not boring like Phair's last two albums, made with fancy songwriters and producers on major-label budgets.

Convinced to at least give it a try, I listened to "Funstyle" and found myself largely agreeing with Powers. It isn't "Exile," but it is funny and entertaining -- and it boasts many more explicitly feminist moments than anything Phair's done since 1998's whitechocolatespaceegg. "And He Slayed Her," a track that splits the difference between serious and jokey, looks fondly back on "Buffy the Vampire Slayer" in this age of abstinence-only vampire fiction. "U Hate It" sends up self-satisfied record execs, embodied by two dudes who trash "the new Liz track" ("I hated it!") as Phair defends her work in colorful shades of Motown and dance-pop. Of course, they quickly change their tune when her music proves successful. In a sped-up Chipmunk voice, Phair gives a cheesy award acceptance speech, after which the guys dub her an "artist" and proceed to take all the credit: "The demographic that we chose, I think, had a lot to do with it."

It's a funny moment on an album that is packed with cathartic jabs at the entertainment industry: On the opening track, "Smoke," Phair attempts to get into a club and is rudely denied. "Which list do I have to be on?" she asks. "If you have to ask, you're not on it," a deep voice retorts. Later in the song, she helplessly deadpans, "I don't know John Mayer. I met him ..." Although there are somber moments, "Funstyle" is best understood as a novelty album -- the kind of just-for-fun trifle that we see too rarely these days. Perhaps the reason it isn't coming across as such is that novelty music -- like comedy in general -- has always been a male-dominated realm. When, on the occasion of Dr. Demento's death, Salon's Sam Adams counted down the 10 greatest novelty tracks of all time, nary a woman (or lady-fronted band) made the canon.

Rather than seeing "Funstyle" as a quirky experiment or a new beginning or simply a knee-slapper of an Independence Day weekend joke, critics will likely continue to peg it as a 43-year-old mom's clueless stab at keeping up with Ke$ha and Christina. And it's true: If you take "Bollywood" out of context, you'll hear it as a cheap, perhaps pathetic M.I.A. knockoff. If, however, you give the entire album a spin and realize it's more like a gentle, Weird Al-style M.I.A. parody, you may just end up laughing with Phair instead of at her.