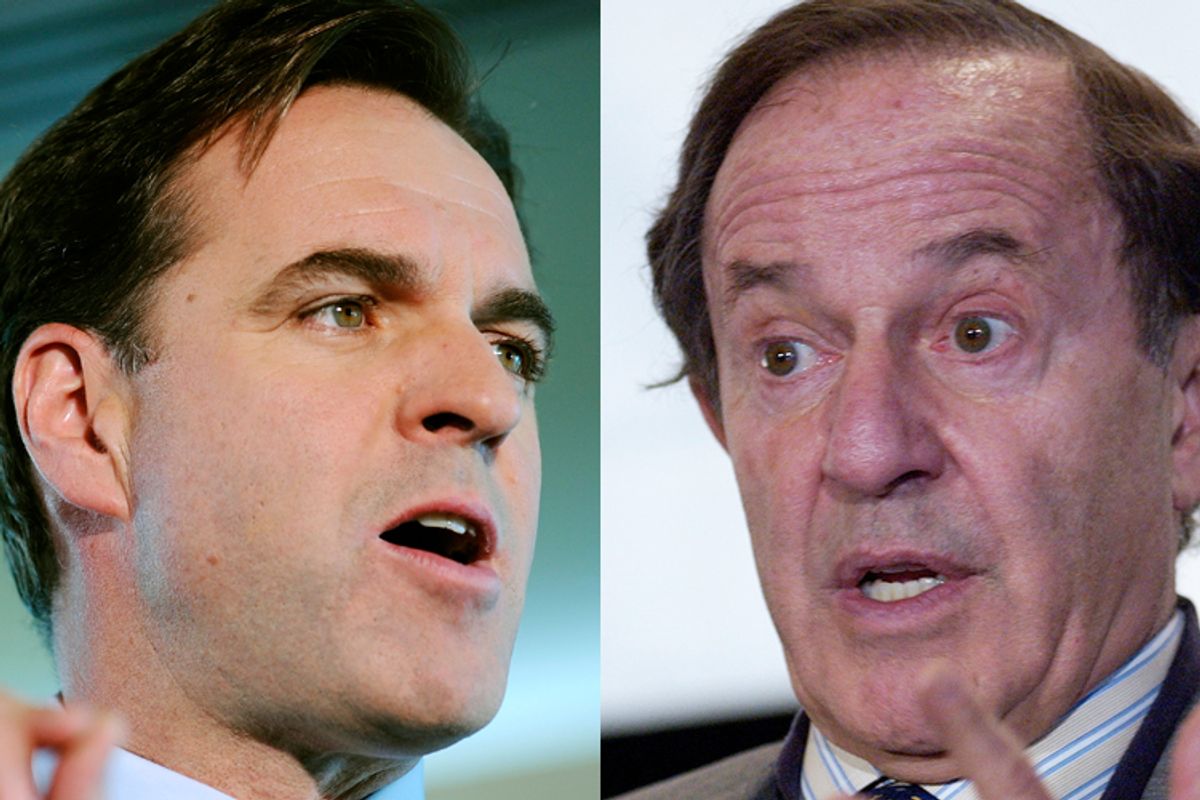 Is there anything -- anything! -- worse than a bunch of rich idiots telling a bunch of other rich idiots how hard rich idiots like them have it these days, and how everything would be better if only we just put these rich idiots in charge? This heat, maybe. But just maybe.

At the Atlantic Magazine's "Aspen Ideas Festival," the idle rich go to a ski resort town and pay the Atlantic Media Co. a great deal of money to listen to rich people with intellectual credentials of some kind talk at each other for a while. It may surprise you to learn that these wealthy elites think the biggest problem facing America today is that the wealthy elite have to pay taxes, while the poor and unemployed sit around collecting "Social Security" and "food stamps" and "unemployment benefits."

Real estate tycoon Mort Zuckerman -- an intellectual nonentity who buys newspapers and magazines for the express purpose of pretending at being a Serious Public Thinker -- and historian Niall Ferguson -- a neo-imperialist who excuses or whitewashes atrocities done by empires in the name of market liberalization and who parlayed his scholarly expertise into a gig as an idiotic right-wing (occasionally blatantly racist) columnist -- apparently successfully convinced Barbra Streisand and James Brolin that our current economic woes have been caused by Obama's hatred of business and that the only solution is to "remove the incentives for idleness."

Selling pseudo-intellectual snake oil to rich dingbats is obviously nice work if you can get it, but the problem is that a great deal of the established media is made up of people who believe very strongly that our wealthy betters really are morally superior to those goddamn "politicians" (and, obviously, the unwashed masses who vote for them) and that's why people keep writing articles about how Michael Bloomberg should run for president, and why Zuckerman himself thought he should be a senator.