Emmy nominations: Who got snubbed? 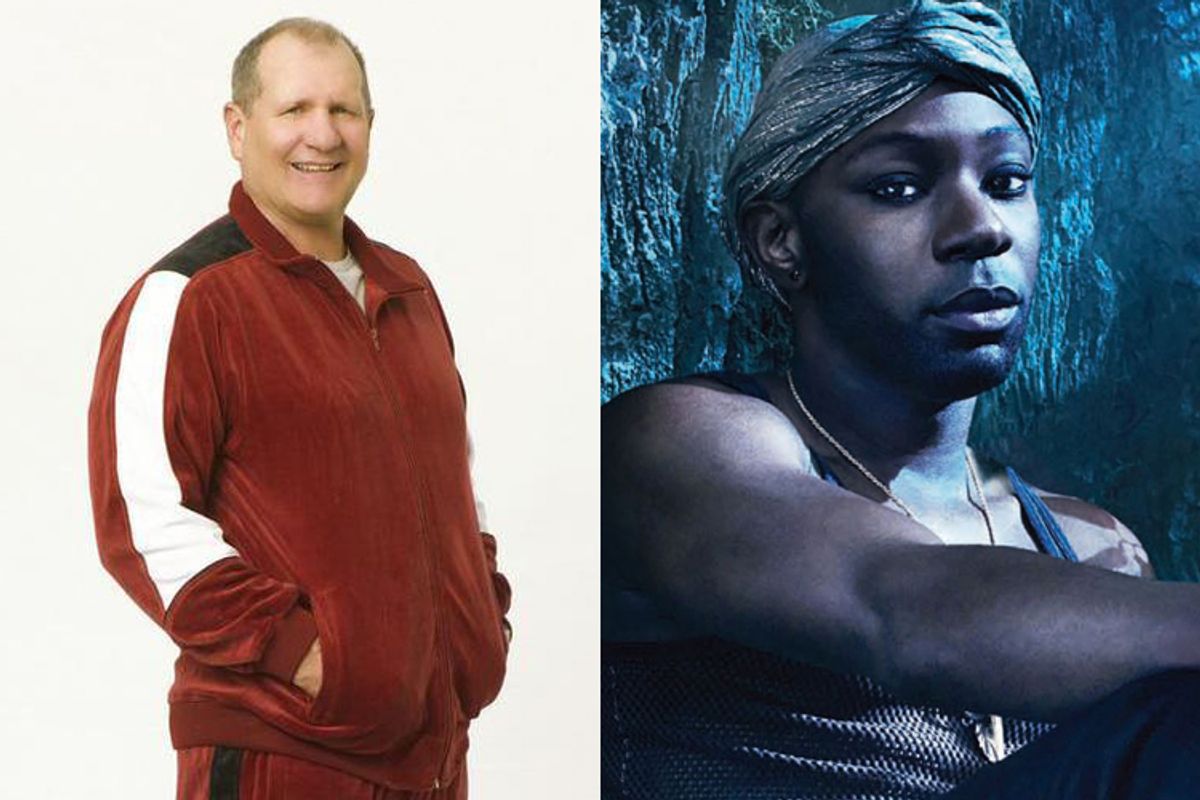 Joel McHale and Sofia Vergara aren't a bad way to wake up at 5:30, what with the boobs and the height and the funny, but it'd be nice if a distinctly West Coast medium like television could have the decency to operate on a more humane West Coast time. Please.

That said, I was pleasantly surprised a few times with the 2010 Emmy nominations, and was, per usual, irritated just as often. Tony Shalhoub, again, for real? (eye roll) "Two and a Half Men" taking up valuable space in any category? (bigger eye roll) And why Aaron Paul of "Breaking Bad" didn't submit his reel in the lead actor category is confounding and shameful -- Bryan Cranston is, arguably, the star of that show but this was Paul's year. His performance as the now-sober meth cooker Jesse Pinkman was, in a word, eviscerating.

But plenty of awesome rose from the ashes of the "eh" this morning. I was fairly certain I heard Triumph the Insult Comic Dog poop on Jay Leno's "Tonight Show" when Conan O'Brien's version got the nod for outstanding variety, music, or comedy series. The entire main cast of "Modern Family" submitted their names in the supporting categories, and it paid off for almost everyone. The supporting actor in a comedy field is 66 percent gay, or acting gay, with nominations for Jesse Tyler Ferguson and Eric Stonestreet ("Modern Family") Neil Patrick Harris, and Chris Colfer from "Glee," which was one of the most surprising and delightful developments of the morning. Add to that NPH's guest star nomination for playing has-been Bryan Ryan on the Fox musical, Jane Lynch's double nominations (Sue Sylvester, of course, and a guest spot on "Two and a Half Men,") and the nom for Ian McKellen's turn as Number 2 in the otherwise-dreadful AMC "Prisoner" remake, and you get a better-than-usual representation of the LGBT community this year. We were also spared, thankfully, the torture of Charlie Sheen being nominated. As for the rest...

Watch NBC on Aug. 29 to see how this all turns out, but please consider the "Breaking Bad" video I've included here before you believe a single prediction that doesn't include Aaron Paul pillaging the awards. It's the last scene of the captivating third season, and you must watch the whole thing (the setup -- Bryan Cranston's character is in steaming heap of trouble with his meth distributor, who is about to replace him permanently with another chemist):