After the death of her husband, the author moved from fiction to essay-writing. A new book collects her work 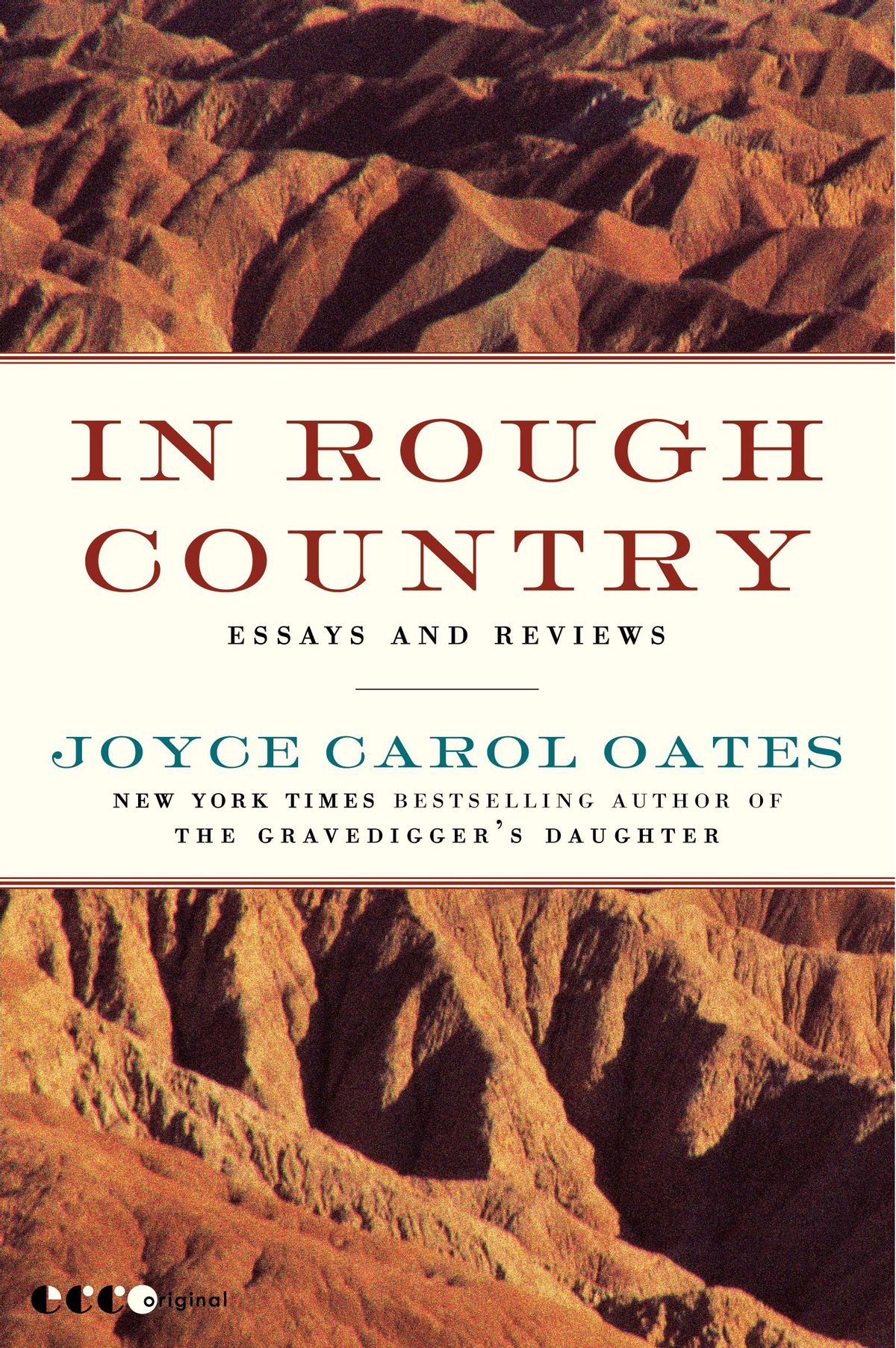 With the unexpected death of her husband, Raymond Smith, in February 2008, Joyce Carol Oates lost not only her companion of 48 years, but also, for a time, an entire register of her authorial voice. She couldn't write novels. The author whose prodigious output of fiction is the stuff of literary legend had barely the energy to compose a short story. She took solace in writing about literature, filling the sleepless hours with reading and taking notes.

Thus the double meaning of her collection of previously published literary essays and reviews, "In Rough Country." "It refers to both the treacherous geographic/psychological terrains of the writers who are my subjects. And also the emotional terrain of my life," she writes in the preface. It's an especially evocative parallel when you consider a pair of essays in the collection also titled "In Rough Country" (set apart from each other with Roman numerals). In the first, she examines the ecstatic violence of Cormac McCarthy's work, in the second the brutal naturalism of Annie Proulx's fiction. Rough country, indeed.

Oates writes movingly in the preface about her dual identity in those months immediately after Smith's death -- by day, a pitied widow, by night an avid reader. It's a fascinating chapter, poignant, intimate and frustratingly brief. She concludes it, "Ideas, literature, art remain after much else falters and falls away." In other words: enough about me, let's talk about books.

From there, the collection divides into "Classics," in which she writes about authors including Edgar Allen Poe, Roald Dahl and Emily Dickinson; and "Contemporaries," in which she focuses on her peers. A final, much shorter, section titled "Nostalgias" includes reflections on her own life as a writer, none of which are as revealing as those opening pages. The essays, many of which appeared originally in the New York Review of Books, are an eclectic mix, divergent in both scope and quality.

Oates is at her best when writing about McCarthy and Proulx. She dives into McCarthy's all-male world of psychopaths and savages and comes up gasping in astonishment at his lyricism and emotional range. About the horrifically bleak landscape of his post-apocalyptic novel "The Road" she writes, "This monochromatic vision would be unbearable except for McCarthy's beautifully rendered 'poetic' prose. Here is an incantatory voice that makes of devastation -- doom itself -- something rich and strange."

Equally passionate about Proulx, Oates lauds her understated precision and flashes of irony. While Proulx's characters have more to fear from harsh weather, unruly beasts and freak accidents than from the type of outlaws and sadists who populate McCarthy's fiction, Oates draws comparisons between the two Western writers, illuminating the brilliance with which they both turn cruelty (of men or of fate) into a kind of beauty.

Considerable space goes to reprinting a letter Olds sent in 2005 to then-first lady Laura Bush declining an invitation to the National Book Festival because of the poet's objection to the Iraq war. Wisely, Oates says little about the missive, letting it stand on its own. It starts out conventionally enough, but by the final lines reads like a prose poem:

"... anguish and shame for the current regime of blood, wounds and fire. I thought of the clean linens at your table, the shining knives and the flames of the candles, and I could not stomach it."

But taken as a whole, this collection is a rich gathering of insights from a mind consecrated to books  -- both as a writer, and as a reader. Oates admits that her natural inclination is "to wish not to publicly criticize any work of art" out of respect for the difficulty of the creative process. When she must say something negative, she clearly doesn't enjoy it. In an overall uncomplimentary review of Susanna Moore's "In the Cut," she finds praiseworthy details, such as a "flair for witty, understated irony," and invests a great deal of ink reminding us of Moore's better work.

Oates has no taste for attacking other writers. The terrain is already rough enough.