Does Joe Manchin think he can be president someday? 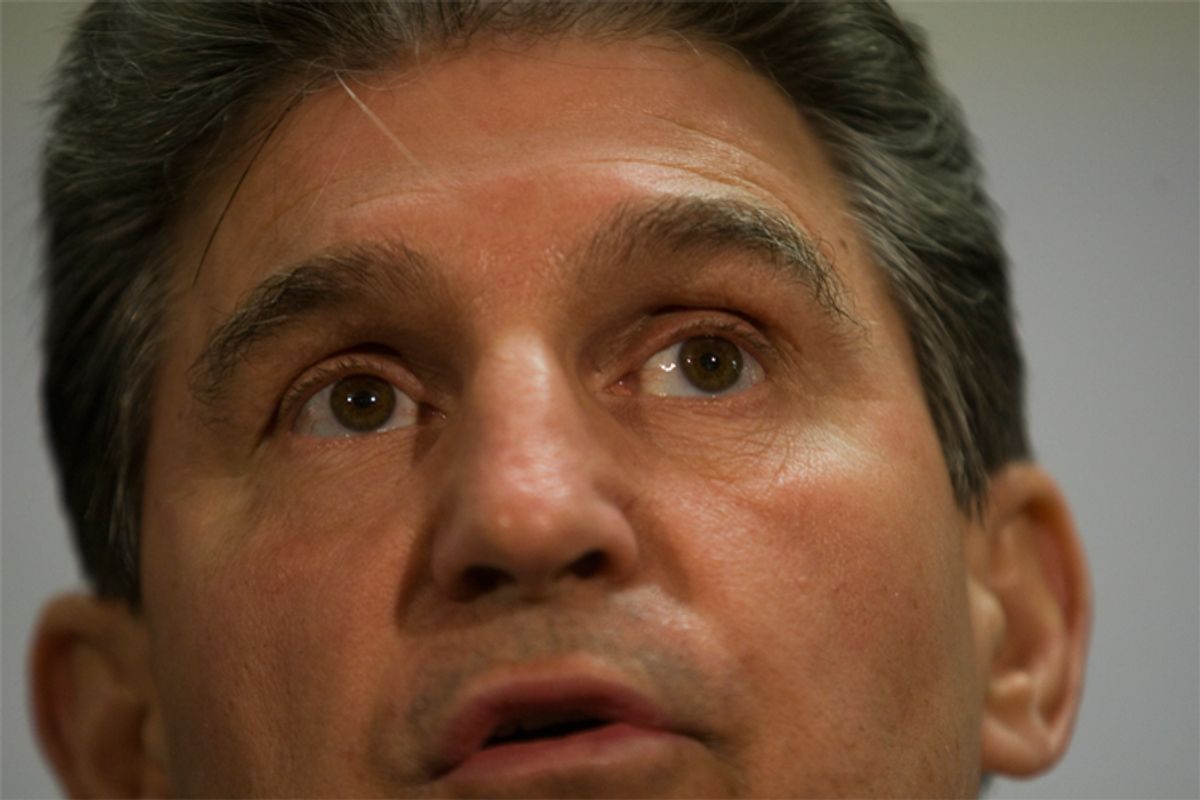 OK, it's a silly question -- mostly. Almost no one has heard of the West Virginia governor and if he were to run for the White House, it presumably wouldn't be until six years from now. Still, it's worth having a little fun with in light of Manchin's surprising push to put a special election for the late Robert Byrd's Senate seat on this November's ballot.

Originally, West Virginia's secretary of state, citing precedent, decreed that the election wouldn't be held until 2012, when Byrd's six-year term was set to expire. Between now and then, an interim senator appointed by Manchin would serve. Manchin, it was widely assumed, liked this plan, since it would allow him to appoint a caretaker, finish out his gubernatorial term (which expires in '12), and then run for the Senate in what will probably be a less toxic atmosphere for Democrats.

Instead, Manchin sought the approval of the state's attorney general to hold a special election this year -- a plan that the A.G. formally agreed to this afternoon. If this decision holds, Manchin, who has adamantly maintained that he won't appoint himself to the seat, will tab a placeholder and then jump into the fall race himself.

Certainly, there is some non-presidential logic to this. When Byrd fell ill for the final time, I speculated that a 2010 special election would actually be preferable for Manchin because it would allow him to cash in on his popularity while it's still at peak levels. In 2008, he was reelected with 70 percent of the vote, and there's no reason to believe his standing has eroded much since then. He's also established his own political brand -- pro-life, pro-gun, pro-coal -- which should fortify him against GOP efforts to tie him to his national party. This might all still be the case in '12, but that's two years off. Who knows what will change between now and then?

Plus, if he runs now, Manchin will force the GOP's lone star in the state, Rep. Shelley Moore Capito, to make a very tough call: If she runs now, she'd be risking her safe House seat -- and a humbling defeat could weaken her in any future run for the governorship, an office her father once held and that she is thought to covet. But if she passes, Manchin should have no trouble winning in November, which would make him the incumbent when the seat comes up for a full six years in 2012. Capito's odds of unseating him then would be much smaller. So, essentially, Manchin is calling her bluff.

But I do wonder if, in the back of his mind, there's something else feeding his urgency. For several years, those familiar with West Virginia politics have told me about Manchin's national aspirations. Some have suggested that he feels somewhat frustrated that, at age 62, he hasn't risen higher yet. (His election as governor in 2004 came eight years after a failed bid for the office.) The ambition is plainly still there, though: Manchin recently formed a federal PAC to pay for national political travel.

If he does have any thoughts of ever running for president, surely Manchin knows that 2016 stands as his first, best and final opportunity. He'll be too old in 2020. (I know, I know: McCain, Reagan and Dole were all in their 70s. But they were established stars in their parties.) And challenging Obama in 2012 would be a kamikaze mission. So if it's going to be anything for Manchin, it would have to be 2016. And if that's the case, then the clock is ticking. Why not hustle up and get to the Senate -- and the national stage -- now? It would give him more time to build a name and a network of potential supporters and donors. Easier to start all of that in 2011 than in 2013.

No, I can't imagine someone as conservative as Manchin ever claiming the Democratic presidential nomination. But that doesn't mean he'll never try.