The terrible politics of deficit reduction 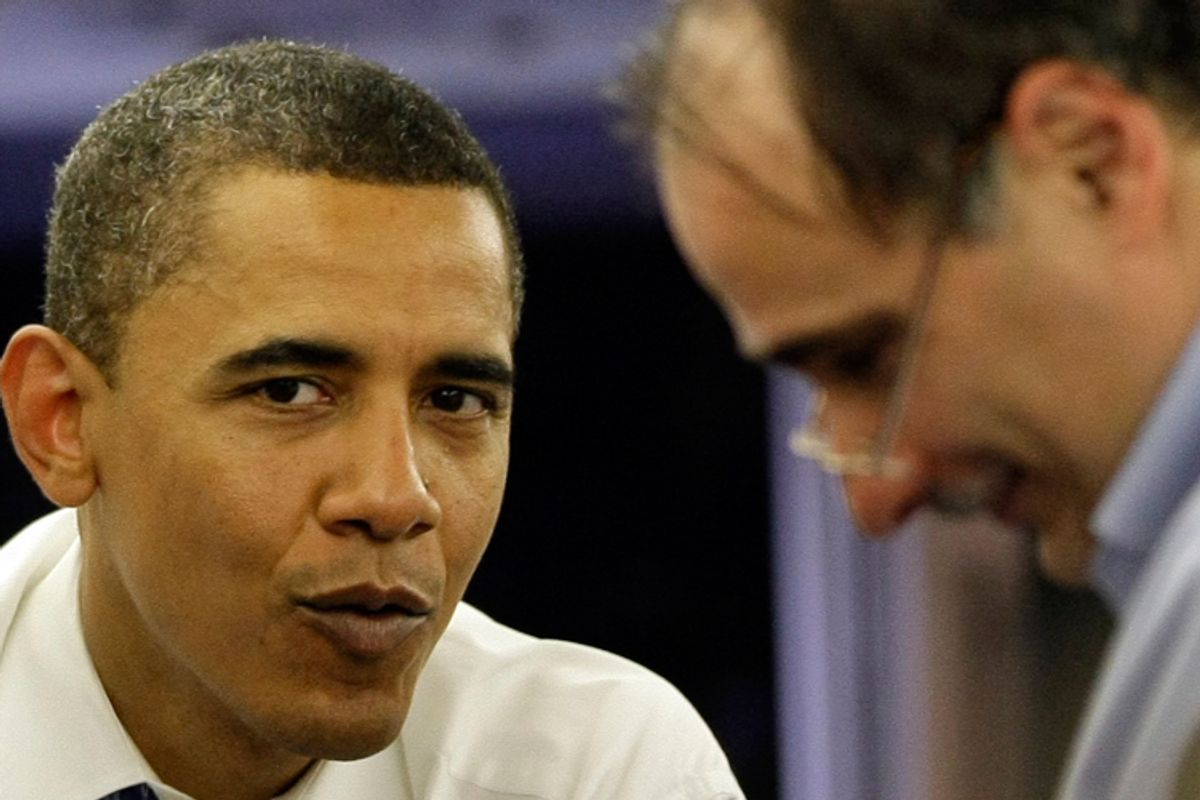 Chris Matthews threw me a curveball on "Hardball" today, asking whether I thought it was possible President Obama is tackling big issues because he's made peace with the possibility he'll be a one-term president, and isn't playing politics for the sake of reelection. You can watch the video below.

I wasn't sure where to begin with that, it seemed not true on so many levels. I believe Obama is fully focused on reelection -- and I think that's fine. I concede he's tackling a lot of big issues, but that's his job; he inherited two wars and a busted economy, he didn't have the option to play small ball. I appreciate that he chose to tackle healthcare reform, apparently over the objections of Rahm Emanuel and his political team, according to Jonathan Alter's "The Promise." (I can't help wondering, though, if Emanuel and David Axelrod wanted that story out there exactly because they're his political team. See what a different kind of pol he is! He doesn't think about politics!)

But I do begrudge one thing the administration is doing with reelection in mind: playing along with the deficit hawks who insist the government can't afford any more spending to shore up the economy. It's outrageous that a Democratic Congress can't pass an extension of unemployment benefits. It's offensive. Obama hasn't fought nearly hard enough for it, and he and his political team actively fight against it whenever they give any credence, even lip service, to the conservative notion that reducing the deficit should come before any more spending on fixing the economy. That's going to turn out to be both bad policy and bad politics, and I'm hoping Obama rethinks this whole issue, and soon.

I was floored by David Axelrod's remarks to the New York Times' Jackie Calmes early this week, that he's now joined the side of the deficit hawks. What turned him around, you might wonder? Did Axelrod see new economic data that changed his mind? Was he persuaded by Pete Peterson and the folks preaching austerity (which always seems to require sacrifice for everyone but the rich)? Nope. He told Calmes that his change of heart came from watching the public debate over the deficit. "It's my job to report what the public mood is," he told the Times. "I've made the point that as a matter of policy and a matter of politics that we need to focus on this, and the president certainly agrees with that."

That's wrong on two levels. One is, as Michael Lind showed earlier this week, most polls find the public is much more concerned about jobs and the economy than the deficit. It's not even close. The deficit tends to rank fourth or fifth in people's lists of worries, in the single digits, often around 5 percent. Even a May Fox News poll found voters much more concerned about jobs than the deficit: 47 percent said jobs were their top concern, and only 15 percent said it was the deficit (h/t Ryan Grim). So Axelrod's wrong about the politics here.

He's even more wrong about the policy. Most liberal economists, as well as the president's own economic team, say that prioritizing deficit reduction would damage the fledgling recovery. And Axelrod doesn't want to go too far, he admits, "because even as a political matter it would be very shortsighted to take steps that would send us backward." Oh, that's reassuring.

On both policy and politics, the administration's unwillingness to commit to a full court press to revive the economy -- extending unemployment benefits both to keep people alive and to inject more money into the parched consumer economy, increasing aid to states and cities so they can avoid laying off cops, firefighters and teachers, maybe even a second stimulus and a public works jobs program -- is a huge disappointment, hurting the unemployed and the overall economy, as well as Democrats. I'm not sure it's possible to be both craven and politically stupid at the same time, but the Obama White House may yet show us how.

There's also the matter of Democrats complaining because the president keeps bashing "Washington" in his post-partisan way, instead of Republicans."Washington" bashing hurts Democrats, Nancy Pelosi has argued, because Democrats now control Washington (although Republican obstinacy keeps them from getting anything done). But Obama folks told the New York Times' Matt Bai, mainly without names attached, that they don't see the president as the "Democrat in Chief," they see his "brand" as being about "transcendence" and post-ideological thinking, and Pelosi and partisan Dems can just suck it. (Nah, they didn't say suck it, even off the record.) I'm on record with my skepticism about the strategy of polishing the Obama "brand"; I won't belabor it here.

But I see no evidence the president is putting principle before politics in his agenda, and on the economy, I see the opposite. There's still time to turn it around, but if unemployment doesn't start to drop, it's going to be a very bad November for Democrats.