He says his abusive ex-aide was in charge of reproductive issues, which apparently has nothing to do with women 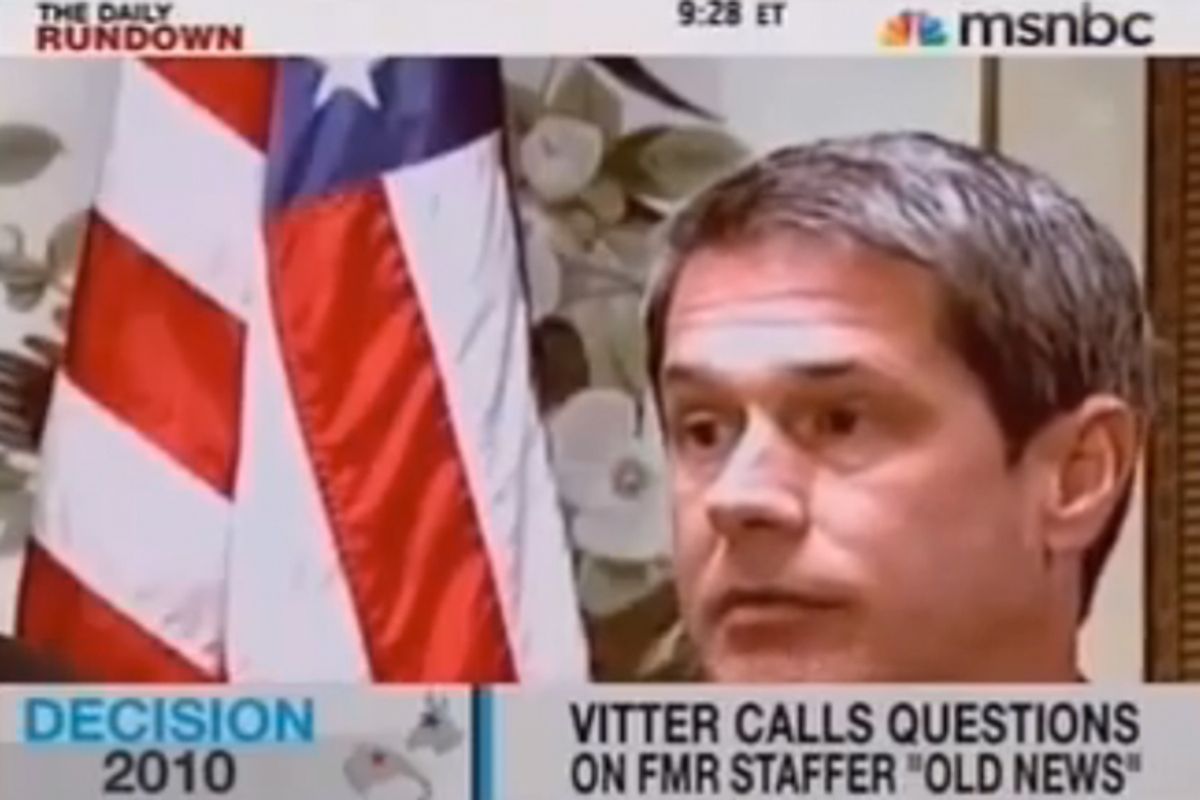 Yesterday, David Vitter insisted that former aide Brent Furer was not assigned to "women's issues" after being arrested for domestic violence. Sure, there are the numerous congressional directories that list Furer as his "legislative assistant on women's issues," as Talking Points Memo reports -- but it's all one big misunderstanding. You see, as Vitter told reporters today in the video below, Furer was actually assigned to "abortion" issues, not "women's issues."

Oh, I get it. Perhaps the anti-choice candidate, who has a 100 percent rating from the National Right to Life Committee, doesn't see abortion as a "women's issue" so much as a "pre-born fetuses' issue" or some other such nonsense. That doesn't explain why Furer was publicly listed the way he was, or why he was charged with working with anti-domestic violence organizations. Regardless, it is plenty revealing, and utterly fitting, that Vitter not only doesn't see abortion as being particularly relevant to women, but that he saw fit to assign that particular political territory to a man who pled guilty to violently assaulting his girlfriend.