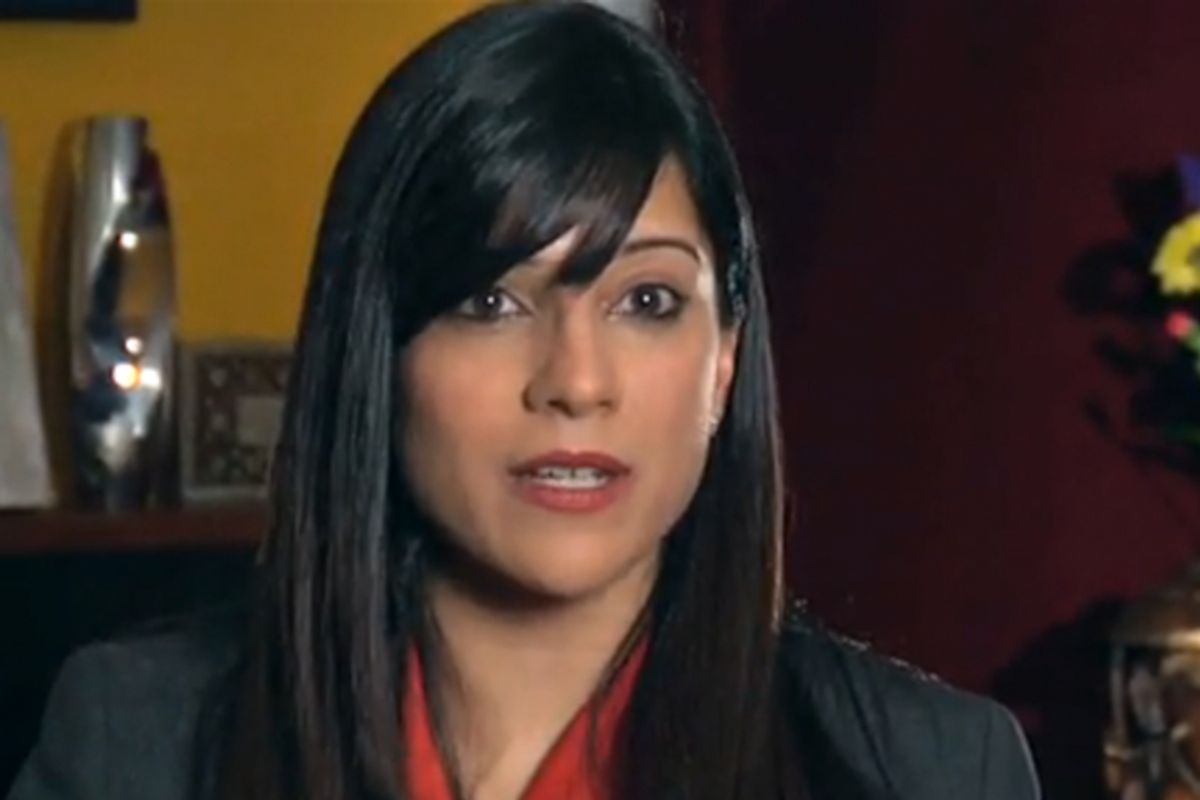 Have you caught Reshma Saujani fever? Saujani is an Ivy League-educated lawyer running for Congress. Isn't that the most boring thing imaginable? Here's the twist: She's a former banker, running on a pro-Wall Street platform, as a Democrat!

They are not aligned on all things, of course, but they do agree that New York's current congressional delegation is far too mean to bankers. So Sulzberger, White, Rattner and Bloomberg first attempted to run failed Tennessee politician Harold Ford against Kirsten Gillibrand. Then Bloomberg and Murdoch attempted to run Zuckerman against Gillibrand. (They all hate Chuck Schumer, but he's untouchable.) Both of those campaigns ended before they began.

Now, apparently, they have set their sights lower, and they are challenging longtime Manhattan and Queens congresswoman Carolyn Maloney. Maloney is no one's idea of a political superstar, but she's a reliable New York liberal Democrat. She also chairs the Joint Economic Committee, and she authored the credit card reform bill, one of the better pieces of progressive legislation that survived the congressional process last year. That, friends, was too much for our league of ostensibly Democratic plutocrats.

Saujani "worked at three hedge funds," which is, apparently, proof that she's very smart and would make a very good congresswoman.

The campaign is getting personal. Saujani's supporters openly question Maloney's fitness to serve and her intellectual heft. In an interview, White, the major Democratic donor, called Maloney "a good person." But she said, "There's a lot more to being a good representative: leadership, intelligence, hard work, a creative approach to policy, thinking things through.

"When you look at this district, it should have a star," White added. "We need the best of the best, and I think Reshma is in that category in a way Carolyn isn't."

Just how smart is Saujani? Here's more of her résumé:

In 2005, she helped start an investment fund for a company partly owned by Hassan Nemazee, a Democratic fund-raiser who was charged with bank fraud last year. Ms. Saujani said she left before the alleged crimes. She went to another fund started by the Carlyle Group, before it was hammered by credit-default swaps. Then she shifted to Fortress Investment Partners, which cratered in the market meltdown.

So she worked for a criminal, and two funds that bet wrong and lost huge. Perfect.

Here's another example of her wealthy supporters simply not understanding how Congress actually works:

"This is the most educated district in America and one of the top contributors to candidates outside the district,” he said. "And we’re sending someone like we’re a second-rate town, who checks the box on issues and runs excellent constituent services, but who I don’t think anybody would say is adding anything to the debate."

Junior representatives do not get to add anything to the debate! Because of perverse seniority rules, only someone old like Maloney has any power to do anything in Congress!

But this almost certainly failed bid to unseat an incumbent is just a symptom of the larger problem with the post-Clinton Democratic Party. In their successful campaign to finally match, and then surpass, the fundraising prowess of the Reagan-era Republicans, the Democrats ended up wedding themselves to a financial industry that their political future (and America's future economic health) requires them to upend.

Standing up to banks has been one of the primary planks of the Democratic platform since Andrew Jackson invented the modern Democratic Party. These guys aren't actually Democrats -- they're Rockefeller Republicans, though even Rockefeller would probably be aghast at the idea that a series of regulatory reforms that don't fundamentally alter the way the financial industry does business would be considered an adequate response to the largest global financial crisis in a generation.