But is the former president legally eligible to marry people in New York? 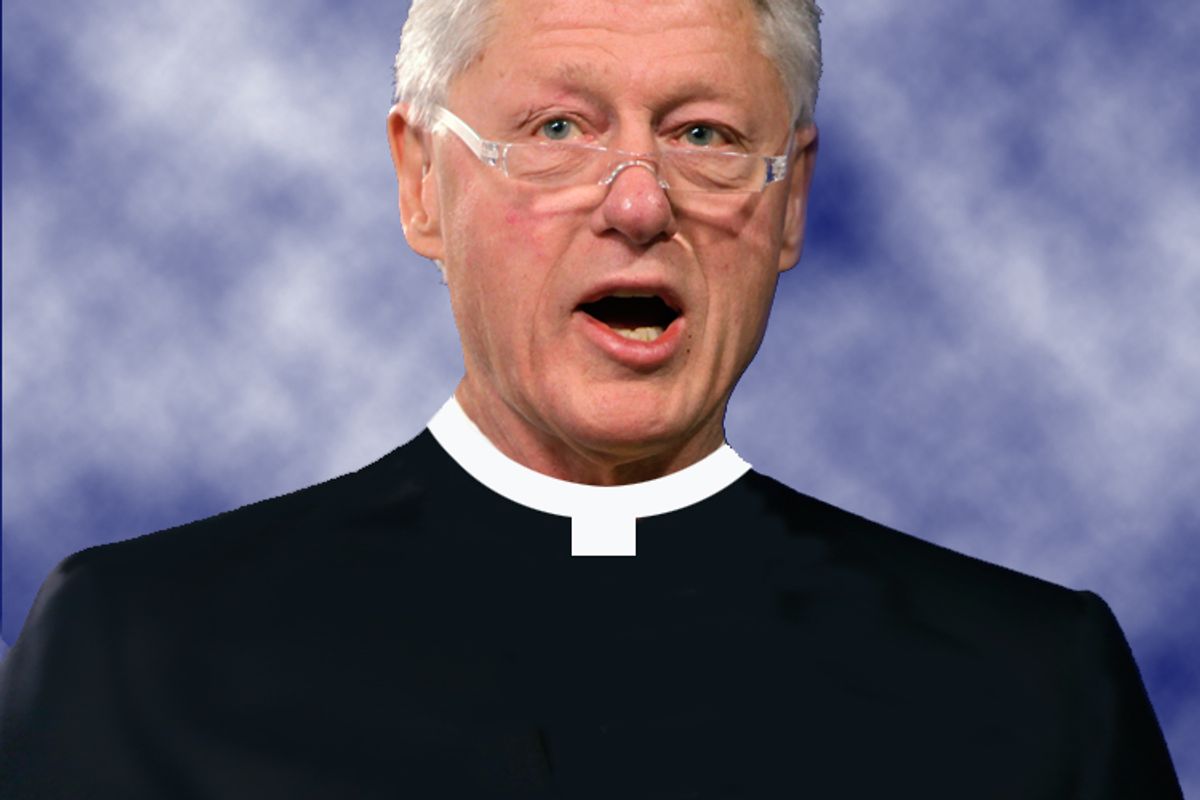 Rep. Anthony Weiner (see here with two goats) will marry longtime Hillary Clinton aide Huma Abedin this weekend at the Oheka Castle on Long Island. (Which is owned by developer Gary Melius, who has donated thousands of dollars to Republicans and a few New York Democrats, including Hillary.) Officiating the wedding: Bill Clinton!

But there is a catch. NY1's Grace Rauh called around, and no one is really sure if Bill Clinton can actually officiate a wedding:

NY City Clerk Michael McSweeney tells me that being a former President does not make one eligible to perform a wedding ceremony in New York State.

Did Bill Clinton go to the Universal Life Church website and become an ordained minister, for free, in minutes? Because that would be amazing.

Also, Anthony Weiner is having a Southern Baptist officiate his wedding to a Muslim woman. His poor parents!