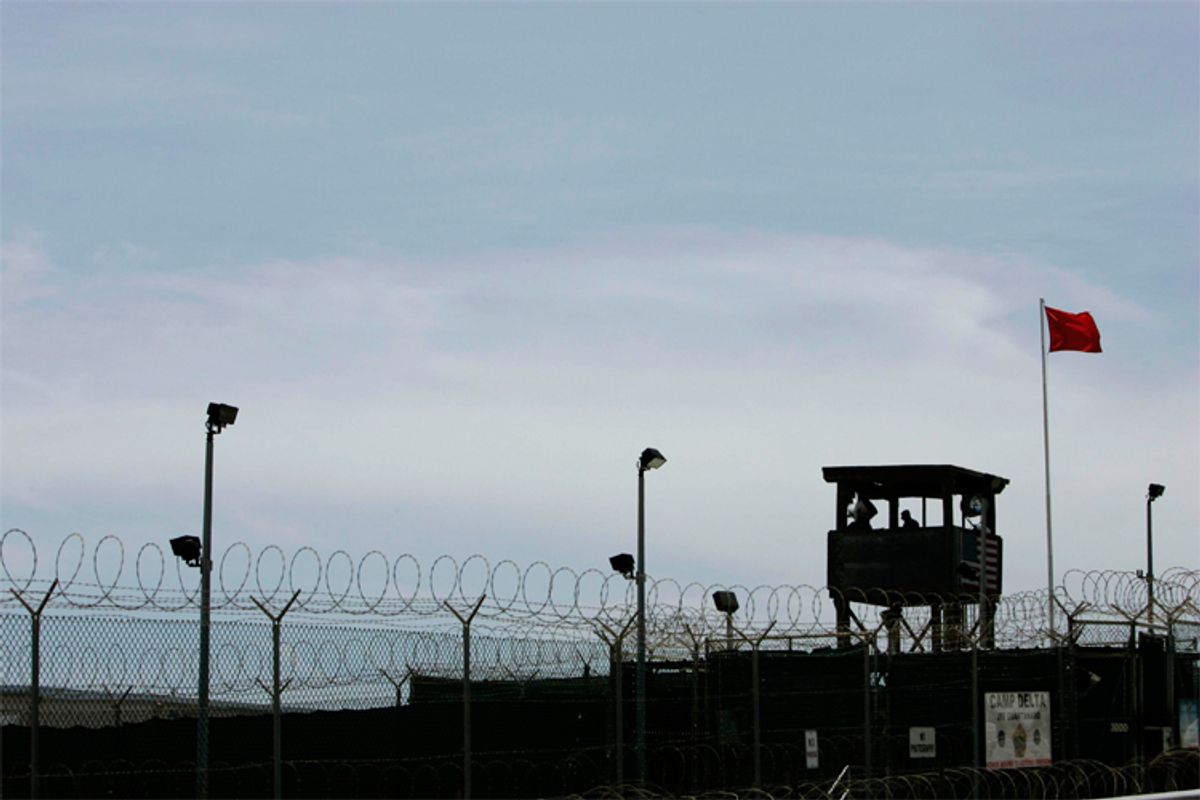 In May, the Defense Department kicked four reporters out of Guantanamo Bay, where they were reporting on the military commission of Omar Khadr. The journalists were all well-respected newspapers reporters with a great deal of experience covering the prison and commissions at Guantánamo. Their crime:

Our colleagues’ offense: to report the name of a former Khadr interrogator, Specialist Joshua Claus, who testified anonymously, even though that witness had already publicly identified himself in an on-the-record interview — and even though the judge on the case never ruled that any reporter violated the protective order he imposed on the witness. Along with [Carol] Rosenberg, the Toronto Star’s Michelle Shephard, the Globe & Mail’s Paul Koring and Canwest’s Steven Edwards were also banned.

Now, two months later, the Pentagon is allowing banned Miami Herald reporter Carol Rosenberg back to Guantánamo to cover a hearing on Monday.

Now it could be argued -- and the Miami Herald's parent company McClatchy has argued -- that banning reporters from reporting what is already public knowledge is unconstitutional. But after months of negotiation, the Pentagon seems to have decided that just letting Rosenberg go back to Guantánamo is enough. They haven't changed their media ground rules, nor have they told Michelle Shephard or Paul Koring if they're allowed back.