Hedge Fund Democrat still insisting she is not "pro-Wall Street" 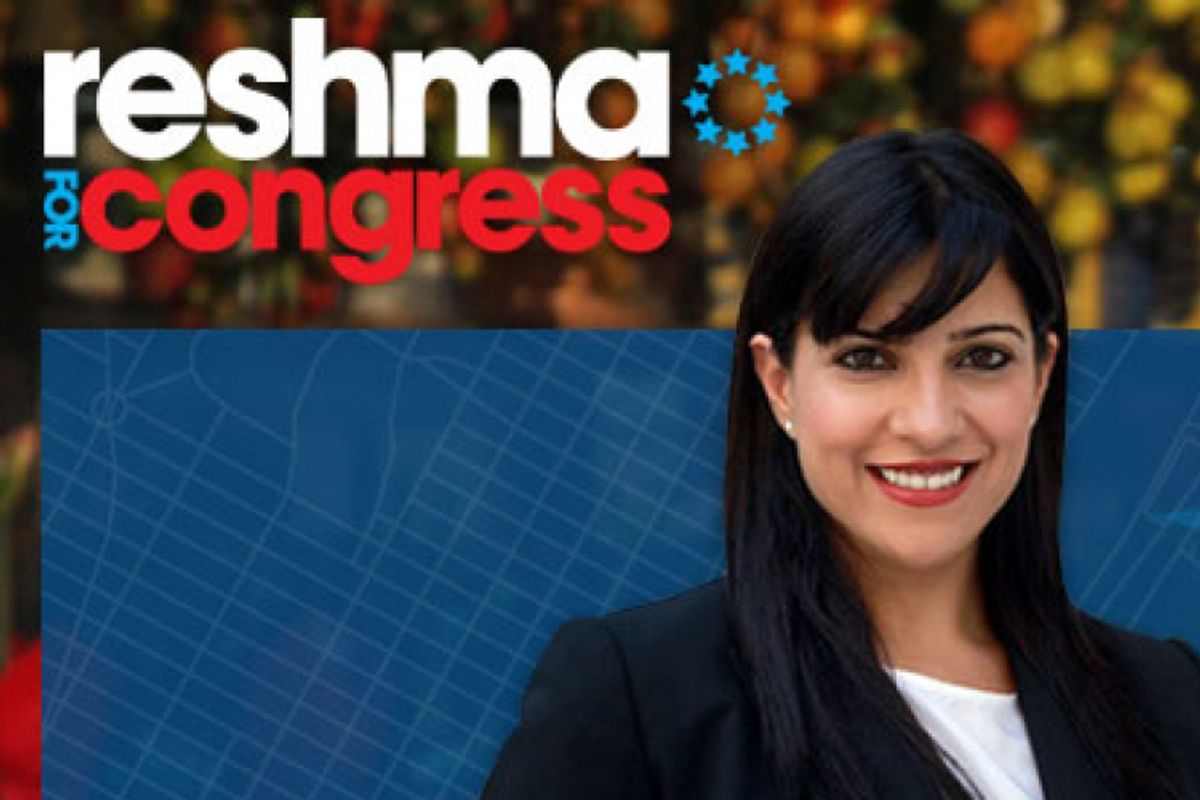 Reshma Saujani, the former hedge fund lawyer mounting a primary challenge against Rep. Carolyn Maloney, takes to the Huffington Post to sell her patented holistic cure for allergies defend herself against allegations -- based on her words and actions as reported by multiple sources -- that she is "pro-Wall Street."

Saujani says she would've supported the financial regulation reform package, and she would've fought for the Franken and Durbin amendments, and she even says all the correct things about how New York's economy needs to diversify and the financial industry needs to stop gambling with complex instruments and instead invest in companies and entrepreneuers. All of that is good. Sure. Good for you, Reshma Saujani. We support those things, too.

But Saujani has yet to come up with a compelling reason to support her instead of Carolyn Maloney. Except that apparently Maloney is in bed with Wall Street.

"She doesn't tell you," Saujani writes of Maloney, "that she continues to actively solicit Wall Street contributions"

Please, forgive me as I lapse, briefly, into all-caps:

RESHMA: YOU ARE ACTIVELY RECEIVING WALL STREET CONTRIBUTIONS. THIS LINE OF ATTACK DOES NOT WORK.

The fundraiser with [John] Legend -- they met working on education reform issues -- was at the Upper East Side digs of hedge fund billionaire Marc Lasry and his wife, Cathy, Saujani's finance co-chair. It was a fitting venue for the candidate who defends Wall Street as New York's vital economic engine. Saujani contends the financial services sector ought not be hobbled by over-regulation or excessive taxation, especially by the feds, even in the era of voter anger over Wall Street abuses and bloated bonuses.
[...]
In the first three months of 2010, the financial services sector contributed a third of Saujani's $400,000 total, according to the Wall Street Journal. Donors included officials from Goldman Sachs, JP Morgan and former Obama car czar Steven Rattner, who is battling allegations he was involved in a state pension fund scandal.

You cannot personally embody your stated reason for finding the incumbent ethically compromised enough to warrant a primary challenge. It's like Don Blankenship accusing Jay Rockefeller of being in bed with the coal industry.

Saujani also links to an op-ed she wrote in February which she lays out her case for why "Congress needs to stop demonizing Wall Street." Because this op-ed was written back when she wasn't working so hard to obscure her actual positions on various issues, she hints that she was opposed to Congress' attempt to tax executive compensation.