And the world wept: Alex Wong leaves "SYTYCD" due to injury

The best dancer in the competition is going home, done in by a lacerated Achilles' tendon 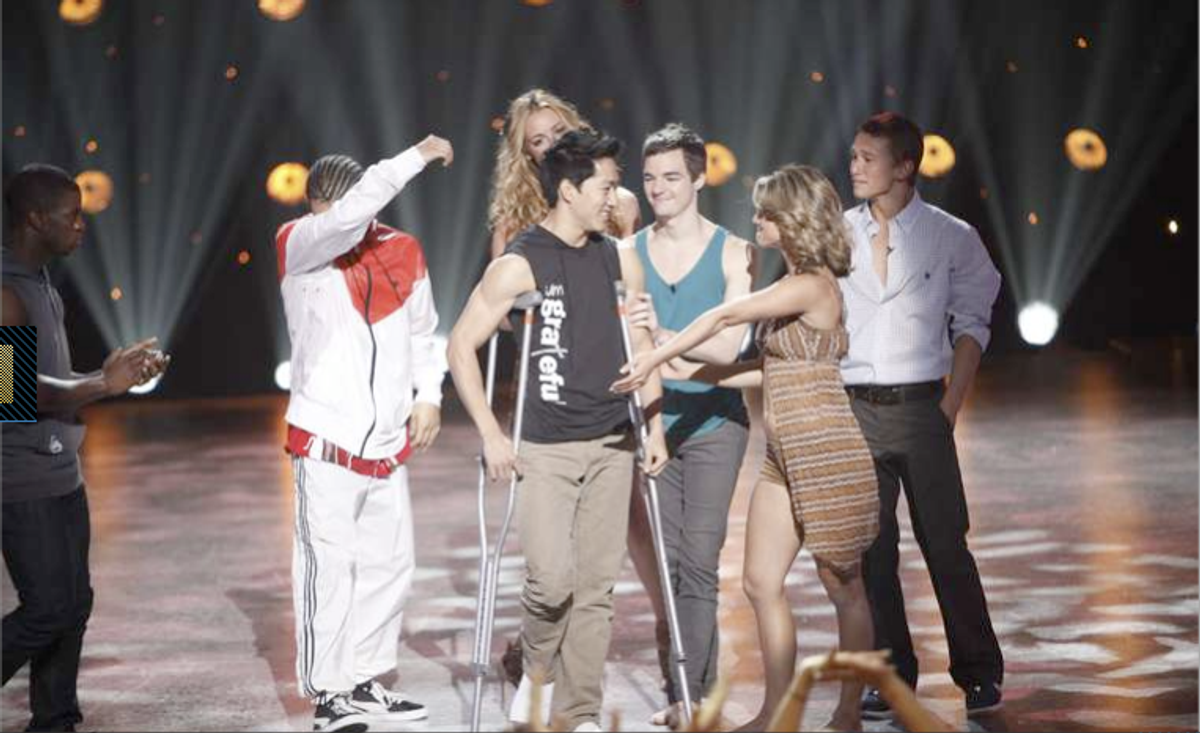 I know it's just a show. The dancers are real people, sure, but it's just a show, and my (our) connection to them is strictly one-sided. We make it real by voting for them, forcing that gossamer bond with people who couldn't pick us out on the street, but "So You Think You Can Dance" is, at the end of the day, entertainment., and we are the emotionally manipulated.

But I still cried my face off when I found out that Alex Wong, "The Beast," the sweetly humble powerhouse with the inhuman ability, had a lacerated Achilles' tendon that was ending his skyward trajectory on the show. Like, I had to take my glasses off, because they fogged up with my bitter tears. The judges were crying, Cat was crying and every single dancer was in the ugly-crying place. Even Ashley and Billy, the other performers up for elimination this week, didn't seem to register one iota of relief at their reprieve, so upset were they about Alex. The funny part is: we don't know, for sure, that Wong would've won the whole kit and kaboodle, but it would've taken him spewing Mel Gibson-esque racist tirades on live television to lose. So now the other performers are dancing for second place. Woe are the next season's contestants, because the minute Alex Wong is back on the show (and he will be, without all the silly auditioning, I hope) those other guys are going to have to set themselves on fire to get votes. So, to our beloved "Beast": fix the Achilles', get your sweet ass to physical therapy, and come back to us, lickety split.

All the other stuff: We learned that Adechike is bulletproof. I think the judges would've sent him packing more than once if they were given the opportunity. Except, maybe, for Mia, who -- wait for it -- apologized for being such a you-know-what on Wednesday night. The night was just full of jawdroppers.

We saw that a safe Robert is a happy Robert, and I hope he gets a little confidence boost from avoiding the bottom three this week. Although I suppose he still could've had low votes, and Alex bumped him up a slot. Let's not think that way. And what the hell was Cat wearing tonight? Polyester batik feathers? Tortoiseshell? It looked like her dress was made of Monarch butterfly wings, carefully sewn to starched fabric by tiny slave labor fingers. With a saddle for a belt. I was entranced by Anya and Pasha's first partnership on a "SYTYCD" stage, but "ballroom face" creeps me out. "In the Heights" was perfectly fine. Natasha Bedingfield came off like a refreshingly adult pop star who wears underwear and can probably sing without Autotune.

Now, the tenor of the rest of the competition changes. Alex's presence will be sorely missed, likely all the way to the finale, when the producers will probably wheel him out on stage to cry and wave at the audience as a reminder of what could have been. The best we can hope for at this point is that the remaining 7 dancers sporadically give us something thrilling enough to distract us from the Wong-shaped hole in our hearts.

It's just a show?