Alan Greenspan gets his reward 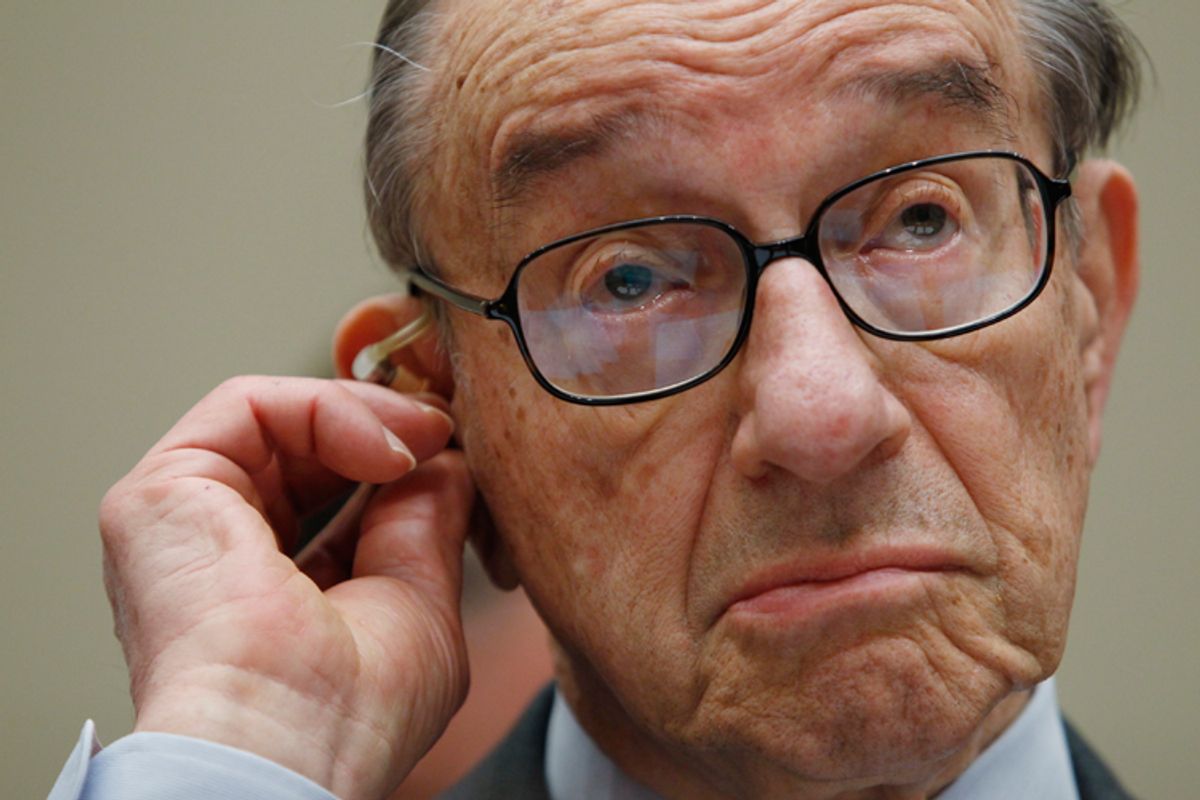 In 2007, hedge fund manager John Paulson made $3.7 billion by betting against subprime mortgage-backed securities. He is notorious for convincing Goldman Sachs to create such securities, backed by the riskiest mortgages Paulson could identify, simply so he could bet against them -- an astonishing act of irresponsibility that succintly captures, all by itself, the moral bankruptcy of Wall Street during the last decade.

Paulson made minor headlines a few weeks ago when he donated $20 million to his alma mater, New York University's Stern School of Business. But I did not learn until this morning, via The Big Picture, that a portion of those funds was designated to endow the Alan Greenspan Chair in Economics.

Alan Greenspan is on record as supporting the innovation in mortgage products that ended up going kablooey in the dot-com bust. He was warned that mortgage lenders were running amok but did nothing to stop it. One can even argue that no single person has done more than Alan "the Maestro" Greenspan to intellectually support the thesis that the financial sector should be regulated as little as possible.

So, to be blunt, Alan Greenspan's hard work made John Paulson's big bet possible. Let's hope at least some of the students taught by whoever occupies the Greenspan chair devote their energies to understanding exactly how that happened.