Bill Kristol will protect Israel with attack ads against Democrats 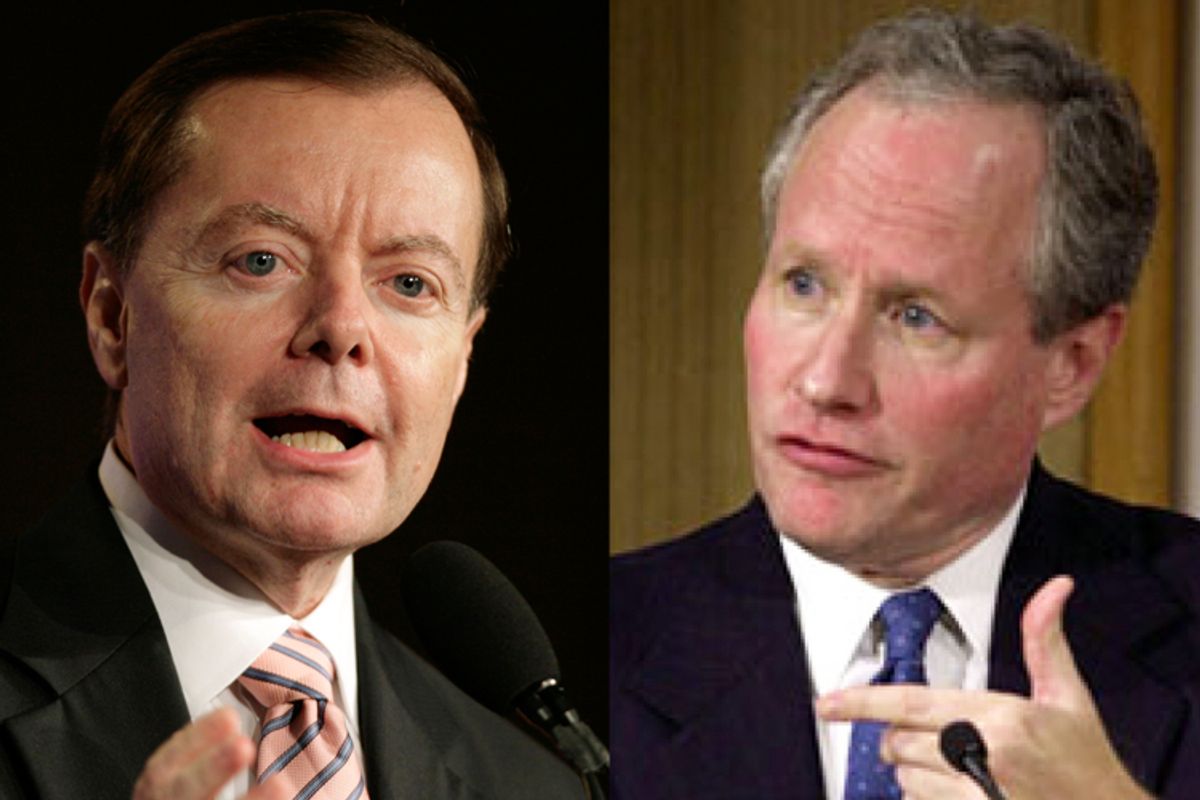 Israel, a wealthy Middle Eastern nation with a powerful army and nuclear weapons, has long been under attack from Barack Obama, who hates them for their freedom. Obama hates Israel so much that he would like to encourage them to make the concessions necessary for their survival as a democratic state, and he expresses his hatred by negotiating with their leaders and constantly affirming his support for them. Thankfully, Hero of Democracy Bill Kristol is here to save Israel, along with some donors whose names will never be disclosed, because of freedom. Kristol is part of a new group called "The Emergency Committee for Israel," and they will save Israel from Obama by airing attack ads explicitly linking Democrats to terrorists, because it is still the years 2002 and 2004.

Here is their first stirring call to arms. It is titled "Sestak's Record," and it will air this week on Fox, CNN, and during a Phillies game:

Is Gary Bauer worried that this new "pro-Israel" group's explicit partisan Republican leadership and anti-Democrat campaigning will further the growing partisan split in American support for Israel? Nah, he's not sweating it:

“I encourage our Democratic friends to have a competition with us on who can be more pro-Israel, because I think it’s in the interests of the United States and not a political party,” he said. “I’m really hoping that people like Senator [Chuck] Schumer and others will aggressively speak out for Israel at a time like this.”

I bet Senator Schumer will continue to aggressively speak out for Israel. And perhaps he will again admit that Israel was engaging in collective punishment of the people of Gaza, which apparently you're not allowed to say, according to this attack ad against Sestak, unless you're defending the practice, as Schumer was.