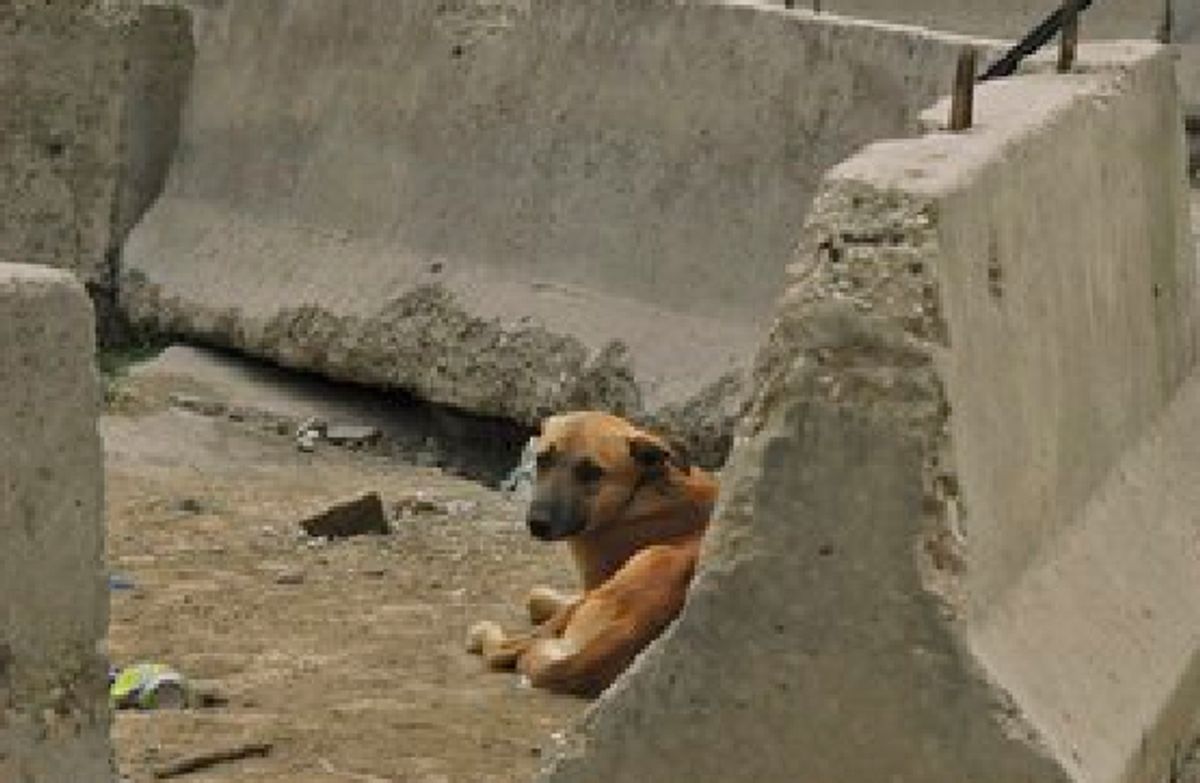 FILE - In this Nov. 23, 2008 file photo, Iraqi police officer Qassim Ahmed takes aim before shooting a stray dog in the Mansour neighborhood of Baghdad, Iraq. Baghdad officials say 58,000 stray dogs have been killed in and around the Iraqi capital over the past three months as part of a campaign to combat dog attacks. (AP Photo/Asaad Mouhsin, File) (AP)
--

Teams of veterinarians and police shooters have killed some 58,000 stray dogs in and around the Iraqi capital over the past three months as part of a campaign to curb an increasing number of strays blamed for attacks on residents.

The Baghdad provincial government said in a statement released Sunday that 20 teams have been moving around Baghdad and the outer-lying districts daily looking for and putting down the dogs. The operation, which was first announced in late 2008, only truly took off this April after funds were allocated for the project.

The surge in strays -- estimated by provincial officials to number around 1.25 million -- is ironically linked to what officials say is an improvement in some elements of daily life in Baghdad, a city that for seven years has been struggling to return to normalcy after the 2003 U.S.-led invasion to topple Saddam Hussein.

Officials with the provincial veterinary directorate said that with open-air markets and bustling city life returning, the dogs are able to find more food and are having bigger litters.

Figures for the number of attacks by packs of stray dogs were not available Saturday, the last day of the weekend in Iraq.

But officials said resident complaints have increased steadily in tandem with the rise in the stray population. In the capital, dogs have attacked children, in some cases killing them.

Efforts since the campaign was first announced in 2008 met with limited success because of a lack of funding and follow-through. There are not believed to be any dog shelters in Baghdad.

The teams begin their work daily at 6 a.m., and coordinate with relevant security forces in the area -- ostensibly to ensure that their presence does not draw retaliatory fire by security forces who may mistake them for insurgents.

Provincial officials said before the teams move into an area, residents are also notified, and warned to not pick up meat they find on the ground because it could be the poisoned food used to lure and kill the dogs.

Under Saddam Hussein's regime, stray dogs were routinely shot. But their numbers grew steadily following the 2003 U.S.-led invasion when a host of more serious security issues sidelined efforts to deal with the dogs.