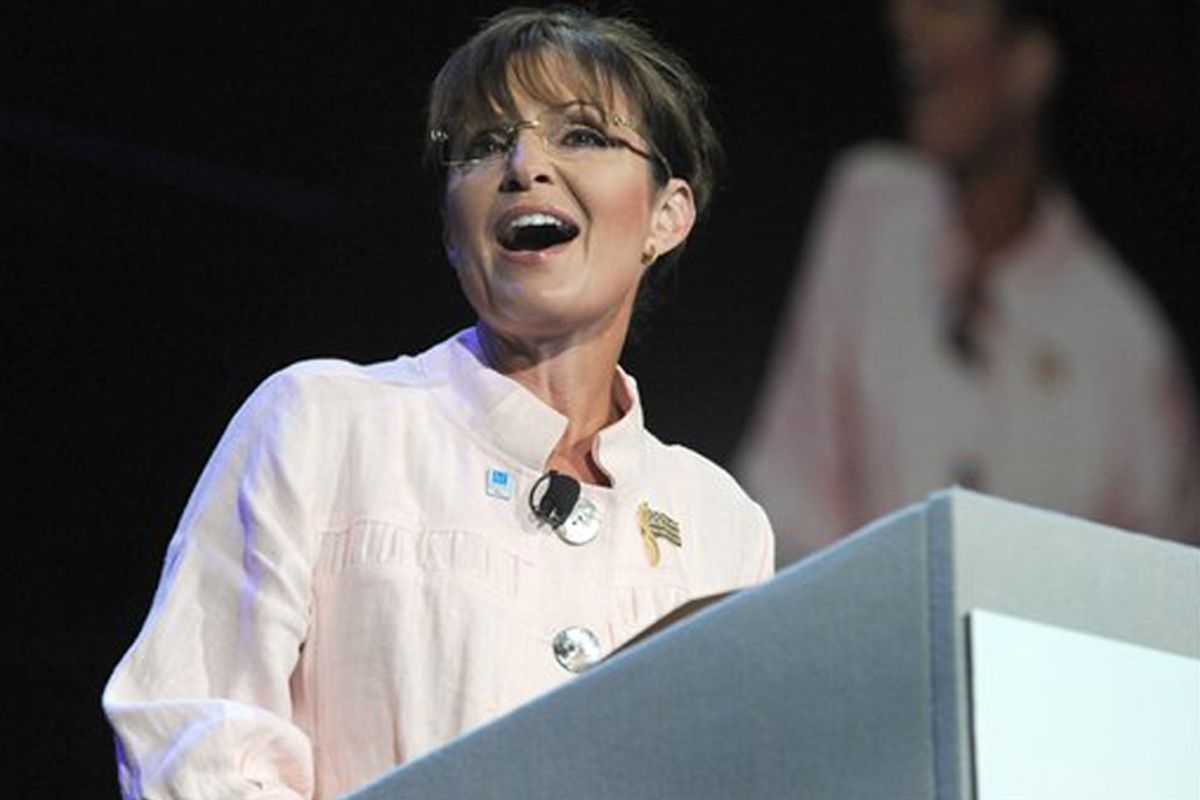 This originally appeared at Hullabaloo:

Over the week-end, gasbags were all atwitter about whether Sarah Palin's SarahPAC fundraising means she is running for president. And gosh, what on earth was that Mama Grizzly ad all about? Why it didn't talk about any issues at all and just featured Palin and her fans! (Marc Ambinder presents the whole array of possibilities here.)

I find it very telling that the Villagers don't get what's going on here. She is not a serious politician. She is a political celebrity/entrepreneur, collecting money from her fans to fund herself and sell her brand. To the extent that she is working for anyone but herself, she's working for The Republican Party, bringing together some of the disparate strands of the conservative movement, striking the pose of the "outsider." But that is the extent of her serious commitment to politics.

Palin is a "reality" entertainer. Look on the covers of the celebrity magazines and you'll see lots of them. There's a lot of money to be made by someone like her in merchandising alone, much less personal appearances, books etc. I'm guessing she'll find herself on the personal growth/religious circuit too, along with her reality show on TV.

She is a creature of the new political media, maybe the first pure version of her kind. As soon as people grok that, her fund raising and touring will begin to make more sense. But I would be shocked if she would ever feel the need to subject herself to parochial elective politics again. It's not where her talents and ambitions lie.