What else is there to say about this case of justice interruptus? 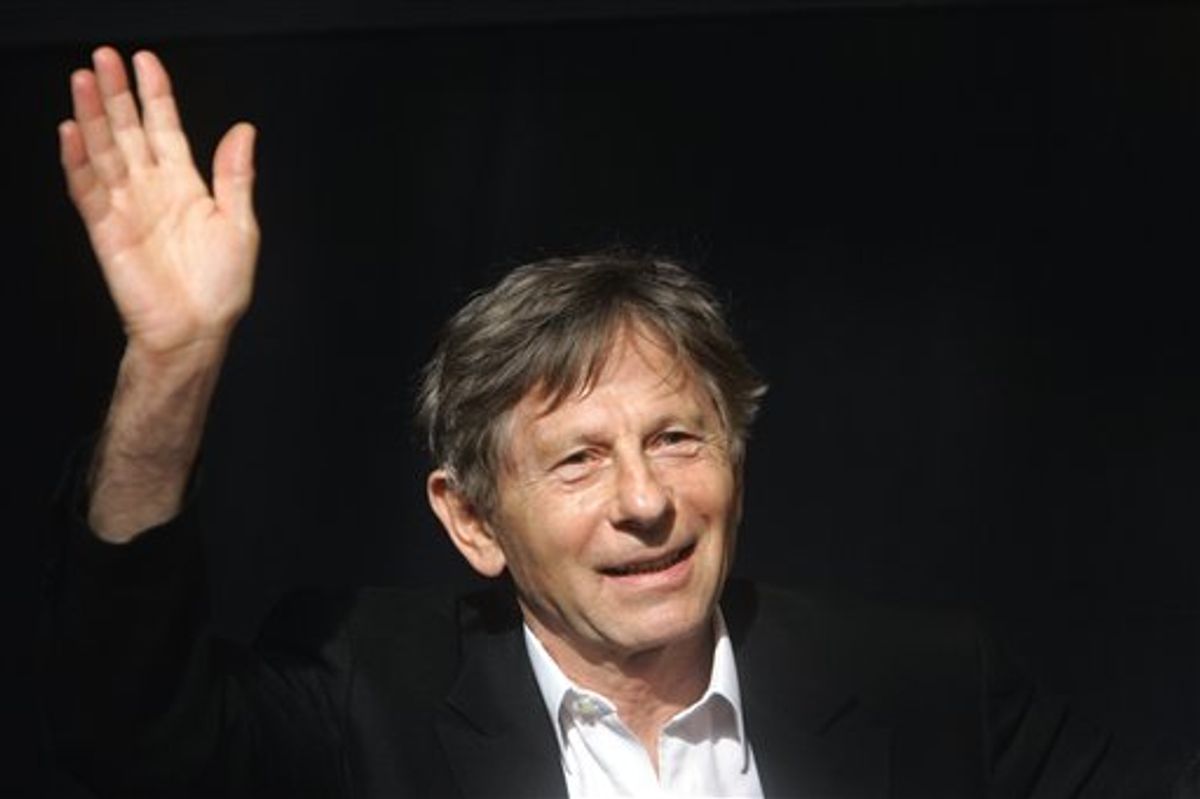 FILE - IN this French-born film director Roman Polanski waves during a media presentation in Berlin. The Swiss government says it will make an announcement Monday July 12, 2010 about Roman Polanski's extradition to the United States for a 1977 sex case. The government says Justice Minister Eveline Widmer-Schlumpf will hold a news conference in the capital Bern at 2 p.m. (1200 GMT; 8 a.m. EDT) "on the matter of the Roman Polanski extradition decision." (AP Photo/Franka Bruns, File) (AP)
--

I just stuttered and "um"-ed my way through a BBC radio interview about Roman Polanski's new-found freedom. That's because I didn't know how to adequately answer the host's question: What do you make of this news? It might also have something to do with freezing up in front of a global audience of -- god, I don't even want to think about it. Mostly, though, I didn't know what to say, aside from: "But, but ... he fled final sentencing."

Swiss officials say their ruling was purely technical and hinged on the United States' refusal to supply a confidential transcript of a hearing with the prosecutor in charge of the case. This should come as no surprise to Swiss authorities: A court ruling barred the release of the requested material. As a result, though, the Swiss say they were unable to "exclude with the necessary certainty" that Polanski had already served his sentence. He was ordered to serve a 90-day psychiatric evaluation and was released after only 42 days, thanks to a favorable review. But even more important: he fled sentencing.

Of course, his supporters point to judicial misconduct -- by way of inappropriate communication between the judge and the prosecutor -- and argue that the charges should be tossed out as a result. As Brian Palmer explained in Slate, however:

It's amazing how much about this case has to be repeated, again and again -- as Kate Harding did with her Broadsheet post titled, "Reminder: Roman Polanski raped a child." One rarely thinks of child rape as the sort detail that is easily forgotten -- not to mention the initial charges of child molestation, rape by use of drugs and sodomy -- but so it was in the wake of the director's arrest late last year. And, once again, I find myself resorting to a single, though different, refrain.

Some are grasping for an optimistic angle, suggesting that the extradition denial might be a good thing for Polanski's victim, who has voiced her desire for the whole thing to just disappear. As Jezebel's Anna North pointed out during the BBC segment this morning, it would have disappeared a long time ago if the state of California hadn't waited over 30 years to actively pursue and settle the case -- or if Polanski hadn't fled sentencing.