Apple remains mum on Consumer Report's refusal to endorse its new toy, and any antenna fix is unlikely 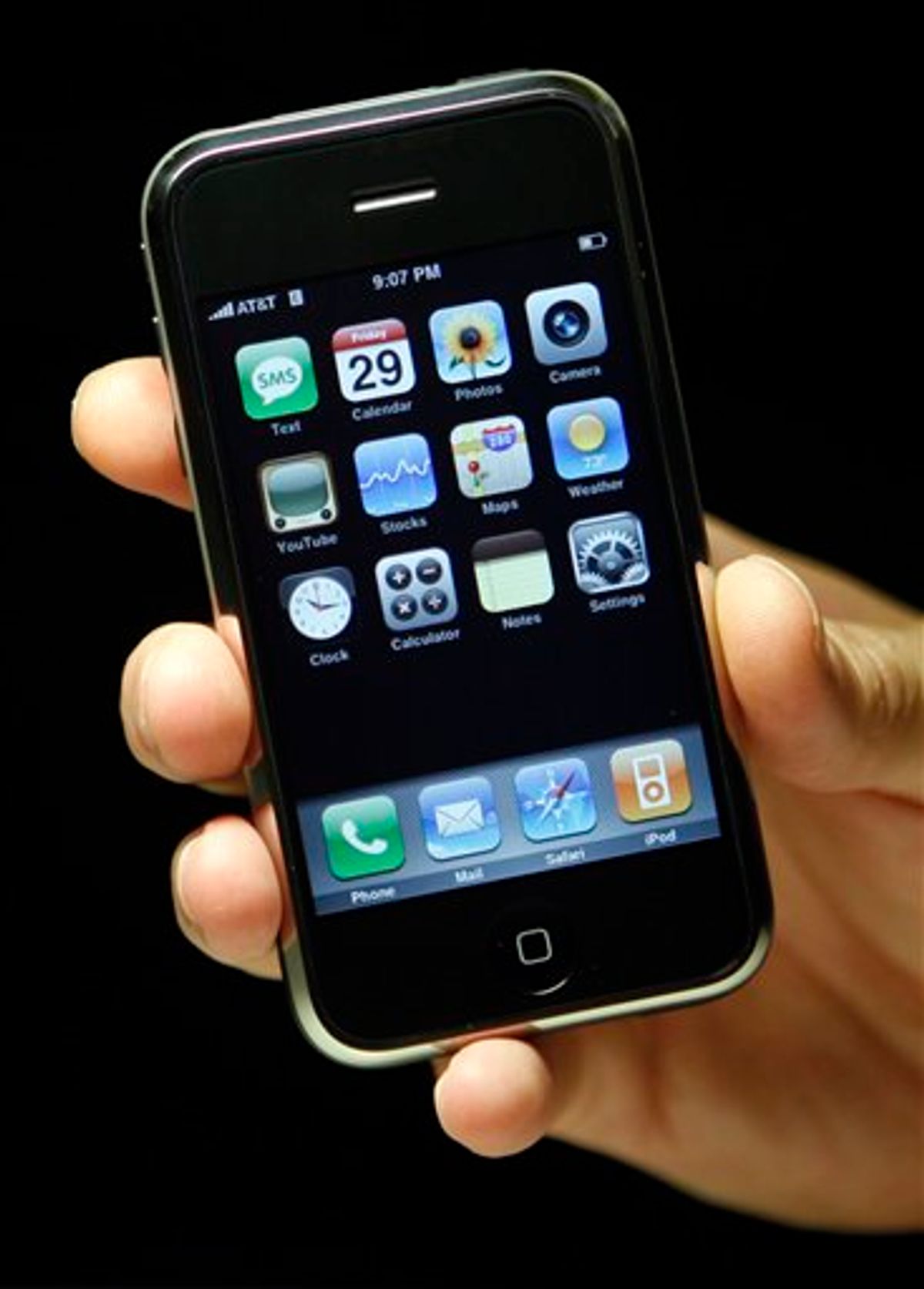 FILE - In this file photo taken June 29, 2010, the Apple iPhone 4 is shown at the Apple Store, in New York. A decision by Consumer Reports not to recommend the iPhone 4 because of reception issues could tarnish Apple Inc.'s reputation, but the snub isn't likely to dissuade fans who have braved poor reception for years.(AP Photo/Jason DeCrow, file) (AP)
--

The hits keep on coming for Apple, distributors of the now-famous "Death Grip" iPhone 4. Consumer Reports dealt the computer company a blow by refusing to recommend the new iPhone, and stating that the antenna issues are not related to a software problem, as Apple indicated. After that news broke, the usual tech-related message boards ware awash with comments, accompanied by reports like the Washington Post's that Apple's tech support folks were deleting entire threads of conversation in order to curb the visibility of the Consumer Reports piece. Although the Wall Street Journal points out that people are still buying the phone, so any imact on sales has yet to manifest. Apple, for its part, has officially said nothing, as AP notes.

Possibly spawned by the Consumer Reports assertion that Apple needs "a permanent—and free—fix for the antenna problem," recall rumors have taken hold of the Internet. Cult of Mac conducted an interview with PR experts who say Apple needs to do it quickly, and that it's "inevitable." PC World asks its "Geektechers" if a recall will really happen, and CBS News says if it does happen, it'll cost Apple $1.5 billion. Which is only 3.5% of the company's total cash on hand. Or they could buy everyone rubber bumpers.