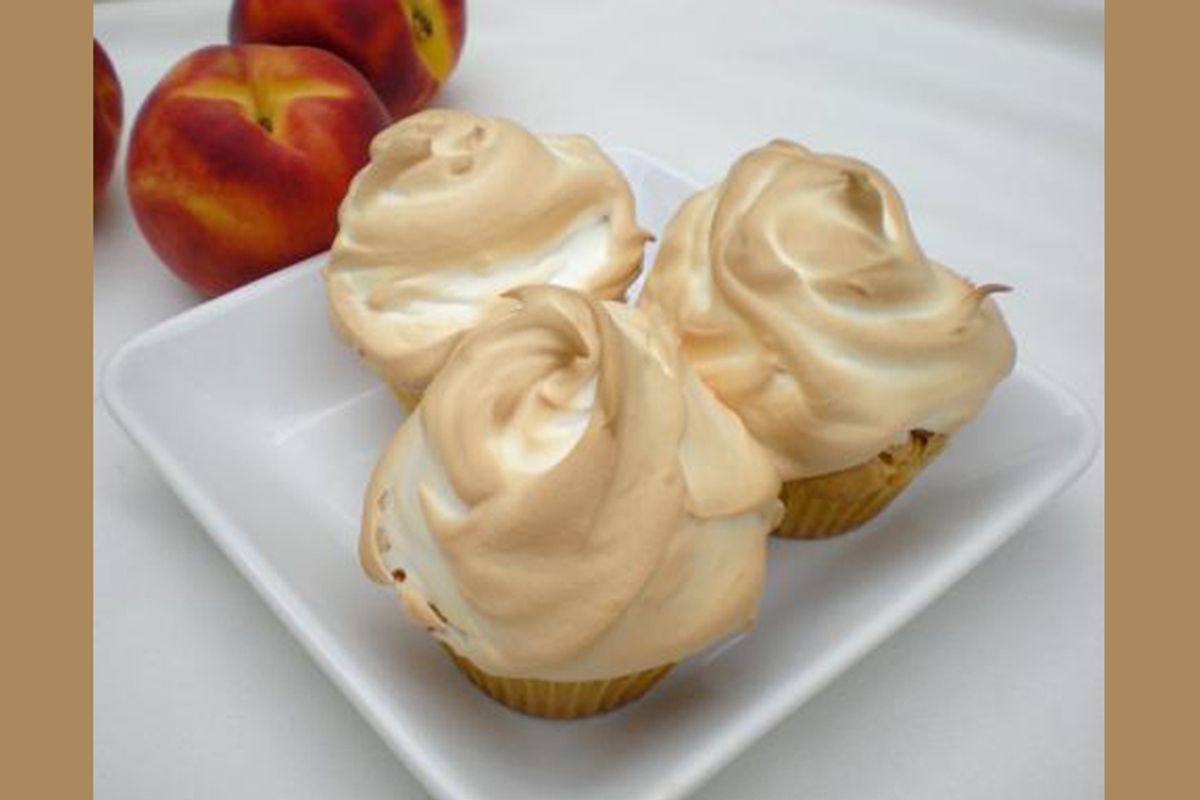 If you hold Macon, Ga., near to your heart then you recognize the acronym HMFPIC from the classified ad placed in the Macon Telegraph & News each June 1. The ad didn't announce a clandestine meeting, but an ice cream event: Homemade Fresh Peach Ice Cream at Len Berg’s restaurant on Post Office Alley next to the Federal Courthouse.

Macon is close to Fort Valley in nearby Peach County, home of the Blue Bird Bus Co. and the sweet Georgia peaches at Lane Southern Orchards. When the first peaches were picked and brought to Len Berg’s, they were churned into a creamy vanilla custard ice cream. To get the word out, each June 1, Maconites could look in the back pages of the Telegraph, not in a display ad, but the classifieds, for the cryptic message: “HMFPIC - You Know Where.”

Len Berg's was an original, in business from 1908 until it closed just a few years ago. The building was small, with unusually low ceilings, but the location, especially to feed the lunch crowd, was grea: in the downtown business district close to both the federal and the county courthouses. The menu was classic meat-and-two-or-three, with excellent Southern vegetables. I managed to get to Len Berg’s a few years before it closed. I had some tasty fried chicken and a pimento cheese sandwich; this is kind of a Macon thing, like chicken and waffles everywhere else. And we concluded with HMFPIC.

I make my own HMFPIC and the key is to use dead ripe peaches, the soft fragrant fruit that is just hours from being compost. Here’s my version of peach ice cream, using these gorgeous California peaches. I know, I should be ashamed, but the market had California peaches, not Georgia ones. They are pretty, though, aren’t they?

I use a Krups ice cream maker, the kind with the canister that goes in the freezer. I’ve had many kinds of ice cream freezers through the years, beginning with the hand-crank kind that required ritual layering of ice and rock salt. I found this cute ice cream maker at an estate sale for $4. I’m hoping the American Pickers will stop at my house and offer $10, then I’ll know I did well. Hey, Paul Hinrichs, betcha don’t have one of these!

You can finish reading the story here, but if you’re the kind of person, like me, who enjoys a culinary challenge, then get ready to make the coolest cupcakes you’ve ever seen: Baked Alaska cupcakes, or as I’ve come to call them, Baked Aleutians.

This is my year of Baked Alaska. I turned one out in February for the SKC Frozen Treats category, in honor of the Jamaican bobsled team of the Calgary Olympics. It was a Roasted Banana Coconut Ice Cream with Blue Mountain Coffee Ganache in Pound Cake smothered in a marshmallowy Italian Meringue. It was exquisite and yummy and a glorious pain in the patootie to make -- cake, ice cream, ganache, meringue. Take a picture and eat.

Upon seeing that the category for this week was ice cream and that frozen desserts such as Baked Alaska were welcome, I e-mailed Francis Lam informing him that I had made my Baked Alaska for 2010, but (I’m not sure where this even came from) I might make a Baked Alaska cupcake. Just off the top of my head, I wrote that it would have to be called Baked Aleutians. Francis’ reply: if I made Baked Aleutians, that would be genius. That, my friends, is a gauntlet, the glove on the ground that I can’t ignore. It was time to don my apron and attack the kitchen.

Baked Alaska and Baked Aleutians require three elements: cake, ice cream and meringue. The cake and ice cream are baker's choice; the meringue is fairly straightforward. Here's how to put it together:

1. For one dozen cupcakes, you will need poundcake baked in muffin tins with paper liners. After they are baked, scoop out a small portion of the filling so the ice cream has a cup to hold it.

2. Make a meringue. This is a glorious thing to have in one’s repertoire. Shirley Corriher’s Italian meringue from "Bakewise" is tried and true and will launch this dessert into the stratosphere.

3. Scoop a ball of ice cream into the cake. I used Fresh Peach Ice Cream for a dreamy taste of Georgia summer.

4. Generously swirl on meringue. Make sure the meringue completely covers the ice cream; it helps as insulation to keep the ice cream from melting. You can be fancy and pipe the meringue, but I used a spoon and swirled it onto the ice cream. If you're the kind to use a pastry bag, you probably have a brûlée torch on hand, too, and that does a beautiful job. Otherwise, toast the assembled cupcakes  in an oven set on 425° for a few minutes, just enough to get browning on the meringue.

With special thanks to Abrawang, who left the Aleutians joke as a comment on my previous Baked Alaska story.